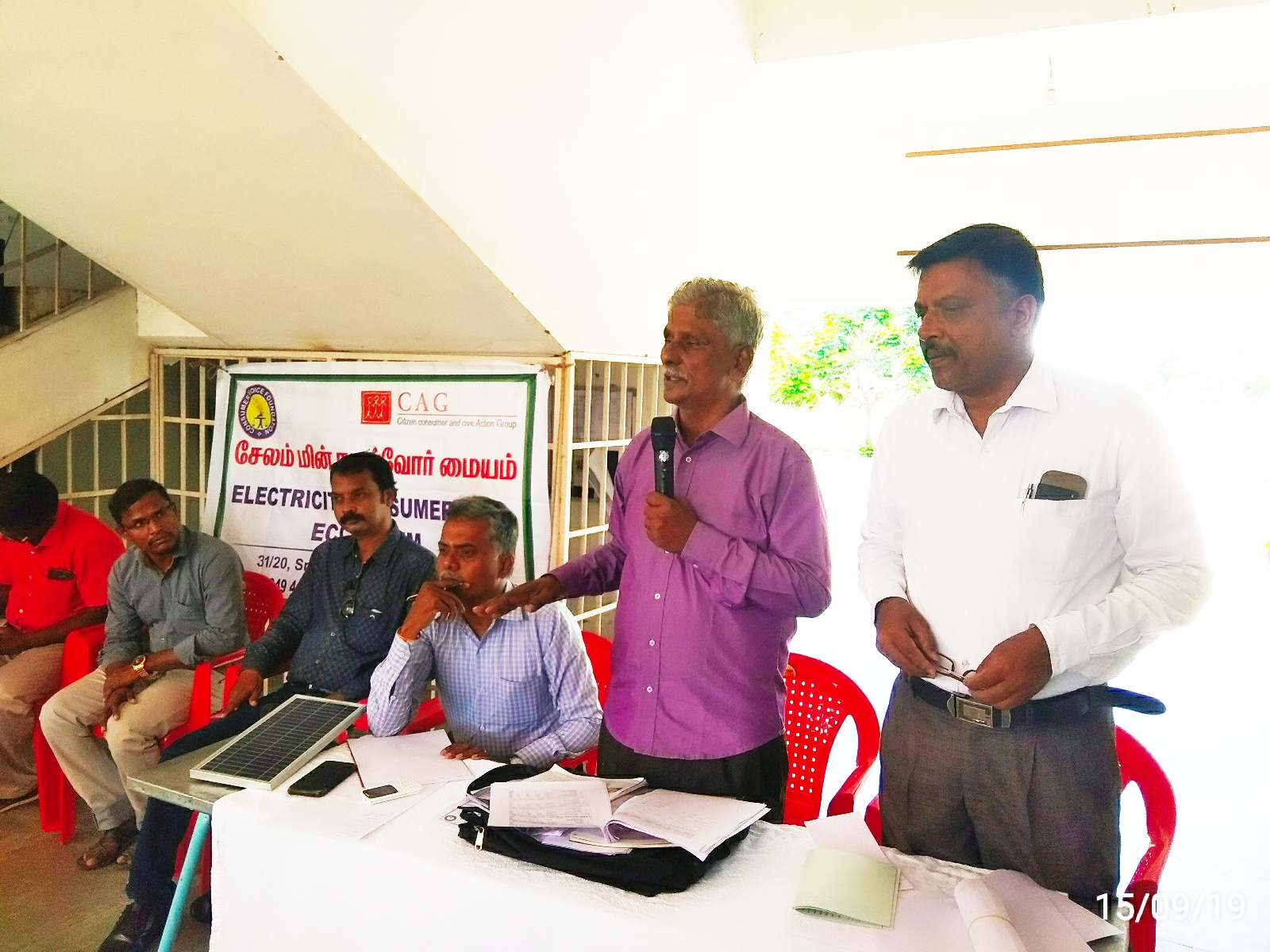 Mr. Shanmugam, Advisor, ECC-Tirunelveli, described the functions of ECC and ECC’s collaboration with TANGEDCO  in solving complaints and their extended support in addressing the high value complaints by the Executive Engineers. He also mentioned that the majority of the complaints are solved over a telephonic conversation. 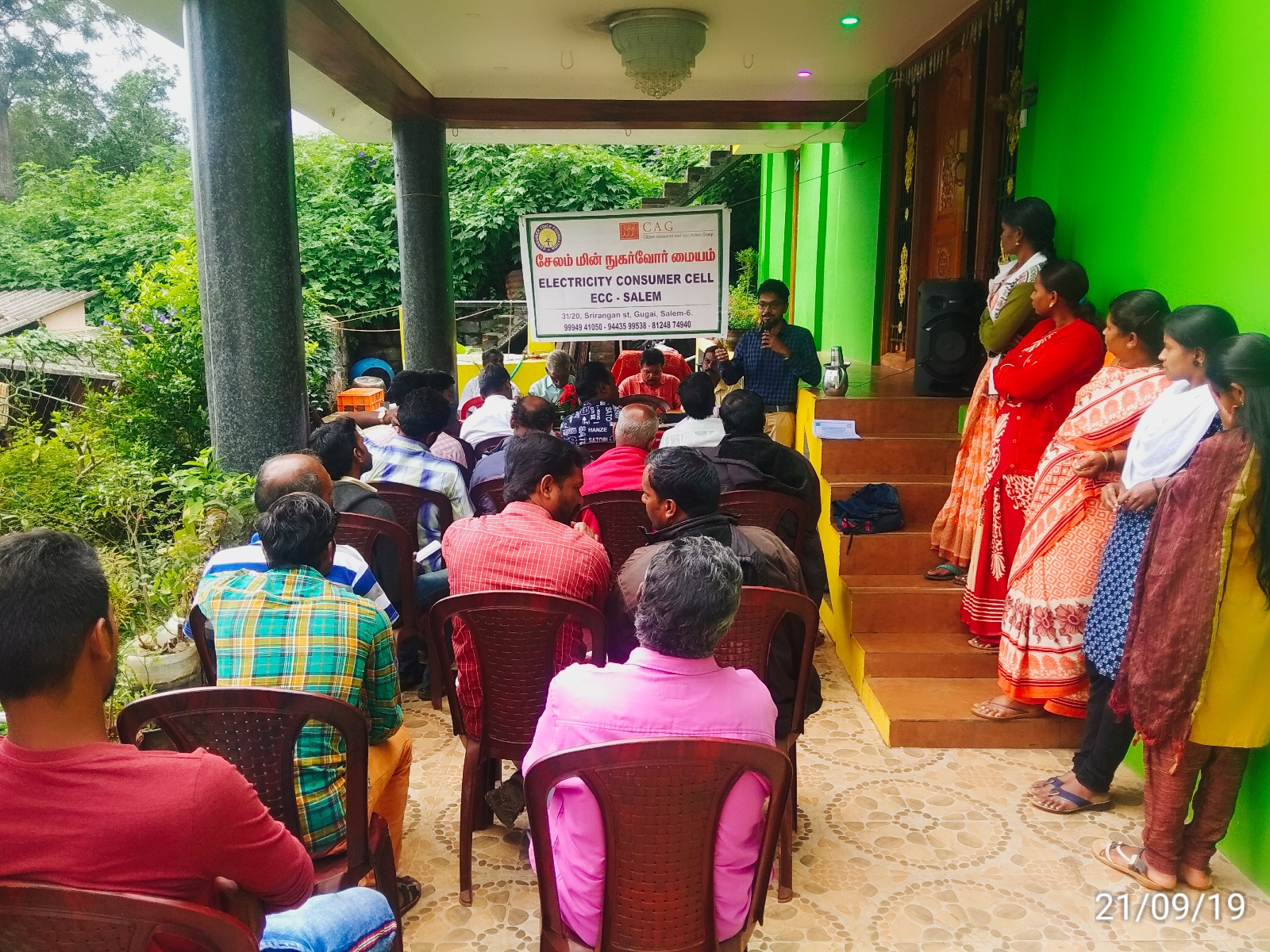 R. Natarajan, Junior Engineer, Rural East, Tiruvannamalai, started his speech by saying that ECCs are bridging the gap between consumers and TANGEDCO in an effective manner. At the end of the session, the participants clarified their doubts;  few complaints were solved in the outreach meeting itself. On being asked why TANGEDCO had installed electronic meters in rural areas, he replied that this was to calculate the electricity consumption precisely. 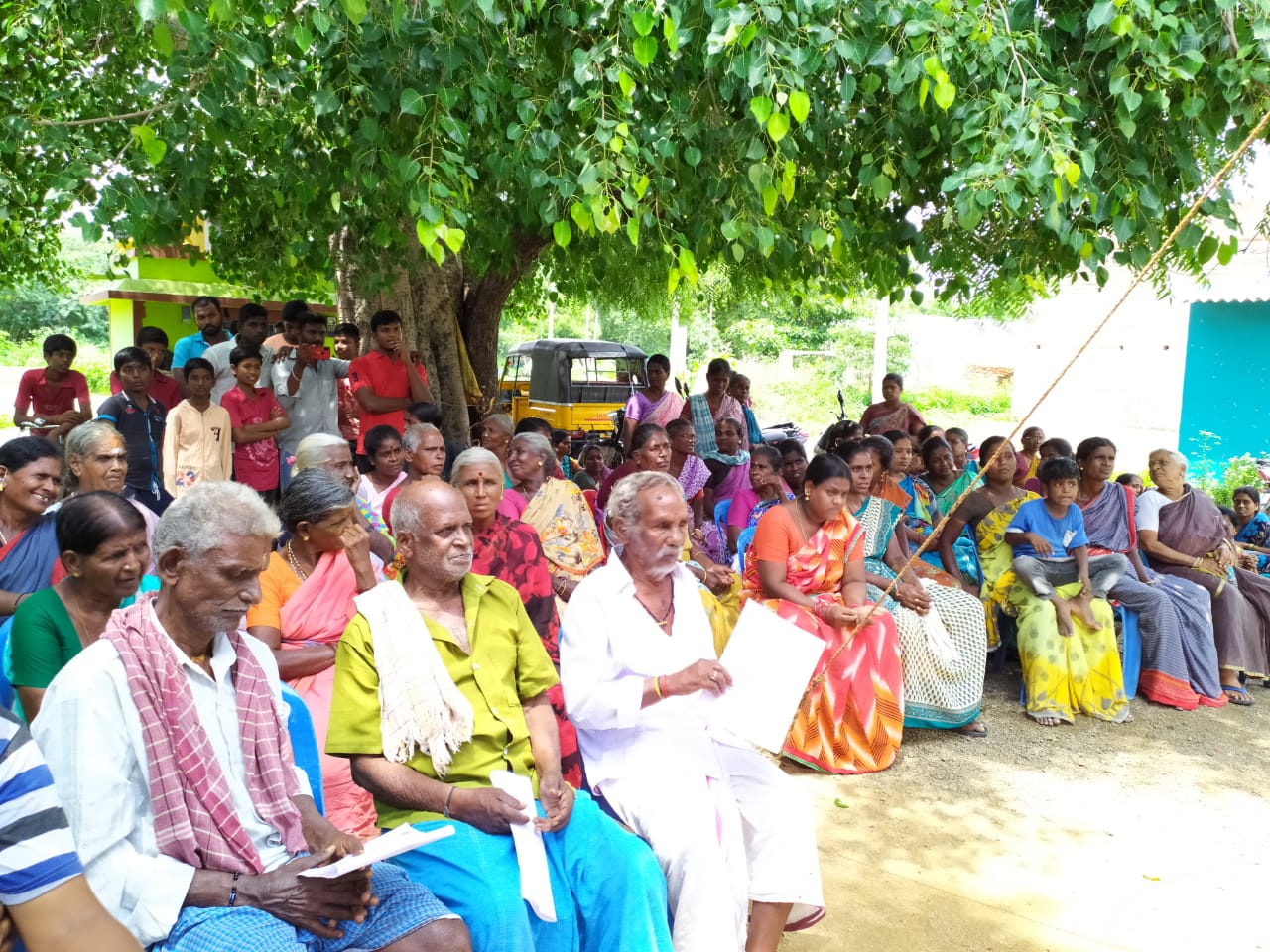 Mr. S. Loganathan, Trichy's Electronics, demonstrated the benefits of using solar energy and the process of installing the rooftop solar. During the session, few participants asked questions about the quality of the panels, manufacturers, warranty, and related questions. 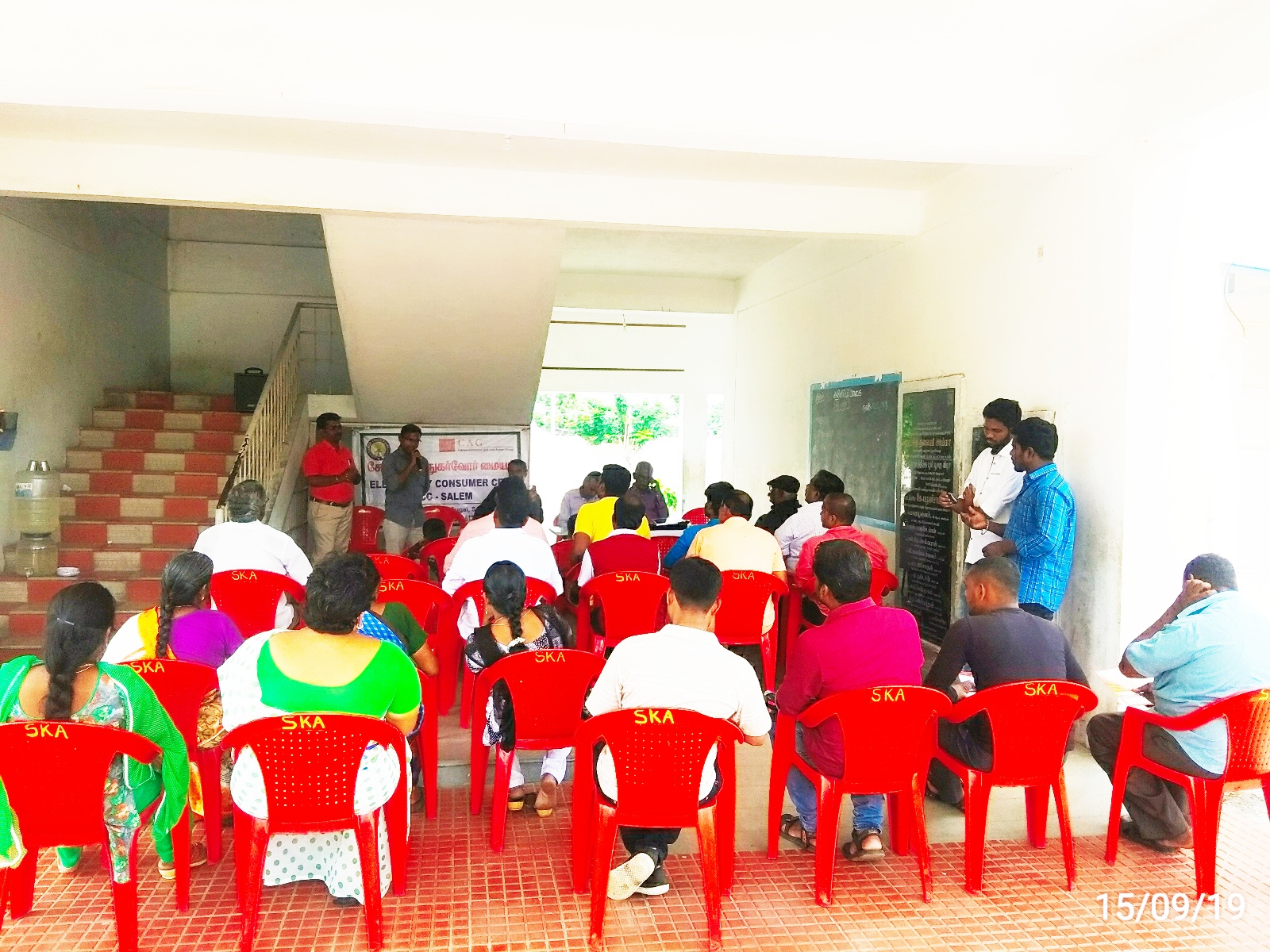 At the end of the session, few participants registered their complaints on the following:

1) Mr.X, small shop-keeper from Trichy registered a complaint that the transformer near his shop often sparks during the night. Mr.Velusami, Advisor, ECC-Trichy advised the complainant to draft a written letter to the Assistant Engineer.  2) Mr.Y, a domestic consumer from Cuddalore had registered a complaint about the delay in getting a new connection. Mr. Radhakrishnan, Advisor, ECC-Cuddalore, advised the consumer to submit a copy of documents, letter and application form to TANGEDCO and send a photocopy of the complaint to ECC Cuddalore.

3)  Ms.Z, from Tiruvallur, complained about the damaged pole which is near to her house. Mr. Ashokan, Advisor, ECC Tiruvallur inspected the damaged pole and instructed the complainant to register it through the TANGEDCO’ Whatsapp number.