Are geoengineering projects in India an effort at greenwashing? Status and risk analysis

As climate change becomes a reality, industries are under pressure to find solutions that will abate this. A green recovery from COVID-19 can catalyse the much needed transformation to combat climate change, but humanity seems to be missing the bus, and instead is turning to ideas previously seen as too radical. Geoengineering is one such effort that until now was seen as very risky. Geoengineering is a deliberate, large-scale technological attempt to manipulate Earth’s natural climate system with the aim of counteracting the damaging aspects of climate change. Is geoengineering a real step towards a fossil-free future or is it just painting the fossil fuel industry green? Geoengineering  can be split into two broad categories: carbon geoengineering and solar geoengineering. While carbon geoengineering looks to remove carbon dioxide (CO2) from the atmosphere, solar geoengineering looks to reflect a fraction of the sunlight back into space. Carbon geoengineering, by halting the accumulation of carbon dioxide in the atmosphere, attempts to break the link between (industrial) emissions and (atmospheric) concentrations. Solar geoengineering on the other hand aims to break the link between (atmospheric) concentrations (of CO2) and the subsequent increase in global temperatures (global warming), thereby delaying a few damaging aspects of climate change. Carbon geoengineering technologies consist of capturing CO2 directly from the ambient air (DAC), from anthropogenic emitting sources like thermal power plants, and is called carbon capture. Carbon capture is often followed by its utilisation in industries requiring CO2, and/or storage (CCUS) in deep underground/below ocean surface geologic formations like old oil and gas wells or saline aquifers, and are also clubbed under an umbrella term of land-based geoengineering. India and the United States of America (USA) have recently announced a partnership to work on CCUS in an effort to reduce emissions from coal-fired power plants. There are several other solar geoengineering technologies, known as Solar Radiation Management (SRM), proposals ranging from placing used reflective mirrors into the atmosphere, injecting reflective aerosols like sulfur dioxide and titanium dioxide in the stratosphere, and spraying a fine mist of seawater and chalk in the atmosphere. While this article chiefly discusses commercial scale projects in India, this map offers a snapshot of the different geoengineering projects globally, including India.

One of the most alluring technologies for the fossil fuel industry is to use the captured CO2 in tertiary recovery of oil, also known as enhanced oil recovery (EOR) or improved oil recovery (IOR). Conventional EOR is of three types: thermal recovery, chemical recovery, and gas injection. In gas injection, traditionally nitrogen, natural gas or CO2 from natural sources have been used, while it is only in the last decade that EOR has been linked to addressing climate change by capturing CO2 from anthropogenic sources and using it to extract more oil. Contrary to the mainstream narrative of the urgency to bring down emissions to stem runaway climate change, the shift to CO2-EOR is primarily being catalysed by the fossil fuel industry in face of mounting pressure to decarbonise. In CO2-EOR, they sense an opportunity to greenwash an activity that in essence is only about capturing anthropogenic CO2, then use the same to drill even more oil to burn it, and the cycle of drilling and burning continues. The hope of the fossil fuel industry is that this cycle continues as it is vital to keep them alive and profitable. Primary and secondary recoveries of oil yield about 30 percent of original oil in place (OOIP) in an oil field. Tertiary recovery, also known as EOR, in its conventional form has been around for about 5 decades, and is used with the primary objective of increasing the output from oil fields to up to 70 per cent OOIP. CO2-EOR, a conventional tertiary recovery method historically using CO2 from natural sources, is now being rebranded as CCUS-CO2-EOR, wherein the fossil fuel industries plan to capture CO2 from anthropogenic sources. CCUS-CO2-EOR is being sold as a saviour of humanity against the climate crisis triggered by our heavy reliance on fossil fuels in the first place. 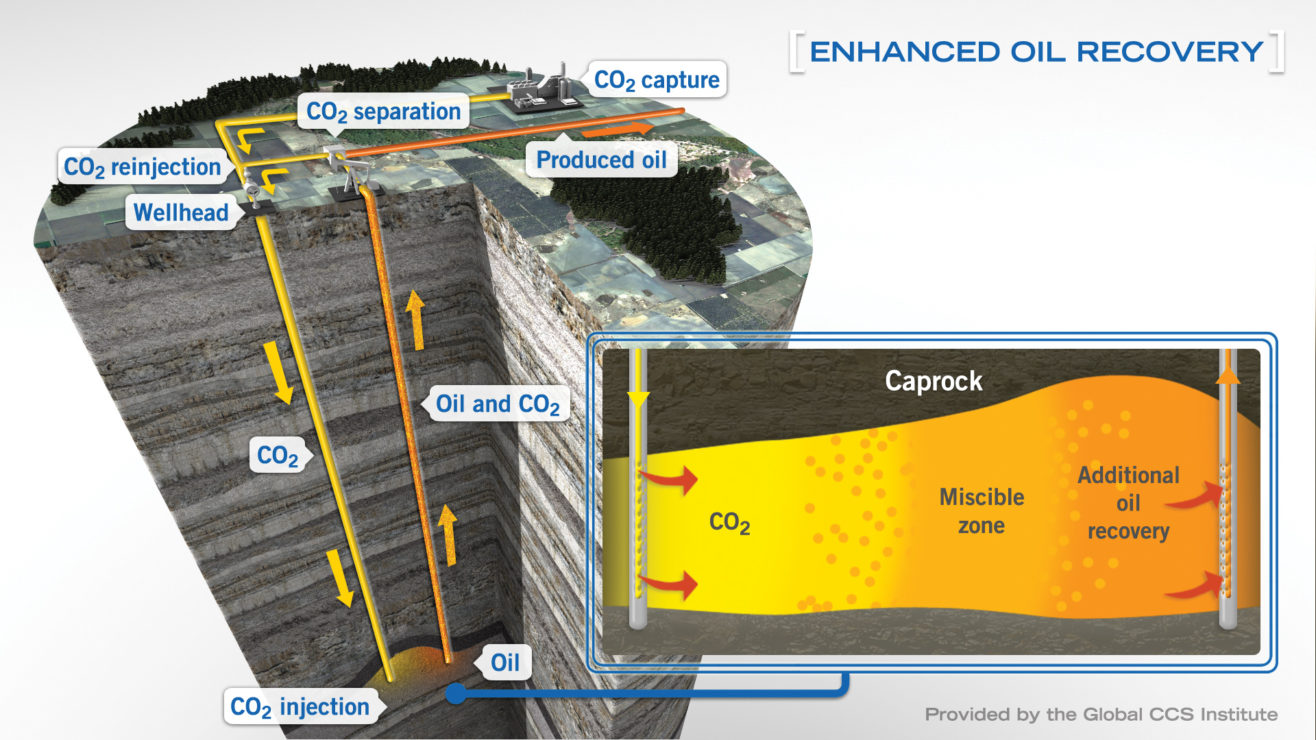 Figure 1: A schematic representation of CO2-EOR

EOR in India is primarily being deployed for additional oil recovery from aged fields and fields with heavy oil such as in the Cambay and Barmer fields. Oil and Natural Gas Corporation (ONGC), Indian Oil Corporation Limited (IOCL), and Cairn Oil and Gas, Vedanta Limited are the major operators using EOR for increased oil output from oil fields in Western and North Eastern parts of the country. The location of an oil field and the type of oil determines what type of EOR would be suitable for maximum oil recovery and therefore, the in-situ combustion (thermal recovery type) and chemical flooding (chemical recovery) are major EOR methods, while gas injection has been used at only a few places in India. However, the concept of sequestering CO2 and its utilisation and storage is gaining fast traction in India with ONGC and IOCL signing a Memorandum of Understanding (MoU) in 2019 wherein CO2 would be captured from the flue gas stacks of IOCL’s refineries in Gujarat and Assam. This captured CO2 would be pumped into existing production wells of ONGC's oil fields in Gujarat and IOCL's oil fields in Assam for enhancing oil recovery. The Government of India (GoI) is providing policy support to the oil and gas sector by requiring assessment of the EOR potential, including providing techno-financial support to make such projects viable. Directorate General of Hydrocarbons (DGCH) under the Ministry of Petroleum and Natural Gas, GoI is the nodal agency providing overarching support to the sector in India. A prominent industry leader in 2016 had spoken of investment support from the government to the tune of ₹ 2.5 lakh crore to 3 lakh crore by 2022 for exploration, development of discovered reserves and for EOR schemes. As mentioned in the previous paragraph, Indian fossil fuel giants too, like their global peers, are looking at CCUS-CO2-EOR to maintain profitability and stay relevant in a world where the need to urgently decarbonise is rising fast.

On the research front, the Department of Science and Technology (DST) has been steering the discussion on geoengineering among the scientific community. A DST organised roundtable with representatives from Ministry of Environment Forests and Climate Change (MoEFCC) and Ministry of Earth Sciences (MoES), scientists from institutions like Indian Institute of Science (IISc), Indian Institute of Technology (IIT) Bhubaneshwar, Delhi and Kanpur, Physical Research Laboratory (PRL) Ahmedabad, and National Institute of Science Education and Research (NISER) Jatni, among others, had deliberated on the path India should adopt with respect to geoengineering. A report of the meeting reveals that the scientific community has adopted a guarded approach to introduction of geoengineering technologies in India, stressing on the need to have a relevant policy framework, and is primarily focused on research in SRM. A DST funded geoengineering modelling study found that SRM through aerosol sprays could impact global water cycle, extreme weather events and cyclones in the Bay of Bengal. One notable exception to this focus on SRM in India is a MoES funded research project at the National Institute of Ocean Technology (NIOT) with the aim to establish feasible technology to capture CO2 from industrial sources and sequester the same in the ocean.

These three articles on land-based geoengineering, marine geoengineering and SRM discuss the risks within each category. Briefly, the broader risks include missing the actual target of decarbonising our civilisation and adopting a low energy lifestyle, losing native forest cover, weaponization of geoengineering, and the geopolitical concerns due to extremely high costs that virtually make it a rich countries club. Large-scale geoengineering projects also have potential to initiate or heighten conflicts between neighbouring countries.

As we enter the decade that determines our future on this planet, it is clear that quick fixes like geoengineering are not going to help avoid irreversible climate change, which is very likely even if the world meets the 2℃ target under the Paris Agreement (the world is already 1.2℃ warmer in 2020). Scientists had warned almost a decade ago, even before a 2℃ target became part of the Paris Agreement, that it was not enough to limit dangerous climate change. They had recommended a 1℃ target or an upper limit of 350 parts per million of CO2 in the atmosphere, 0.5℃ lower than the best case scenario of less than 1.5℃ under the Paris Agreement. The world breached 417 ppm in May 2020, the highest CO2 levels in human history, and the last time our planet had similarly high levels of CO2 was almost 3 million years ago when the global surface temperature was much higher than today and the sea levels were almost 15 to 24 metre higher than today. The International Energy Agency (IEA) cautions that CO2-EOR does not translate into negative emissions i.e. CO2 removal. ONGC’s own monthly digest admits that subsequent burning of oil recovered by CCUS-CO2-EOR would not lead to any net reduction in CO2 emissions. Through computer simulations, researchers have suggested that geoengineering solutions would not work to limit global warming if greenhouse gas emissions continue at the current rate.

The COVID-19 crisis has shown that the path to a climate resilient future is by accelerating our efforts to cease activities detrimental to nature. This is because pollution, emissions, and biodiversity loss are interlinked and the key to combating climate change lies in acceleration and upgradation of our efforts to limit global warming to less than 1.5℃. Efforts to deceive nature by taking shortcuts and greenwashing, offer no real respite or salvation from the disaster we are heading towards.