Doomsday movies invariably are set in barren landscapes where nothing grows with the sun beating down mercilessly. I wonder when we have our Apocalypse, whether it might not be closer to the truth that these future humans will be struggling through a landscape piled high with plastics, so high that the actual earth is not visible. 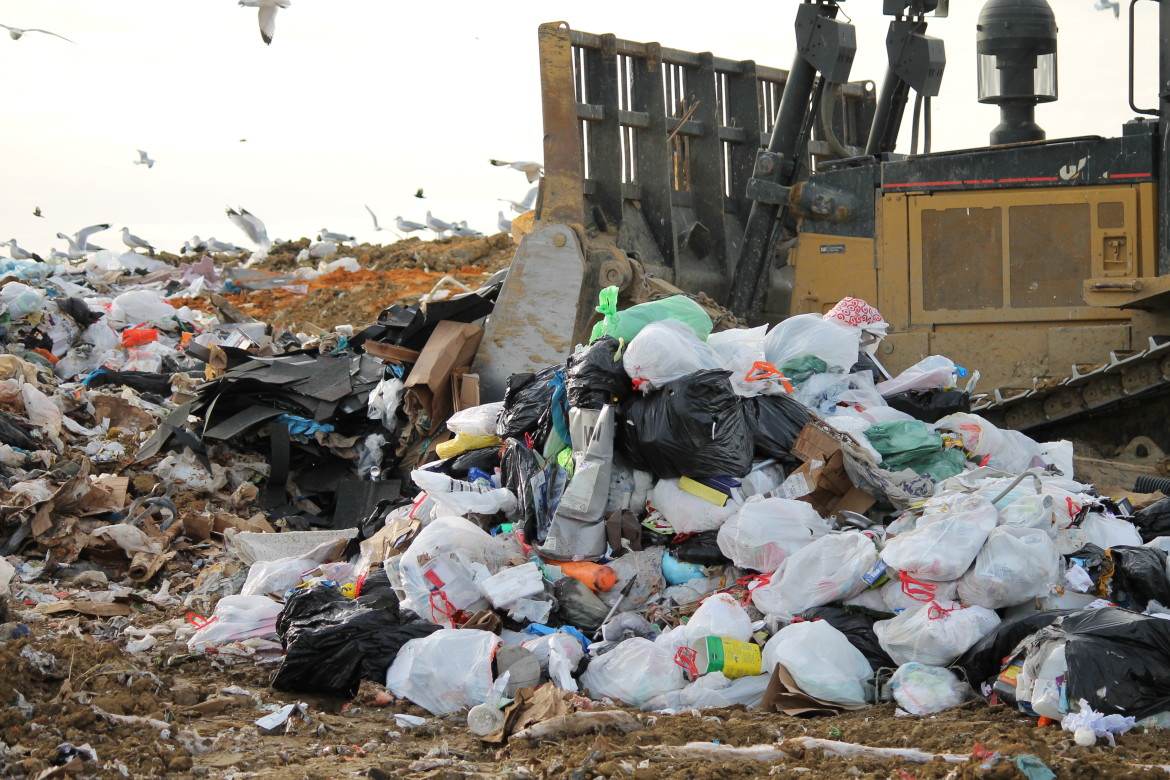 DID YOU KNOW? Plastic was invented only in the 1820s?

Looking at the way we are producing, using, and discarding plastics, this, I think, is a more believable tomorrow than a Sahara-like scenario. For something that was invented just 200 years ago, it sure has made its presence felt in every nook and cranny of the human experience in the last 50-60 years.

So how has something which is an infant in the history of humans, become such a pervasive problem? Plastic, once hailed as a miraculous material, is a byproduct of the oil and gas industry. When crude oil is refined (to produce the petrol, diesel, and natural gas we are addicted to), naphtha is produced which is a key ingredient for plastics. Depending on the type of plastic, the process varies but fundamentally plastic production is linked to oil and gas production. This is a sector which is seeing a surge and is estimated to continue to grow and therefore plastic production too is going to see an upward tick.

DID YOU KNOW? The first toothbrush with nylon bristles was manufactured only in 1938?

Since the 1950s that heralded the plastic boom, we have produced 8.3 billion tonnes of plastic and nearly 80 percent of that has ended up in landfills and dump yards i.e the environment while a meagre 9 per cent has been recycled and 12 per cent incinerated. At this rate, by 2050, the plastic industry will account for 20 per cent of the world’s oil consumption.

Once we recognise the link between plastic production and the oil industry, the connection to climate change is obvious. Crude oil or fossil fuel extraction is a carbon intensive, highly polluting process. A 2018 study estimates that the extraction, refining, and transportation of crude oil contributes up to 40 per cent of total greenhouse gas emissions (like methane) from fuels like petrol and diesel. In addition, extraction of fossil fuels destroys the ecology of that area completely. Since fossil fuels are formed by compression of ancient forests and animals under extreme pressure, these are typically found deep in earth, often below pristine forests. Mining, whatever the method, ruins  the natural environment. This again contributes to more greenhouse gas emissions as these forests then can no longer function as carbon sinks. The loss of forests also means that numerous plants and animals are affected; there may be species that are limited in their range and therefore the destruction of a forest area might mean the extinction of some species. This destruction then also means that the climate of the region will change, rainfall patterns change, the way water drains (or stagnates) will change. In short, the biological, chemical, and physical cycles of the natural world are altered drastically and not in a good way. All of this affects us humans as our health is compromised, the water we drink and air we breathe are polluted, and the plants and animals on which we rely for food and medicines are impacted.

DID YOU KNOW? 80% of the plastic waste we generate ends up in the environment, just 9% is recycled and the rest incinerated?

Even if we focus solely on the end of life of plastics, and put aside where they come from, we have pressing concerns to address. Over the decades, as plastics have become ubiquitous, there has also been a shift in production from durable plastics to single-use plastics. More than half the plastics produced now are single-use plastics. The glaring concern is that making something for a one time use is a waste of precious resources. The other, of course, is that these plastics end up in the environment and linger for centuries as they leach toxins into the air, water, and earth. And animals tend to eat plastics as well mistaking them for food. We have seen cows in India munching on plastics. Reports from around the world have shown marine animals dying because they ate plastic. Plastics also degrade into smaller and smaller pieces (microplastics) that animals and we ingest. Recent studies, including one from Chennai, show that even the air we breathe has microplastics in it.

DID YOU KNOW? If current trends continue, by 2050 there will be more plastic in the oceans than fish?

Are we destined to drown in our plastic waste? Over the past few years, consumers have become more aware of their waste. There are citizen groups and non profits around the world, not to mention individuals, who are working to ensure waste is segregated at source, biodegradable waste is composted, and recyclable waste is recycled. Plastics of course form part of the last category. In spite of these efforts only 9 per cent of plastics are recycled globally. Most of it ends up in the environment and a little bit is incinerated. Clearly, we are not winning the war against plastics.

So is the answer to up our efforts to recycle? In the short term, yes we need to improve our recycling because 9 per cent is abysmal. However, this is not the solution because to start with not all plastics are recyclable everywhere. What that means is that while technically all plastics can be recycled, in every region or country only some plastics are recycled and others not. In India, for example, the commonly recycled plastics are PET, LDPE, and HDPE. These are typically used for bottles, milk and curd pouches, and shampoo bottles. But in The Philippines LDPE is not recycled. Why? Because often the infrastructure available is limited and the quantum of this waste is low, making little economic sense in setting up recycling infrastructure. This is a huge constraint to recycling. So, we should then focus on developing infrastructure! Unfortunately, even if we do have the infrastructure to recycle all the plastic, this is still not a permanent, long term solution to plastic pollution because recycled plastic cannot be used by itself. The new product that is made from recycled plastic will need to be mixed with fresh new plastic i.e virgin plastic. This means that more new or virgin plastic has to be created to recycle old plastic! Basically we are caught in a vicious cycle.

The inefficiency of plastic recycling and the fact that it does not work as a strong solution has been known for years. In fact, the plastic industry has known this since the 1970s. A 2020 documentary by the American broadcasting services, PBS and NPR, reveal that plastics recycling was touted by the industry to keep plastic bans at bay and to counter the growing concerns over plastics. Internal documents and interviews with industry insiders by the NPR and PBS investigation found that the industry spent millions of dollars promoting recycling even though they knew that recycling was not economically viable (if they recycle all the plastic then the market for new plastic disappears), and that if the public thinks recycling works then they would not worry so much about the impact of plastics on the environment.

Other solutions that are much touted are waste to energy which is just a fancy way of saying burn the plastic and use the energy created. However, incineration of plastic releases toxins. In addition, both recycling and waste-to-energy solutions require raw materials to be constantly produced, which is plastic. So we fall back into that vicious cycle of having to produce more plastic to manage the plastic we have created. These are often called false solutions.

DID YOU KNOW? Large amounts of plastic waste are exported from the Global North to the Global South for disposal?

The only real solution is to move away from plastics, just like everyone is talking about moving away from fossil fuels. We need to turn off the plastic production tap while at the same time dealing with the existing stock of plastic. To turn off the tap, we need companies that use plastics in their products or to pack their products to find better alternatives. This requires some R&D but companies are unwilling to step and take responsibility for the plastic waste they are generating. All of this falls under the concept called Extended Producer Responsibility (EPR) which says the company’s responsibility does not end when it sells the product but goes right through the life cycle of the product. So even after the product is thrown away or deemed obsolete, the company must have a system to handle the product and its components. Many countries have put in place EPR laws.

India is in the process of doing this. In 2020, the Government of India released draft EPR rules to be incorporated in the Plastic Waste Management Rules 2016. These draft rules basically give manufacturers of plastics and brand owners who use plastic in packaging, 3 options - pay into a central fund that would handle the plastic waste; buy credits to offset waste generated (similar to carbon credits); or set up a system with a producer responsibility organisation (PRO) to collect and manage the waste. The main drawback with all these options is that while it is based on the polluter pays principle, none of them incentivise manufacturers to reduce plastic generation but give them an easy way to keep producing more plastic waste and make a monetary contribution for their management. The rules, as envisioned, will also involve setting up a complex web of organisations, regulatory and monitoring mechanisms. Considering India’s poor track record in implementing, enforcing, and monitoring regulations, it is highly likely that this too will be an eyewash. The draft rules also lack clarity in a number of definitions such as PROs and even what is single-use plastic.

We need our governments to put in place and implement strong and effective EPR mechanisms and hold companies responsible.

Companies must follow the principles of reveal, reduce, and redesign when it comes to the plastic they use. What this would mean is that they must:

As citizens, each of us too must play our part in reducing our waste and in calling on companies and governments to be transparent and accountable. Only if all of these aspects come together, do we, as a society, have a hope of avoiding a barren, plastic-strewn doomsday.