Since 2018, across the world civil society has been conducting a plastic waste audit or brand audit. This annual exercise aims to identify the brands/manufacturers who produce the most plastic pollution as well as look at the categories of plastic (i.e food packaging or personal care products and so on), and what kind of plastic is predominant in the plastic waste. The data from these audits contribute to the global brand audit organised by Break Free From Plastic (BFFP).

Like in 2020, CAG’s brand audit in 2021 stayed indoors due to the COVID-19 pandemic and restrictions on people gathering in public spaces. 203 participants, mainly college students, audited their household waste for two weeks, following the methodology established by BFFP core members - Mother Earth Foundation, GAIA Asia Pacific, Greenpeace and Citizen consumer and civic Action Group (CAG). A total of 5759 pieces of plastic were logged. 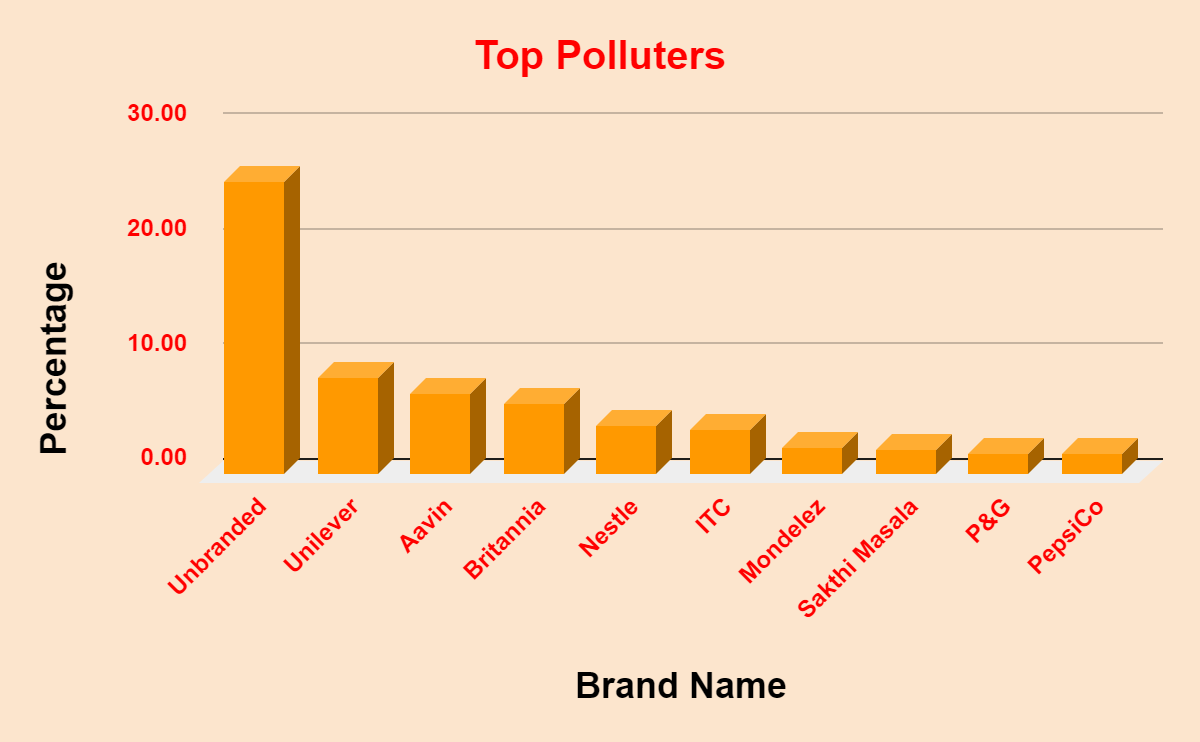 In terms of top polluting brands, unlike 2020 where Aavin was the leader of the pack, this year it was the unbranded and local companies, accounting for approximately a quarter of the plastic collected. A distant second was Unilever (Hindustan Unilever in India) with just over eight per cent, and third was Aavin at about seven per cent. At last year’s brand audit, Unilever was at 13 per cent while local/unbranded plastic was just eight per cent.

Understanding the composition of plastics used is also useful to assess how best to dispose of them. Unfortunately, 67 per cent of the plastic was either marked 7-Other (i.e consisting of more than one type of plastic) or did not have any information on type of plastic, making recycling very difficult. The second highest was LDPE (12.3 per cent). Plastic packaging made of PP, PET, and HDPE were the next lot of plastic that were most common. All of these are easily recyclable in the local context.

Last year’s audit had nearly 40 per cent of LDPE, but the maximum plastic was of 7-Other and those without any information - 48 per cent. And like 2020, PP, PET, and HDPE were substantially less in quantity at seven, 2.2, and 2.4 per cent respectively.

The 2021 brand audit also found that the maximum plastic was from food packaging (62 per cent), with personal care (16.1 per cent) and household products (15.3 per cent) bringing in a fair amount of plastic as well. The remaining plastic was of packing material (such as external packing from online shopping) and smoking material which is a very miniscule amount. The trend is the same as last year where food packaging was 56.7 per cent, followed by personal care (6.5 per cent), household packaging (3.2 per cent) and less than one per cent packing material and no smoking material. Interestingly, packing material has increased from less than one per cent to about six per cent. Perhaps, that can be attributed to increased online shopping during the pandemic. 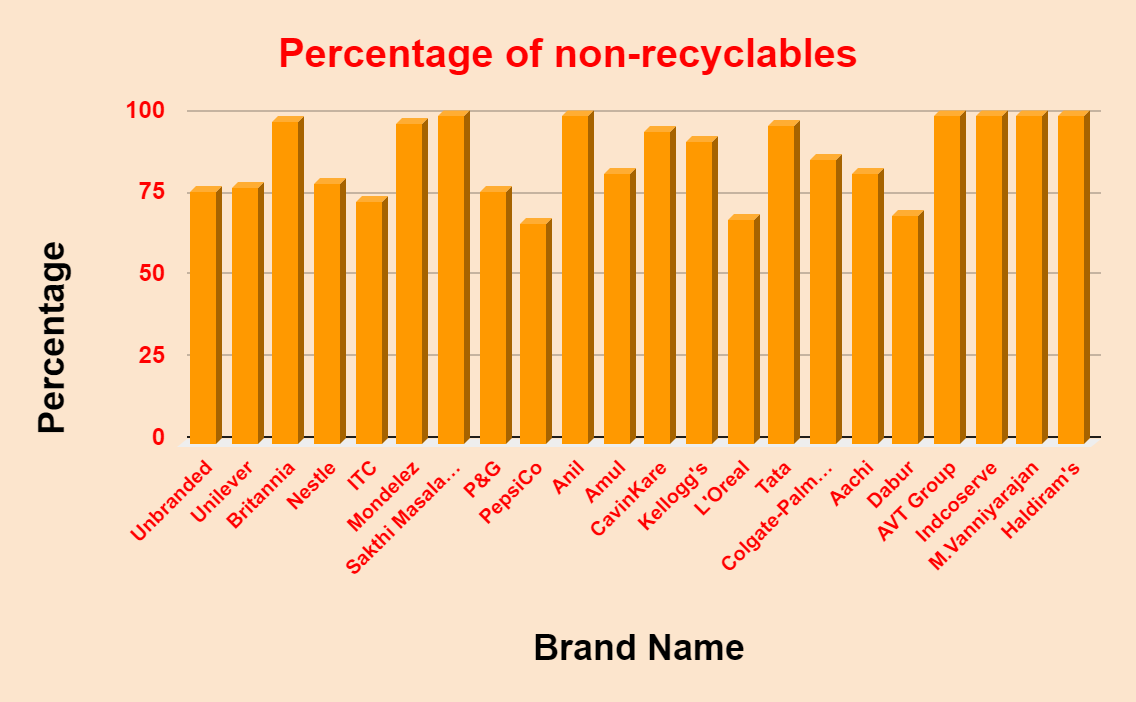 Typically, 1-PET, 2- HDPE, 4- LDPE, and 5 - PP are easily recycled in India. So the brand audit looked at how much of the plastic waste generated by each company is not easily recycled and this turned out to be a substantial amount. Some Indian brands like AVT, Haldiram’s, and Anil had 100 per cent of their plastic as non-recyclable while other well known Indian brands like Britannia, Amul followed a close second at 98 and 82 per cent respectively. Among international brands, Mondelez stood at nearly 98 per cent, Nestle at 79 per cent, Unilever at 78 per cent, Colgate-Palmolive at 87 per cent, and PepsiCo at 67 per cent, while Coca-Cola was at the other end of the spectrum at 15 per cent.