Coal addiction: You use, You lose

Do we suffer from a “coal addiction”? India used coal for more than 50% of its energy production as on October 31, 2020. According to the NITI Aayog coal will have at least a 44% share in energy mix even in 2040. The continuous use of coal as an energy source pollutes air, water and soil, with major effects being shown on the health and livelihood of local communities surrounding coal power plants. Also, coal-fired power generation is a significant source of greenhouse gas emissions and a major contributor to climate change.

To achieve its pledge of a 33-35% reduction in “emissions intensity” of its economy by 2030 from 2005 levels, India should not decide to invest in any unsustainable, untested and expensive solutions such as CCUS (Carbon Capture Utilisation and Storage). Experience from the other countries have shown that these technologies are bound to fail and another important factor to take into consideration is that opting for these technologies is only going to prolong our dependence on coal power. In addition to this, rethinking and reevaluation should be done regarding the addition of new coal mining areas as the tariffs for solar energy have hit all time low.

What are the impacts of coal? 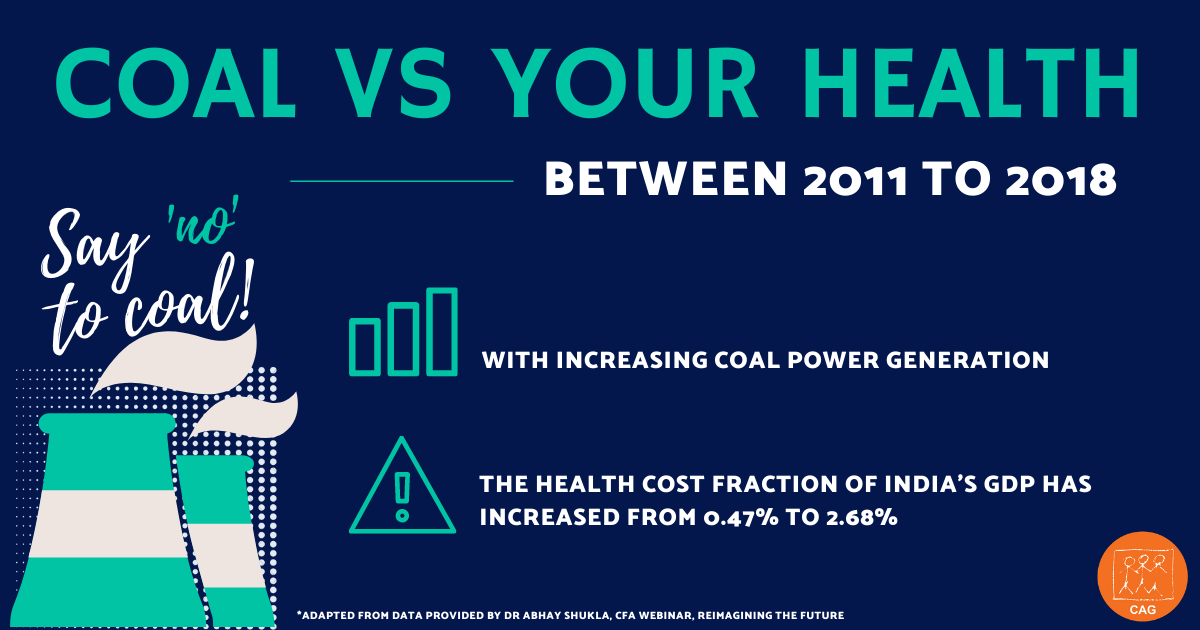 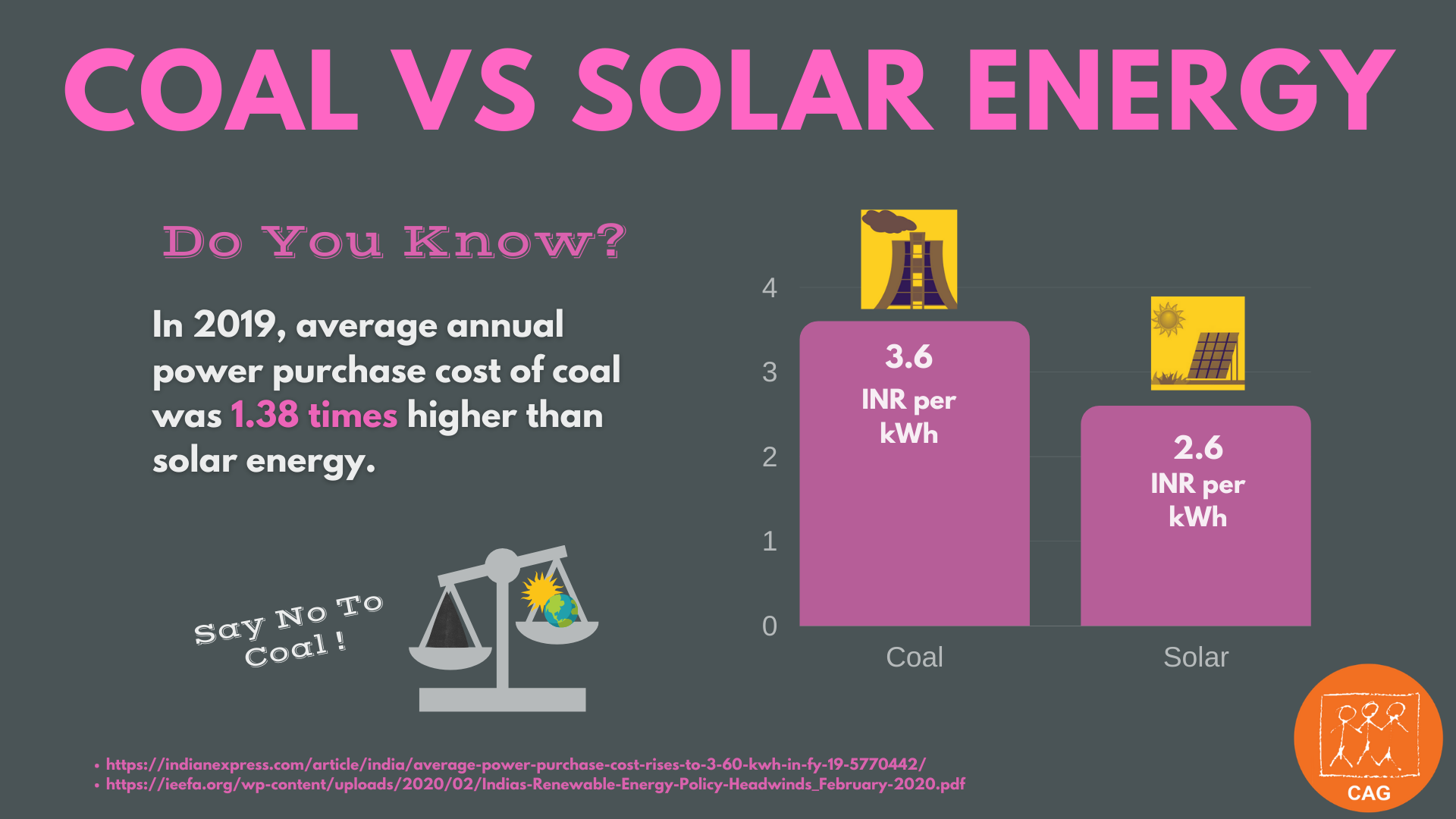 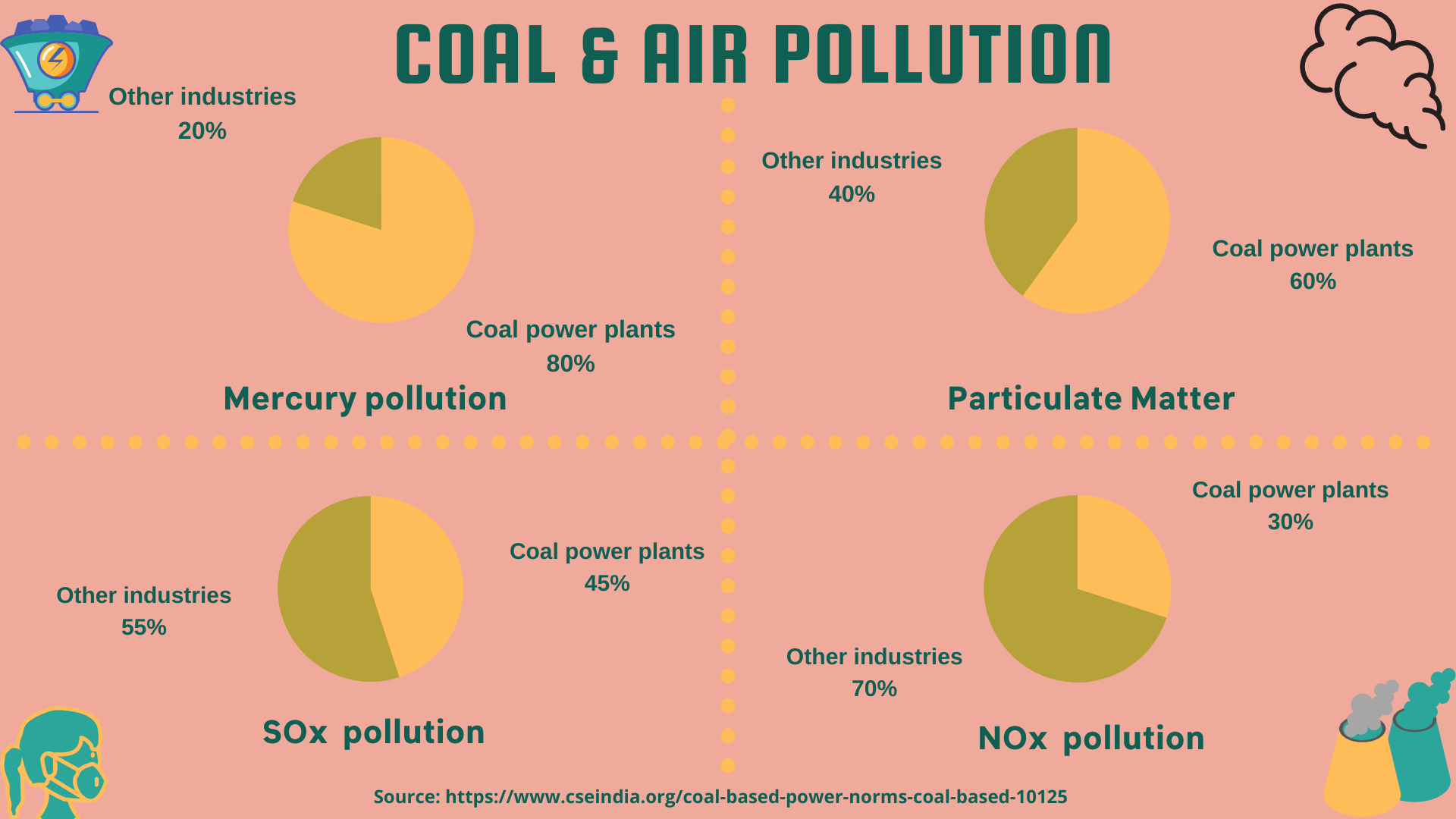 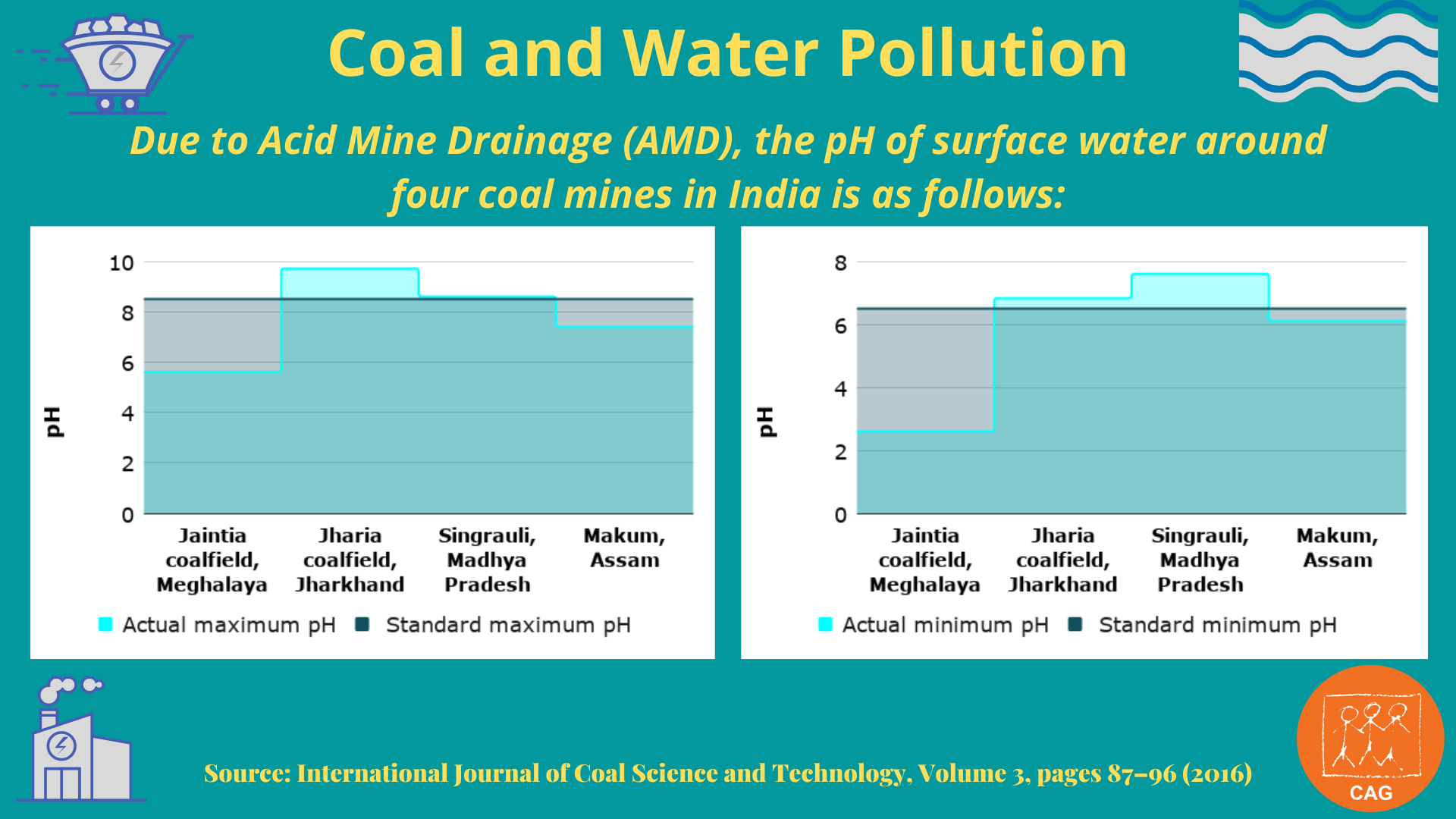 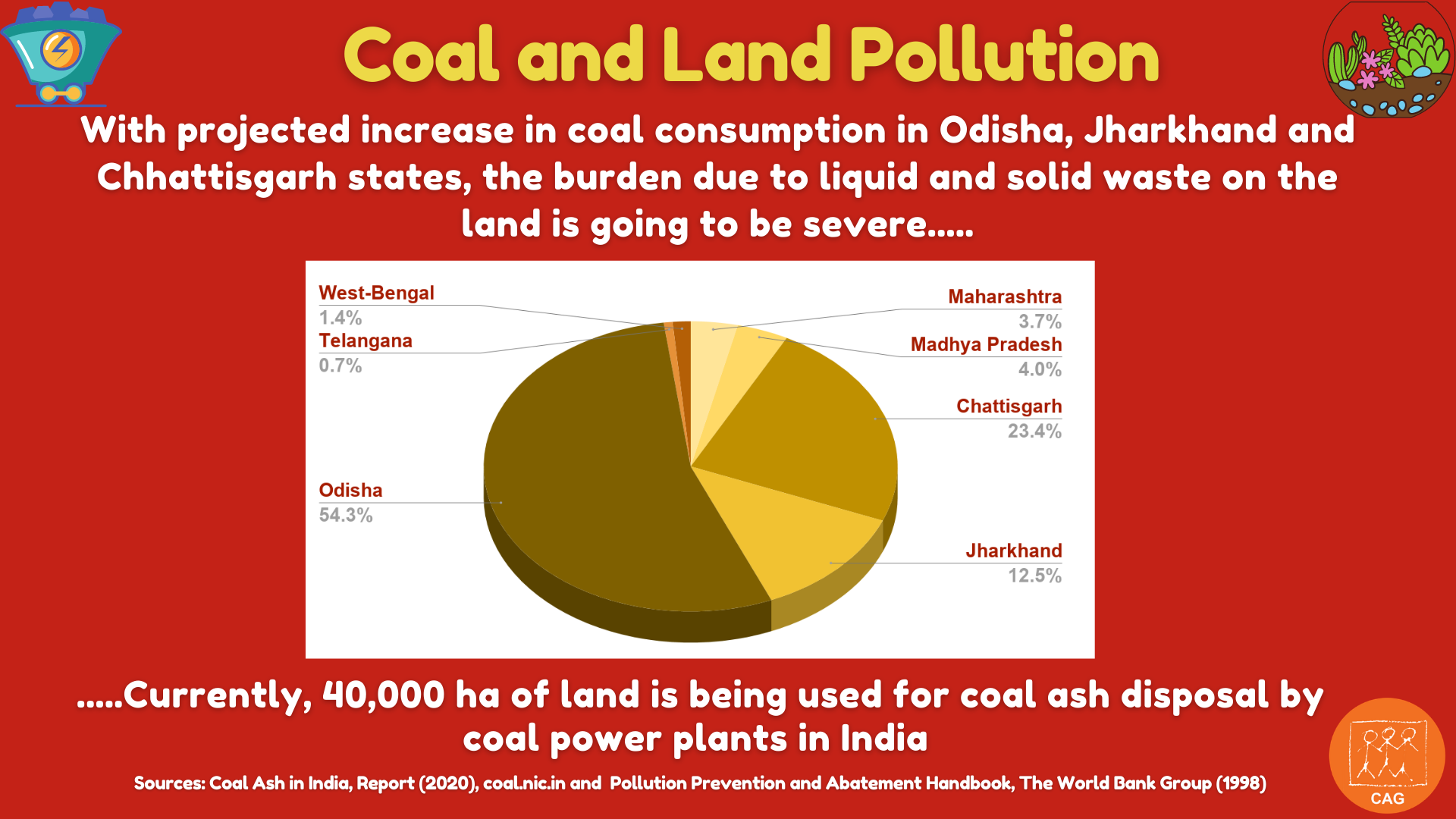 Why should coal usage end?

The rising coal consumption has increased our dependence on imported coal, which is planned to be reduced by a fast-track mining clearance for domestic coal in India. However, this decision is going to further enhance the burden on the environment and affect the livelihood and health of communities residing in their surrounding areas. Additionally, the increasing numbers of coastal coal power plants in Gujarat and Tamil Nadu run the risk of damage from rising sea-level; increase in natural disasters due to global warming and climate change. Therefore, it is imperative that we switch from coal based energy to renewable power, and improvise on energy efficiency in India to abide by the Paris Agreement for keeping global temperatures from rising more than 1.5℃ above pre-industrial levels by 2030. 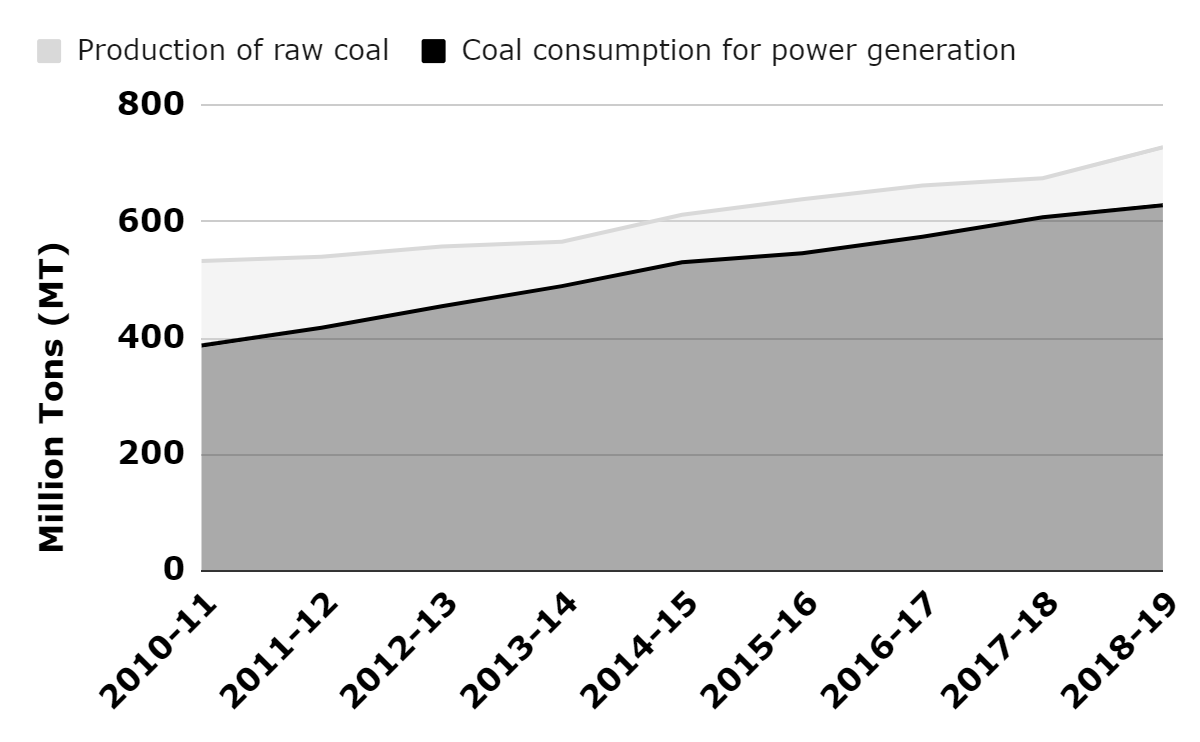 Figure 7: Production and consumption of coal in India in million tons

All data to date suggest that India does suffer from a coal addiction. While quitting coal use is the best way to reduce the effects discussed above, like with any addiction, it is not as easy as it sounds. India will parallelly require a shift away from fossil-fuel use and towards renewable energy and energy conservation. Along with the system-level changes, an individual’s actions should have a shift as well. Smart consumer decisions like installing rooftop solar panels and using energy-efficient devices in residential/commercial spaces will help in reducing the energy demand from coal and its subsequent, hazardous impact on the environment and the health of people. This must go hand in hand with the framing and implementing of policies to manage energy efficiency and deep decarbonisation of the energy sector.