“Bend me, shape me, anyway you want me” - the lyrics of an old love song can easily be the song for plastics, dubbed as the miraculous material, the magic material, and a marvel in our modern world. Owing to its multiple uses and unique physical and chemical properties, plastic has seen huge commercial success. Unfortunately, this has led to its indiscriminate use and disposal, resulting in a serious threat to the environment. It takes an average of one thousand years for plastic to disintegrate completely (into microplastics). Therefore, to address burgeoning rates of plastic waste disposal, the Plastic Waste (Management and Handling) Rules, 2011 were introduced under the Environment Protection Act, 1986.

The Rules established a framework which assigned the responsibility of plastic waste management to the urban local body (ULB) and also recommended setting up a state-level monitoring committee.1 The 2011 Rules were succeeded by the Plastic Waste Management Rules 2016, which were far more comprehensive in effectively addressing the issue of plastic waste. The 2016 Rules were revised to be known as the Plastic Waste Management (Amendment) Rules 2018. The rules also mandate the local body to frame by-laws incorporating the provisions of those rules. In accordance with its responsibility to frame by-laws, the Greater Chennai Corporation (GCC) has finally done this, three years after the PWM Rules originally came into effect. Are the by-laws sufficient to curb the menace of plastic waste in our beloved namma Chennai? Let us explore the benefits and drawbacks in the following sections.

One of the most important and appreciable parts of the by-laws is the section that highlights the responsibilities of the GCC (Clause 6). The core responsibilities of GCC are ensuring source segregation, setting up infrastructure for the steps involved from collection to disposal, environment protection, implementation of Extended Producer Responsibility (EPR), creating awareness, engaging scrap dealers, informal waste pickers, Self Help Groups (SHGs), and civil societies, cleanliness drives and Slum Adoption Program.

However, given the magnitude of the plastic pollution crisis, the by-laws fall short on a few important counts. 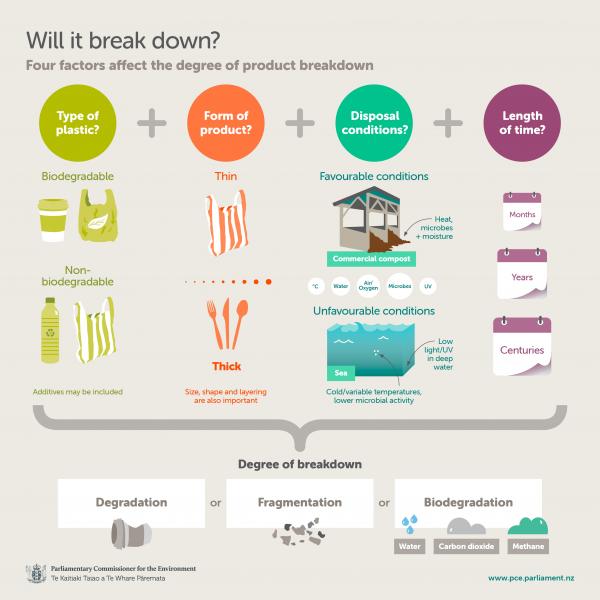 Figure 1: Conditions for break down of compostable plastic

The second shortcoming of the GCC by-laws is the aspect of EPR (Clause 8). EPR refers to the concept of brand owners and manufacturers taking responsibility for their products post-consumption and the associated packaging. The by-laws suggest EPR activities such as take back programmes, arranging waste collections, recycling and designing products for re-use or recyclability. The idea of EPR was introduced in the 2016 rules, but it remains nowhere close to being implemented even after three years.3 The newly drafted by-laws have kept the onus on the producers to establish a system for collecting back plastic waste generated by the use of their products. The by-laws mandate that producers submit a plan of collection within 6 months from the notification of Plastic Waste Management by-Laws, 2019, to the Tamil Nadu Pollution Control Board (TNPCB) while applying for Consent to Establish or Operate or at the time of renewal. Additionally, the GCC should also place equal importance on awareness and advocacy through EPR. For example in South Korea public awareness campaigns are part of the EPR. Following this example, producers should actively advocate for the promotion of sustainable alternatives. 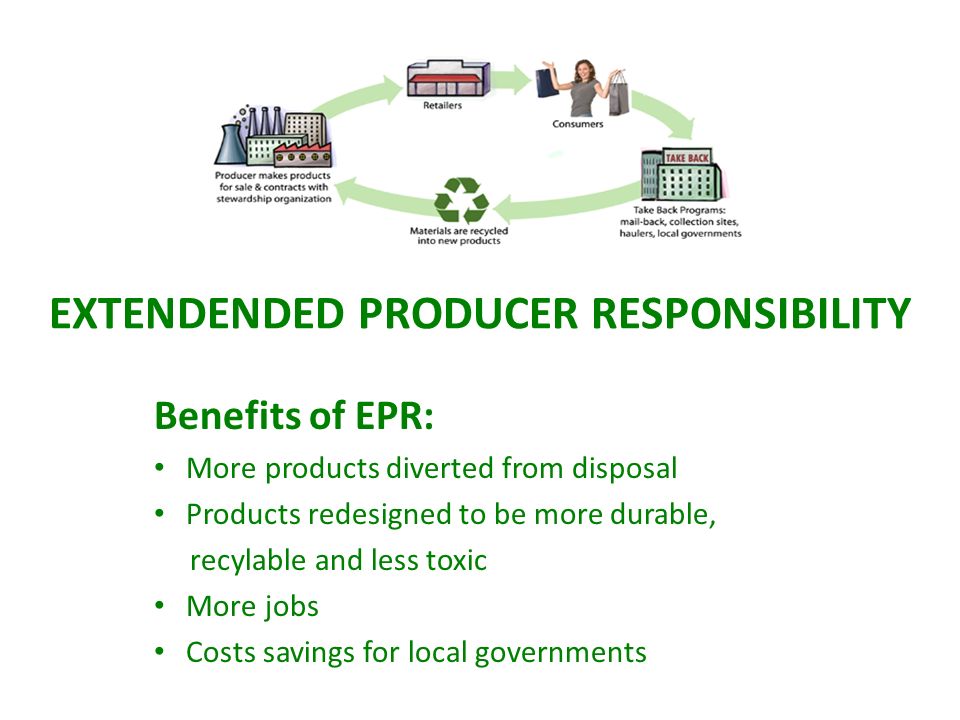 Bulk Waste Generator (BWG) is any residential, commercial or institutional entity which creates 100 kg of waste every day. It includes hotels, restaurants, malls, shopping complexes, marriage halls and residential apartments among others. The by-laws mandate BWGs to segregate plastic waste at source and recycle PET bottles by either installing Reverse Vending Machine or any other appropriate system of recycling as approved by the Central Pollution Control Board / Tamil Nadu Pollution Control Board, failing which fines will be imposed. The clauses 3.4 and 7.5 of the by-laws have missed two main factors relating to BWGs. First, the clause 3.4 should be amended to include apartments, malls and shopping complexes within the definition of bulk waste generators as these entities are excluded in the current definition. The other point is related to recycling of PET bottles by BWGs. If the by-laws had mandated that BWGs should phase out/ban PET bottles from their respective establishments and should collaborate with the producer of the PET bottles for take back systems during the phase out period, it would have contributed to plugging the city’s plastic problem to a big extent. The onus of plastic waste should be put on the producers and not on the consumers.

The most important part of the by-laws that clearly needs attention and amendment is the clauses detailing the procedure for treating non-recyclable plastic. GCC, in its by-laws under the clauses 5.1(b) and 5.1(C), has suggested Refuse Derived Fuel (RDF) plants, cement plants, pyrolysis plants, road construction or any other technologies as a solution for treating non-recyclable plastic. Plastics that cannot be recycled should be phased out, changes in designs should be brought about and emphasis on managing these should be on the producers. If Refuse Derived Fuel (RDF) plants / cement plants / pyrolysis plants or any other harmful technologies are seen as acceptable destinations for plastics (recyclable or otherwise), there is very little incentive on producers to actually reduce their plastic waste.

The consequences of microplastics on health and environment are still unclear, and GCC promoting the use of plastic in construction of roads without proper scientific backing could be devastating for the future of the city. In addition to this, the terms ‘preferable’ and ‘further’ should be removed from the clause 5.1(c) as it gives scope to use plastics in road construction that are recyclable as well.

When a particular type of plastic finds a special mention in the plastic waste management rules you know there is something seriously wrong with that plastic and that plastic is called multi layered plastic (MLP). MLP consists of at least one layer of plastic, which is sandwiched, or laminated in a matrix of paper, paper board, polymeric material, metallised layers or aluminium foil. Clause 8.3 of the by-laws state that “Multilayered plastic which is non-recyclable or non-energy recoverable or with no alternate use of plastic shall not be used in Greater Chennai Corporation limits”. By adding so many exceptions, the GCC has effectively banned and then removed the ban on MLPs, all within one sentence. This is because 1) MLPs are technically recyclable but the complexities involved in separating different materials from an MLP packet makes it economically not feasible to recycling, 2) In clause 3.11 of the by-laws, energy recovery from waste is defined as conversion of waste material into usable heat, electricity or fuel through a variety of processes including combustion, gasification, pyrolisation, anaerobic digestion and landfill gas recovery. All types of plastic can be used for energy production or fuel generation if pollution, economics, health of human beings, and the environment are ignored. At a time when much of the world is moving away from energy or fuel conversion of plastics, why are we engaging in a vicious cycle of toxin generation? 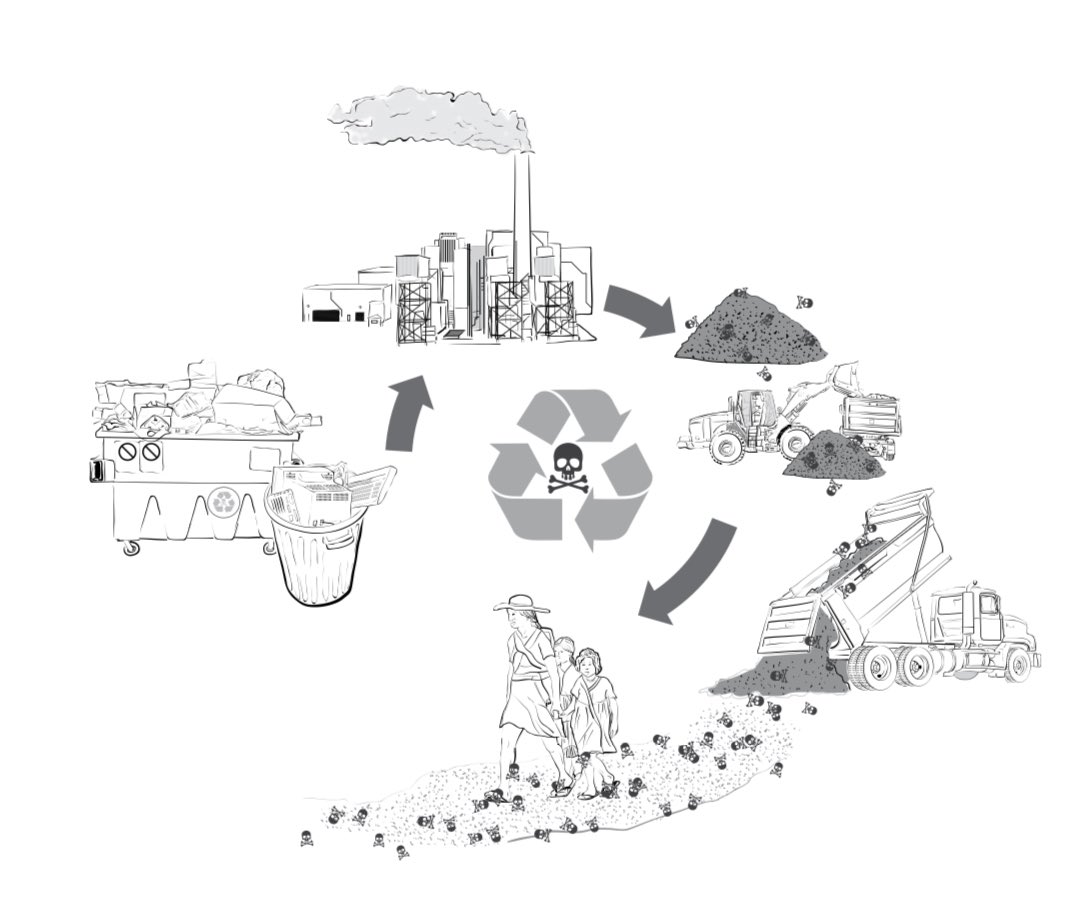 Overall, the by-laws are a strong and important step in the process of curbing plastic pollution. Given the magnitude of the menace, however, the by-laws should take a stronger position. Aside from banning compostable plastics, the by-laws could also prohibit bio-based and biodegradable plastics. These labels confuse consumers and undermine the composting process GCC has already established. Moreover, these plastics use valuable, finite resources to make products that are only used for a few seconds. The GCC has already empaneled service providers for BWGs, which it should publicise and also impose the penalties for non-compliance. In addition, it should encourage innovation in repurposing discarded materials other than through chemical recycling. The provisions laid out for producers under EPR are a step in the right direction, and robustness in implementation would be the key to arresting plastic pollution. Effective implementation of EPR would also bring several benefits to the city, including the creation of jobs as the producers have the responsibility to set-up new take back systems either on their own or through other agencies, the inclusion of the informal sector, and change in designs to non-recyclable plastics will cut off the amount of plastics sent to cement plants, Refuse Derived Fuel plants, whilst also reducing the use of harmful incinerators.