The Geo-political Nature of Maps

Maps are more than just a piece of paper that has our world distinctly sketched. Over the years, maps have been used as a powerful tool to navigate, plan and communicate stories. The art of mapmaking has been far from objective owing to its inherent nature of embodying ideologies that confer with the interests of its creator. Creators of maps use distinct lines, colours, dimensions, and scales to display physical, political and socio-cultural features. The mimetic nature of maps allows its creators to reify social constructs by skillfully arranging content using cartographic conventions. For instance, Samuel Fritz’ map was well-known for the elements used to detail the history of indigenous communities living along the banks of the Amazonian river. The map’s design, spatial distribution, compass, legend, and pictorial representations highlighted the areas of economic exploitation by the Portuguese and inhospitable territories for missionary work. Fritz rendered a representation of the territory for the intervention he hoped. 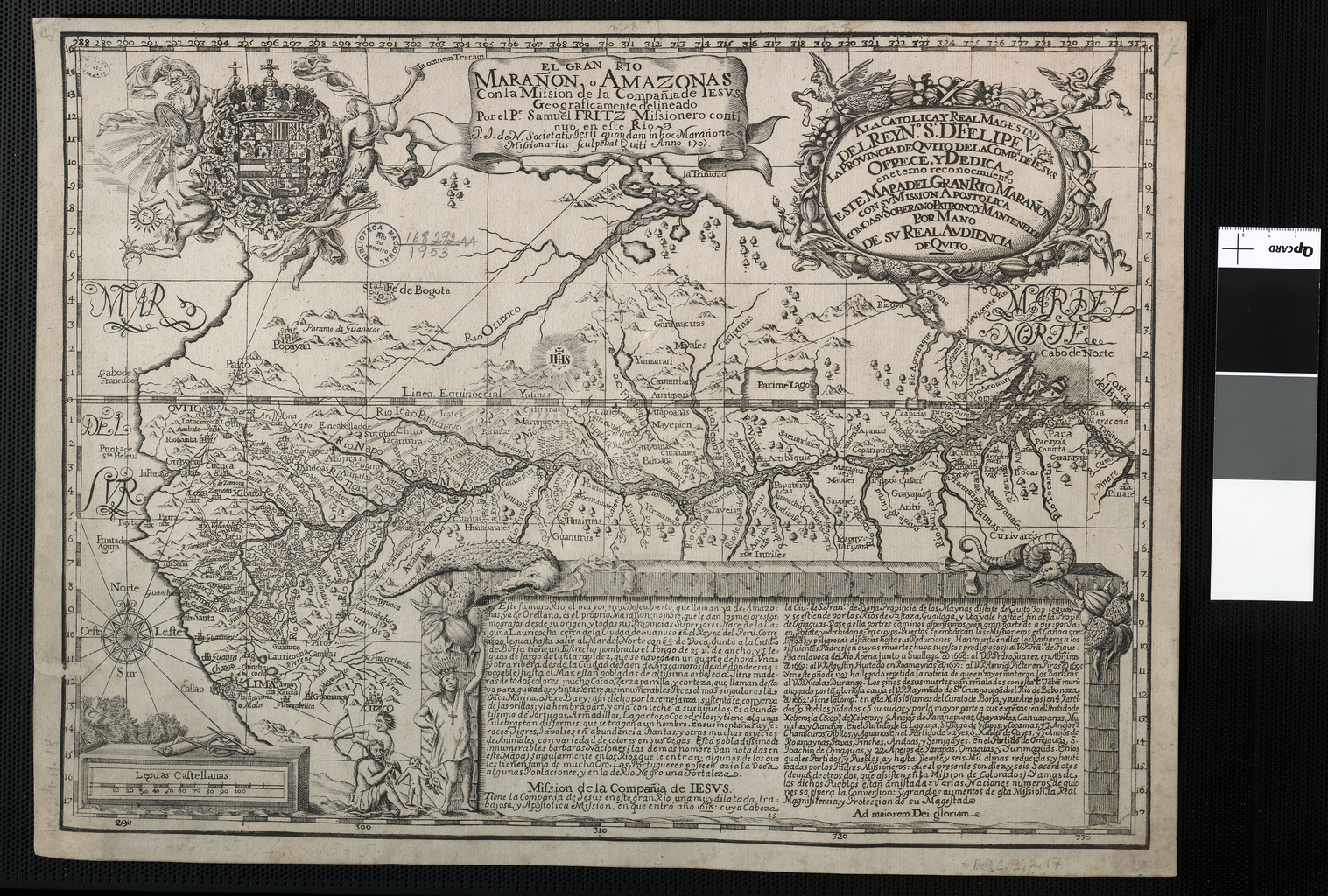 A history of autonomy

Maps date back to the time when intellectual curiosity brought together scholars of old times to investigate the world they lived in. Some of the oldest maps can be traced to the ancient Babylonian period where places and movements were carved out on stone and ancient papyrus. In the middle ages, Greek philosophers who explored new places charted out maps of known countries. The Greeks and Romans used paper maps to outline boundaries, physical features, and road networks. Doing so, they could strategise on economic trade and battle plans. During the middle ages, more scholars like Ptolemy made advances in the field of cartography by defining the calculations of the circumference of the earth, units of measurements and the systems of meridians and parallels. The ingenious contributions of Gerardus Mercator brought forth answers to problems of representing the shape of the earth on a flat plane. The Mercator projection served as an invaluable tool for navigation at sea. Advancement in the science of cartography by European mapmakers of the Renaissance period produced key institutions of knowledge accumulation that came to dominate much of the world. Maps had emerged as potent instruments of state control and colonial security. They represented new possibilities for long-distance trade and territorial conquests.

The improved knowledge in the art of cartography, globally, heightened the centrality and sovereignty of large-scale state cartographic programmes. These programmes employed a universal system of mapping using the Cartesian model of rationality in the creation of maps. Complex scientific mechanisms were standardised through established protocols made by States to make maps stable, combinable and transferable. The political autonomy over maps made it selective in nature -- it included and excluded only what the state deemed right. For instance, a nation’s power is displayed by its boundaries. Boundaries demarcated on a map might appear to be natural, but carry with it overtones of dominance and imperial power. Thus, maps are highly influenced and controlled by power.

However, in the 1990s, counter maps emerged as a tool to break the social domination the state and businesses had over maps. The counter-mapping movement gained recognition as a potent tool for communities and local organisations to regain control over hegemonic maps. Counter or participatory techniques of map-making capitalised on indigenous knowledge of a territory which was often undermined in the process of map creation. This subversive form of mapmaking provided to the powerless a medium to amplify their voices.

Nancy Peluso was the first to coin the phrase counter-mapping. Since the government criminalised the local inhabitants of the forests in Indonesia, she along with local communities and activists sketched maps of forested territories that communities relied on. The government and timber industry, on the other hand, mapped lands for economic exploration. The counter maps told stories of the community’s generational use and customs of the land. The maps effectively opposed the timber exploitation plans of the government in these territories. Ever since there has been a flurry of counter-mapping or legal recognition and territorial rights.

The evolution of technology has enabled a new form of counter-mapping. The greater availability of mapping software, open source tools and online mapping applications, such as, Google Earth, Open Street Maps, Scribble Maps, has simplified the process of creating maps. It has helped us transition from a society of map consumers to a society of map creators. Nevertheless, it is argued that online mapping technologies are likely to reinforce subordination of indigenous knowledge to western technologies. These applications might also run the risk of fortifying customer’s differing realities. For instance, Google Earth and Google Maps use spatial data that is received from a variety of sources worldwide. Due to its ubiquitous nature, any territorial boundary drawn by Google must be particularly sensitive to avoid conflict.

While the advancement of technology has seen a spurt in the use of contemporary mapping techniques to create high-tech visual maps similar to what Peluso had once created using rudimentary techniques, it is imperative that the tools and technologies selected, serve the needs of the communities and not force communities to adapt to the tools available. Unless, methodologies and techniques designed in the process of mapping recognise and respect the uniqueness of indigenous spatial expressions, only then will communities be more empowered to participate in process of countering of state-owned maps.