In May 2019, Citizen Consumer and Civic Action Group (CAG) and the Greater Chennai Corporation (GCC) collaborated to launch the Zero Waste Chennai initiative. One of the key principles of the new decentralised waste management system is door-to-door collection of household and commercial entity waste, and for bulk waste generators to set up in situ facilities. To track this, we are enumerating all Commercial Entities (CE) and Bulk Waste Generators (BWG) in Zone 8 - Anna Nagar.

We used QGIS, an open source GIS software to overlay road shapefiles onto google satellite maps. These maps were used to navigate and to mark the door number of all CE on segmented paper maps of ward 8. We created these maps by cross referencing GCC’s maps (Image 1) and Google satellite images. However, when we compared them, we found that the GCC map showed some roads that were not present on Google satellite and vice versa. This brought about the need for cross-verification on field. A big issue with GCC maps was that they were imposed on a white background. This led to differences in scale during conversion into a digital format. These roads were short in the GCC map but actually long in reality.

Waste Collection Tricycles follow a specific route and take the collected waste to the nearby Micro Composting Centres (MCC). Even though the GCC map below outlines tricycles routes for the ward, it does not explicitly detail the areas serviced by MCCs within the ward. 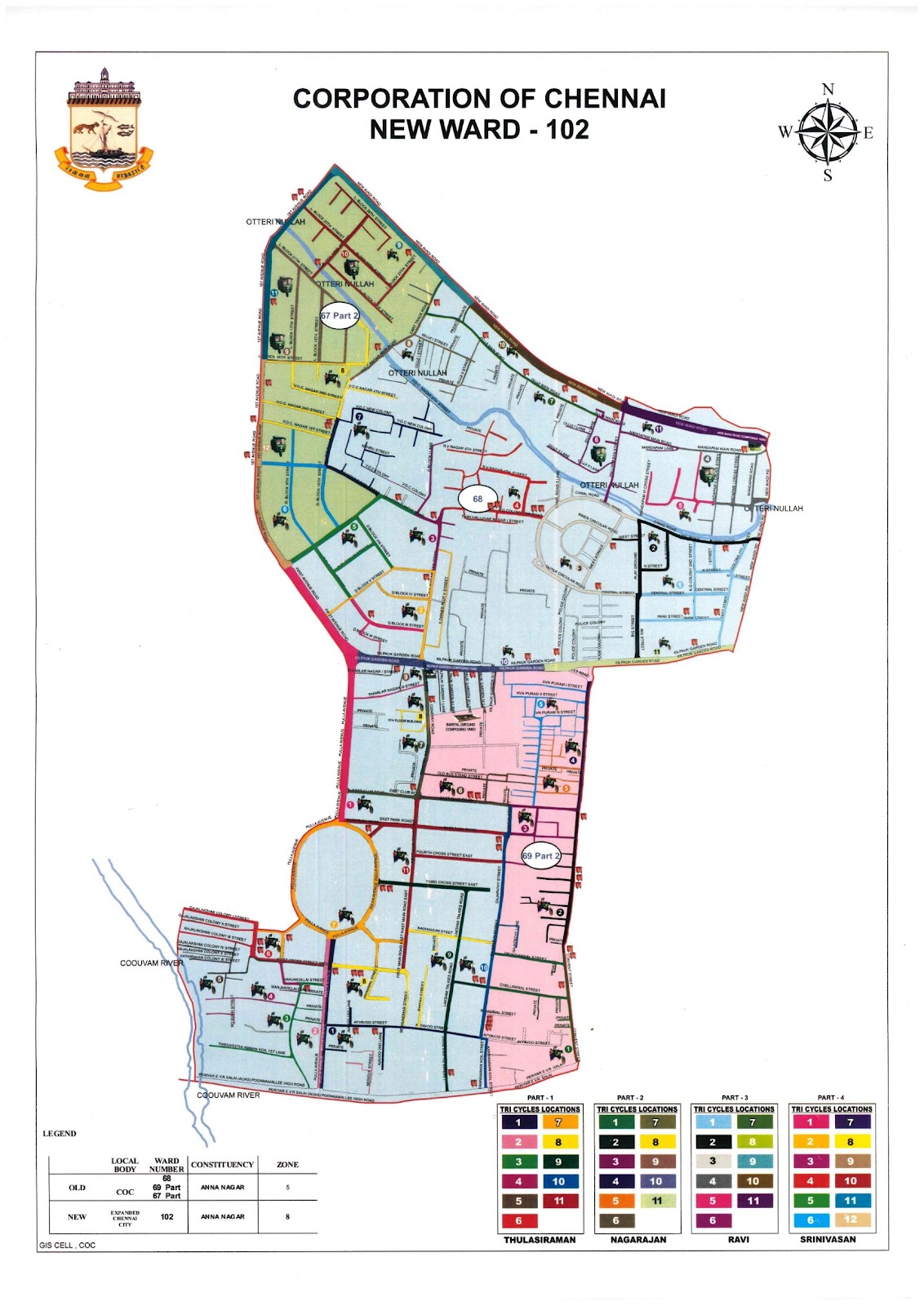 We broke up the map into segments and assigned start and end points to each road for mapping, as seen in Image 2. Corresponding to each location, we used KoBo Toolbox, a free and open source data collection application, to collect door numbers, names and the type of entity, etc. Whilst mapping CEs in Zone 8, we faced a lot of challenges in dealing with slums, main roads, scrap shops, and commercial complexes. This brief piece will detail these challenges and the data collection tools used to overcome them. 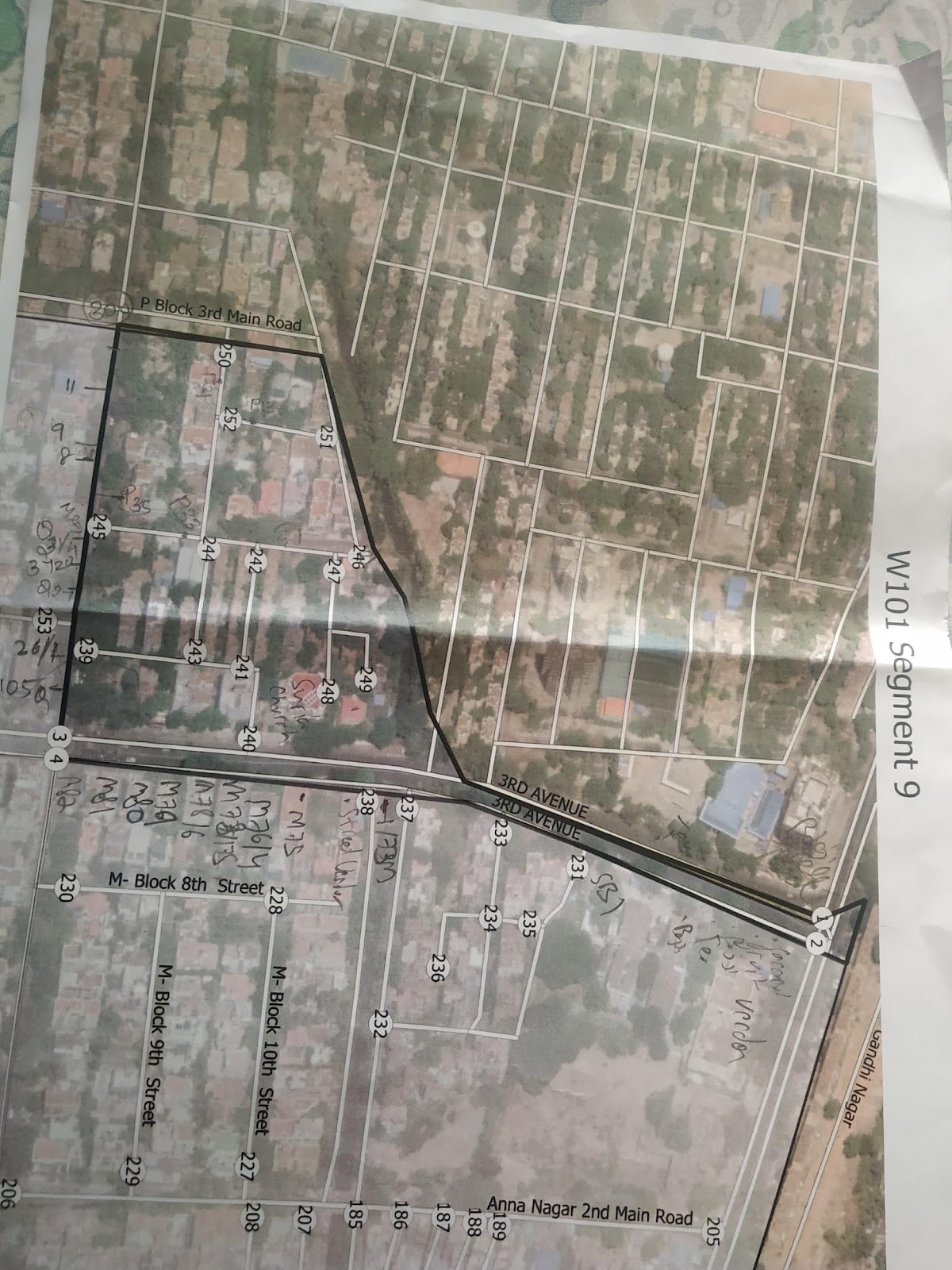 Image 2: A segment of Ward 101 with door numbers

Missing roads
There were a lot of discrepancies in the road data obtained for Zone 8. Maps for enumeration digitised from the GCC maps contained road names with corresponding street numbers for data entry. But some roads that were present on our segment maps were not present on-field and vice versa. 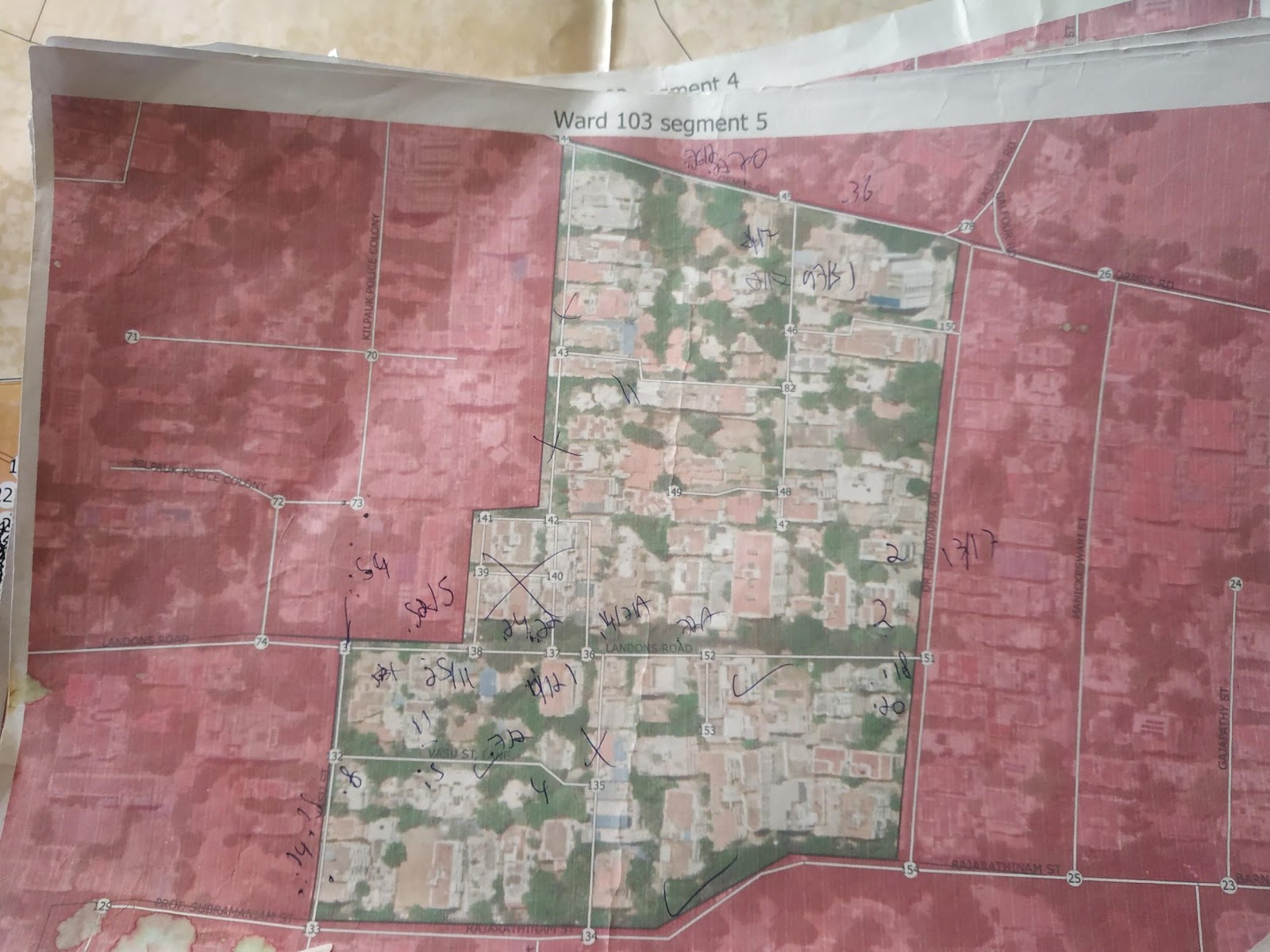 Image 3: A segment of Ward 103 with missing roads

Next, some roads were known by a different name on-field. This was both confusing and time-consuming, but we reached a solution by manually remapping areas with incomplete datasets through our own hand-drawn maps.

Slums have proven to be the most difficult to enumerate for a multitude of reasons. They have small, narrow lanes and not all doors have numbers. Moreover, residents always carry  a fear of outsiders coming to map, survey or enumerate, as this is usually associated with evictions; for these reasons, they can be uncooperative and refuse to participate in the exercise.  In such situations, we have mapped these areas without drawing attention to ourselves. Entering KoBo data was not possible in these areas, so we wrote the names and door numbers of the commercial entities on a piece of paper while riding through the streets on a scooter! We entered this in Kobo later.

It has also been extremely difficult to get a good map of the streets with slums. For example, both Google maps and Corporation data suggested that KK Nagar in Ayanavaram had four entrances through Kunoor High Road, but we could only find three. We also found several streets that did not exist in either map, which we mapped using hand drawn paper maps. Creating and formalising this data would be very important to improve the provision of basic services in these areas.

We decided to pay special attention to scrap shops because they play an important role in dealing with non-bio waste in the city. We aimed to document the specific types of non-bio waste they deal with so that local residents could dispose off their recyclable discards. Some shop owners refused to speak to us because they feared a penalty or eviction. In such cases, we took a photo of the entity whilst driving past, but were unable to record all the materials they dealt with.

A lot of major commercial roads were difficult to map because they were long, had a lot of entities, and were full of traffic. We initially tried to map them on a two-wheeler, but it became very difficult to stop in traffic every 50 metres. Walking on the roads was also difficult as it was time-consuming, tiring, and drew a lot of attention. For example, Konnur High Road had approximately 600 entities per door number to be mapped. We soon decided to take videos of each side of the road whilst slowly driving past. These videos were taken by the pillion rider such that the name and door number of most entities were clear. Discrepancies in data taken from the video were later verified by revisits. Even though it sped up the process, it is very risky and should only be done in specific situations, i.e. situations where it will not garner attention. This should not be an alternative to mapping and going on-field because on-field surveys offer the best understanding of field reality and is essential to gain accurate results.

Commercial complexes, like the ones on Purasaiwalkam High Road and 4th Avenue, contain between 20 to 100 entities each. Manually mapping them on-field was both strenuous and drew a lot of attention; so we designed a unique method for this situation. In the Prince Towers commercial complex we met the manager, who shared an updated list of shops which we entered into the KoBo form in office. In another instance, we took a photograph of the sign boards which contained the details of all entities and further verified them using Justdial and Google. 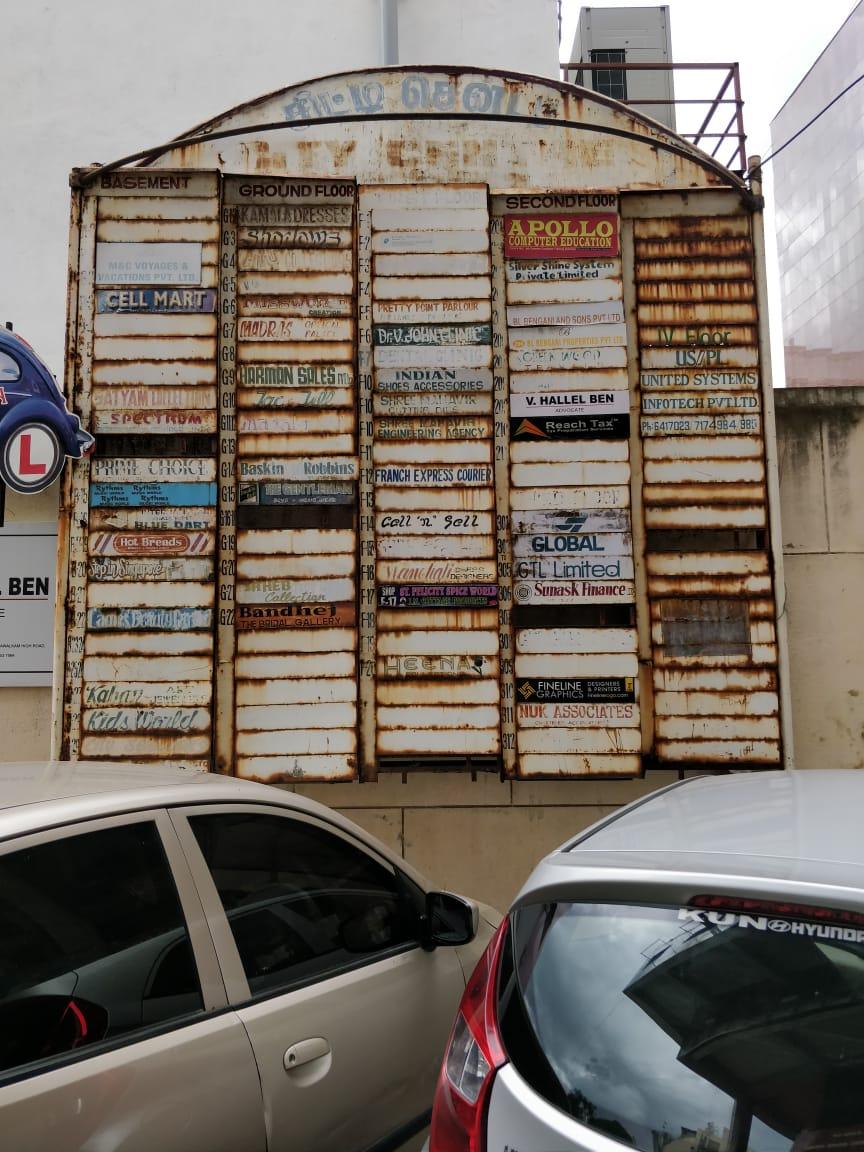 Data collection on-field presents various challenges, and it is always good to develop a methodology and tools. However, from this experience, we found that it is important to adapt the tools and methods to the specific context. These tools and methods are subjective and should only be used in specific scenarios as long as they do not impede data collection or the quality of the data.