SagarMala is a development program by the Ministry of Shipping that seeks to harness the potential of the coast for economic development, by developing new ports, modernising existing ones, and linking ports with the hinterland to reduce transit time, besides locating industrial clusters along the coast. The program was approved by the Union Cabinet in the year 2015.

India’s long coastline is fragile, ecologically sensitive and affected already by construction of ports and industries. Establishing new infrastructures is likely to adversely affect the coastline, which provides livelihood for thousands of fishing communities.

Historically, TPPs have been located near the coast and in proximity to ports. Factors contributing to the location of thermal power plants are the supply of fuel, availability of land and water, transportation facilities, geology, and soil types, proximity to load centres and distance from populated areas.

Among these, there are two factors - the availability of water and transportation facilities - which are mainly taken into consideration to finalise the location of a thermal power plant.

Thermal power plants that use coal as fuel require water in huge quantities. This causes considerable stress on the water resources in the vicinity of the plant.  Coal-based thermal power plants along the coast have access to abundant seawater, but the water let out from these plants into the sea, is usually at a higher temperature thus affecting marine life. This affects the livelihood of fisherfolk, for whom an effective rehabilitation program should be implemented.

Transportation is necessary to import coal from other countries or to move coal from mines to the plant. The existing network of transportation for domestic coal, via rails and roads, is highly congested and because of congestion at the existing terminals, importing goods on time becomes difficult. 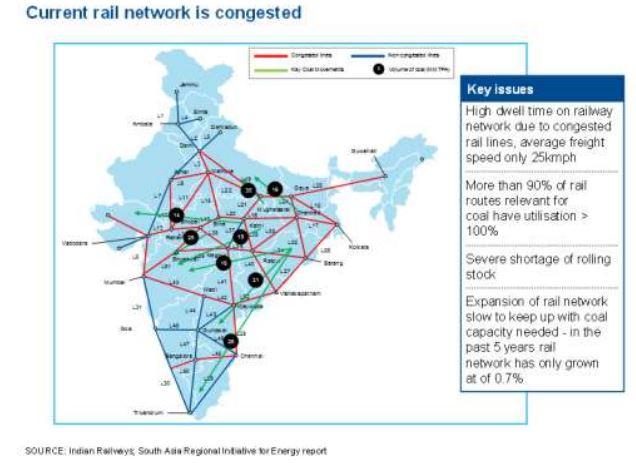 According to research carried out by CAG, nearly 35% of the installed capacity of thermal power plants in the southern zone (comprising five states) and 18% of the installed capacity in the western zone (comprising Maharashtra and Gujarat) are located on the coast. The key point to be noted is that almost all the TPPs are within the vicinity of ports. 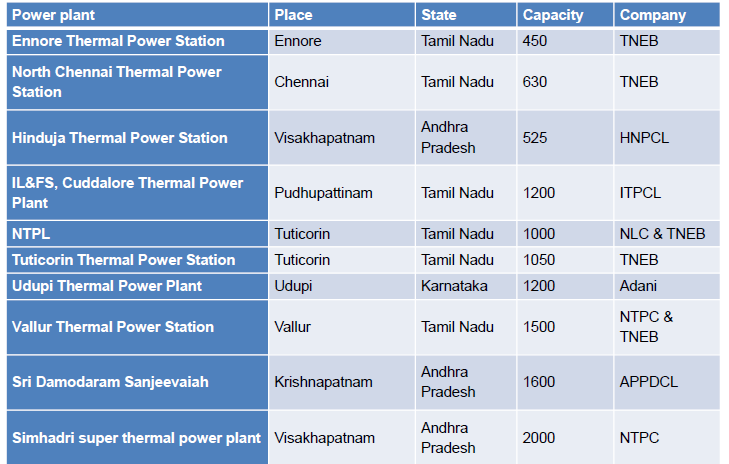 According to the report published by International Energy Agency (IEA), power demand in the country is expected to reach 280 GW by 2020. This will automatically push up the demand for thermal coal; the demand is projected to rise up to 1,250 MMTPA by 2020 at a Compound Annual Growth Rate (CAGR) of nearly 11 percent.

CEA’s projection of power demand and supply shows that we have a surplus installed capacity. Our power plants operate at only 60% load. Therefore, it would suffice to improve the operation load to meet the growing demand than set up new power plants. As we have already committed to increasing our renewable energy capacity, our power surplus is only expected to increase. 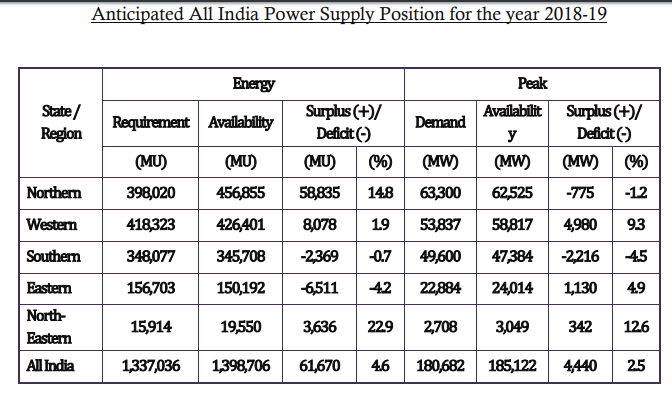 The load generation balance report for the year 2018-19, published by CEA, shows that India will be power surplus in the coming year.  With proper planning, we can move surplus power from one region to a region facing a deficit, instead of establishing newer power plants.

The objective of the program is a) to reduce logistic costs of bulk commodities by locating future industrial capacities near the coast, b) to reduce the cost of transporting domestic cargo through optimising modal mix, c) to improve export competitiveness by developing port-proximate discrete manufacturing clusters, d) to optimise time/cost of EXIM (export-import) container movement with minimal infrastructure investment. In addition, it seeks to interconnect ports, develop industrial towns and establish coastal economic zones, and connect ports and the hinterland. 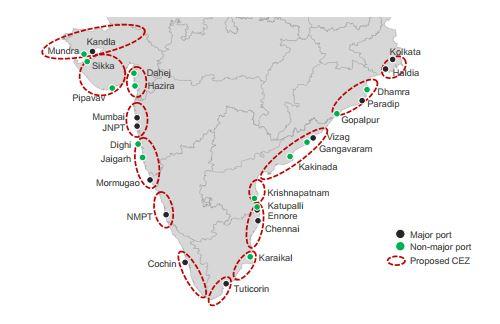 One of the pillars of the program is port-led industrialisation wherein 12 high potential industries (thermal power plants, leather, electronics, etc.) have been identified. SagarMala envisages the development of three coastal power clusters and one to two coastal refinery clusters to be developed by 2025 in North Konkan, Central Andhra Pradesh, and Central Tamil Nadu regions.

Thermal coal alone accounts for around 61 percent of the freight volume on the Indian Railways and 24 percent of the seaport freight mix. In the year 2013-14, about 740 Million Metric Tonnes per Annum (MMTPA) was moved through railways and this is expected to increase. Further, it is expected that coal demand will increase up to 1.2 billion tonnes by 2020, with Coal India Limited committed to producing 1 billion tonnes by itself

Logistics has a heavy bearing on the cost of power generation as it contributes to 30-35% of total cost of production. The end-users of coal - such as thermal power plants and cement industries - have to look into two key aspects - coal linkage rationalization and coal evacuation – for setting up future thermal power plants. At present, only 3 percent of the coal shipped within India is done using coastal shipping, although this mode is 6 times cheaper than transporting by trains. Furthermore rail movement has other disadvantages: its network is already very congested and it adds significantly to per unit costs. Thus, shifting coal movement from rail to ports wherever possible could reduce the cost of power in the country.

SagarMala seeks to optimize the logistics efficiency for mega-commodities with a focus on thermal coal, primarily mined in Chhattisgarh and Odisha. The Government has identified Sagar in West Bengal, Paradip South Satellite Port in Odisha, Belekeri in Karnataka, Machilipatnam-Vodarevu in Central Andhra Pradesh, Cuddalore/Sirkazhi in Central Tamil Nadu, and Enayam in Kerala as some of the sites to develop new ports to move thermal coal.

There is a possibility of a six-fold increase in coal transport via coastal shipping with infrastructure and institutional support. A report on SagarMala by McKinsey and Company, for the Ministry of Shipping, estimates that the coal moved through coastal shipping could increase from the current 23 MMTPA to 130 MMTPA by 2020 and to 200 MMTPA by 2025. In addition to this, another 70 MTPA of thermal coal could be coastally shipped, if initiatives like port-based linkage and aggregation of volumes take place for smaller non-power users like iron and steel industries. It is assumed that SagarMala would directly have an impact on the power cost, reducing per unit cost by 50 paise.

SagarMala also envisages strengthening heavy haul rail lines from coal mines to ports. It proposes a mix of Rail-Sea-Rail modes of transport to have a higher and faster rate of evacuation. 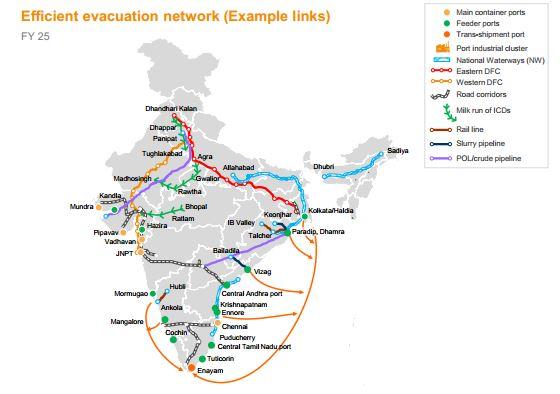 One crucial question that needs be answered here - is there an actual demand for setting up power plants and industries in the coast? The scheme seems to be loaded with numerous projects, which when implemented successfully will only further affect our marine and coastal biodiversity. Nearly 36 projects have been identified for the reduction of inland transit time and reduction of import bills. The need and viability of these projects have to be analysed thoroughly. The impacts that will be created on the environment due to the upcoming projects have not found a place in the discussion on SagarMala. Though economic growth of the country is important it should not come at the cost of environment.