Webinar on Energy Efficiency and Electrical Safety by ECC Tirunelveli

Citizen consumer and civic Action Group (CAG), in association with the Electricity Consumer Cell - Tirunelveli, organized a webinar on energy efficiency & electrical safety on June 22, 2021 via Zoom platform. This session was attended by over 50 electricity consumers from the Tirunelveli district. 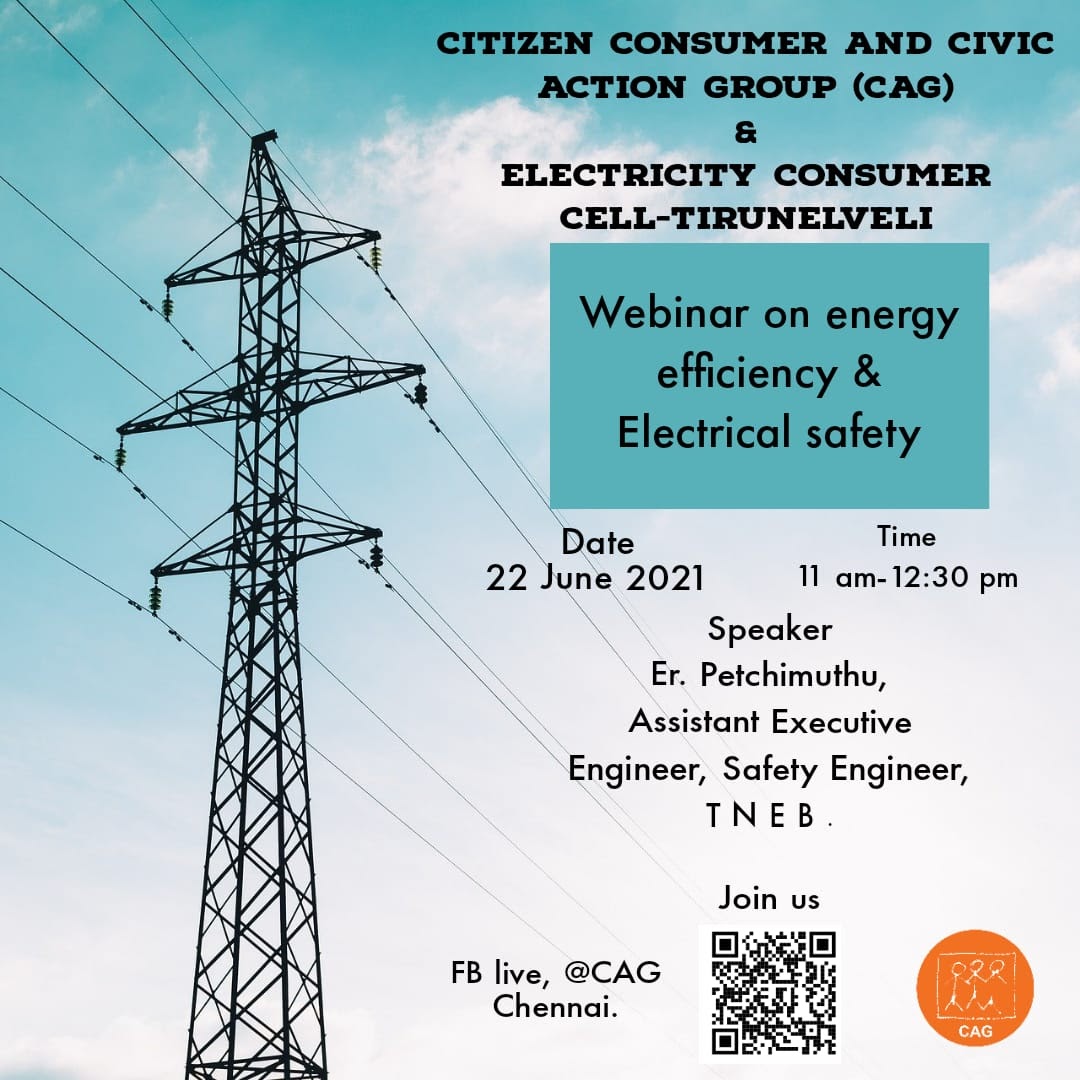 Dr.Ganapathy Subramaniam, Coordinator - ECC Tirunelveli presented a brief introduction about the Tirunelveli Electricity Consumer Cell, the nature of work carried out by them and the range of electricity issues handled.

Following the introduction, Mr.Shanmugam, Advisor - ECC Tirunelveli welcomed the participants of the webinar and introduced the chief guest of the session, Mrs.Siva Sathiya Valli, Head of Tirunelveli Government Museum. Mrs. Siva Sathiya, took the opportunity to deliver a special welcome address and brought to focus the significance of electricity and the need to take active measures to ensure electrical safety.

He concluded the presentation by sharing anecdotes to support his advice on what an average electricity consumer should and shouldn’t do. He further guided the participants on what consumers should do if  they are  affected by electrical accidents. He also shared TANGEDCO’s fuse-off call number (1912) and Minnagam’s customer care number ( 94987 94987) with the participants.

Mr. Muthusamy, Junior Consultant, ECC Tirunelveli concluded the webinar with a Vote of Thanks.