Destruction of Marshlands due to Garbage Dumping

Being a Chennaite, I have been to the OMR quite often. Whenever I cross the Pallikaranai 200 feet Road towards Velachery Main Road, it’s hard to escape the foul odour emanating from the Perungudi dumpyard. To the left of the road lies the dumpyard and to the right is the marshlands, home to some beautiful, colourful migratory birds, several of which are endangered, as the sign boards along the road tell me. Until recently, I believed that Pallikarani was a wasteland, which therefore served as a dumpyard, used to dump waste from different parts of Chennai and that all these birds were opportunistic feeders, feeding off the rubbish.

It was after joining CAG, as part of the solid waste management project I am working on, that I had an opportunity to know the truth behind Chennai’s wetlands which had been repurposed as dumpyards. During my research, I came to know that the land used for the Kodungaiyur dumpyard was also originally a marshland. This saddens me incredibly. How horrible and irresponsible are we to destroy our beautiful marshlands with no thought to the consequences of our actions?

The Chennai city comprises of five wetlands, namely, Pallikaranai Marsh, Pulicat Lake, Madhavaram & Manali Jheels, Kattupuli Island and Adyar Estuary Creek. So, what are wetlands? And how are they being slowly destroyed in Chennai?

Wetlands
A wetland is any land that has potential to retain surface water. The plant life of wetlands is usually dominated by grass and other herbaceous plants. The root structure of the plants tie the sloppy soil and moderate the water stream in the wetland to support the expansion of the marsh. Wetlands occur in the form of lakes, ponds, marshlands, and swamps in urban spaces. These watery fields are wealthy in biodiversity. Both saltwater and freshwater flow through these marshes playing a vital role in offering shelter and nesting for the migratory birds.
Image 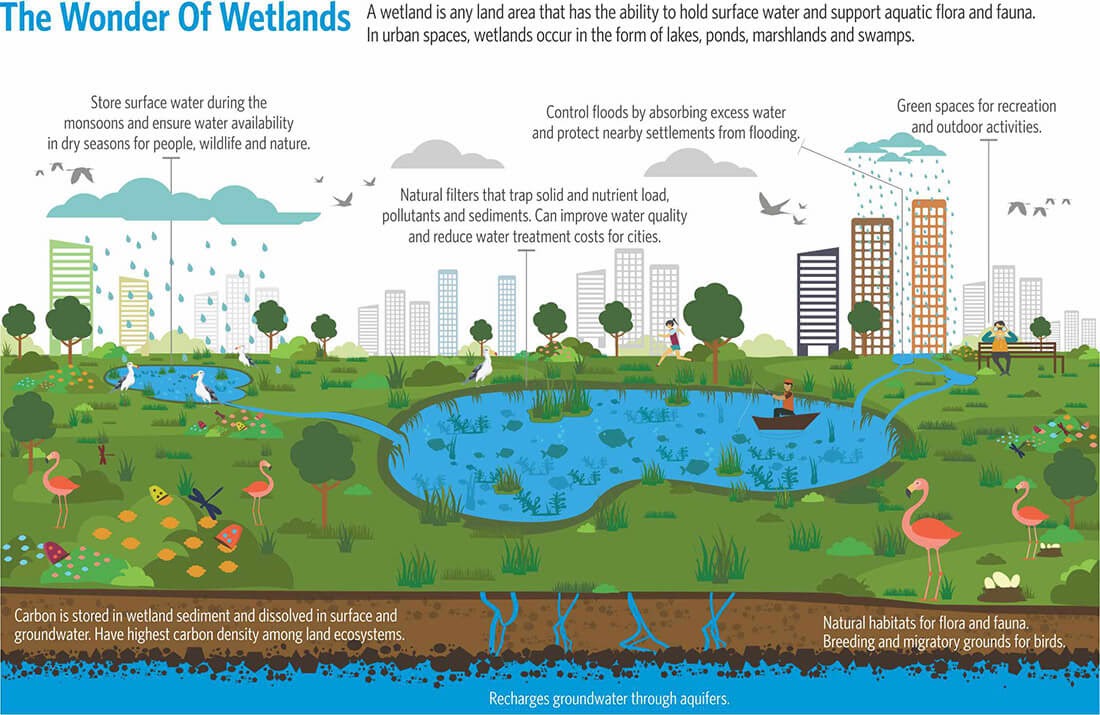 Figure 1: Image depicting various benefits wetlands offer
(Source: https://www.tncindia.in/wp-content/uploads/2018/05/Chennai-Wetlands)
Destruction of marshlands due to dumping yards
In 1906 Pallikaranai was a huge marshland spread across 8000 hectares from the East Coastal Road to the Madhya Kailash junction. Due to the encroachment by various government and private institutions, IT sector, residential buildings, sewage treatment plants and the dumpyard, the marshland has now shrunk to around 300 hectares. It serves as home to 114 flora and 223 fauna species. The flora and fauna of the shrunken marshland faces a constant threat from the dumpyard’s leachate, toxic gases and other pollutants. There is enough evidence to show that the destruction of the Pallikaranai marshland continues due to the dumpyard, sewage treatment plants and other encroachments.

The Kodungaiyur dumpyard also has a similar history. Once a marshland this was also destroyed by the construction of sewage treatment plants and by the dumping of garbage. The destruction of this marsh has been abetted by missing documents and records that should have been maintained by the government.

However, that Kodungaiyur had a very different start to its life, and that it was once a beautiful nature reserve is a story that some Kodungaiyur residents will still tell. In fact, the destruction began only around the 80s.

Kodungaiyur dumping ground situated in the North of Chennai was 400 acres of beautiful alluvial plain land with huge, lush grass cover. But our ‘use and throw’ lifestyles began generating large amounts of waste. This waste had to go somewhere. The final destination for this waste was picked by the government itself - it was to be this beautiful and exceptional wetland. Residents look back fondly at those years when the surrounding areas were green, with cattle grazing on it. It was a seasonal flood-prone alluvial lowland of the Kosasthalaiyar river in Kodungaiyur. Many species of flora and fauna peacefully co-existed alongside small residential clusters in the surroundings of Kaviarasu Kannadasan Nagar, Krishnamurthy Nagar and MKB Nagar. Till the 80s, Kodungaiyur and its surroundings were a retirement haven, a well earned rest, as well as a sanctuary for nature enthusiasts. There was no water crisis, air pollution or any other environmental threats. Those were nostalgic years when you could find boats sailing on the crystal clear Buckingham Canal, and when floods percolated through dedicated flood carriers like the Captain Cotton Canal; not on the streets or roads. But the injudicious invasion of garbage and sewage plants into the alluvial plain land has made it a nightmare for the people of Kodungaiyur.

Let's get into the history of dumping in Kodungaiyur. In 1985, the civic body started dumping 20 tonnes of waste per day and in 1989 the first sewage treatment plant (STP) was built on the fodder farm land. These combined factors started the destruction of the Pulpannai (turf). In a matter of years, the lush green Pulpannai had turned into a brown revolting kuppai medu (garbage hill) and which now carries the burden of Chennai’s enormous waste. 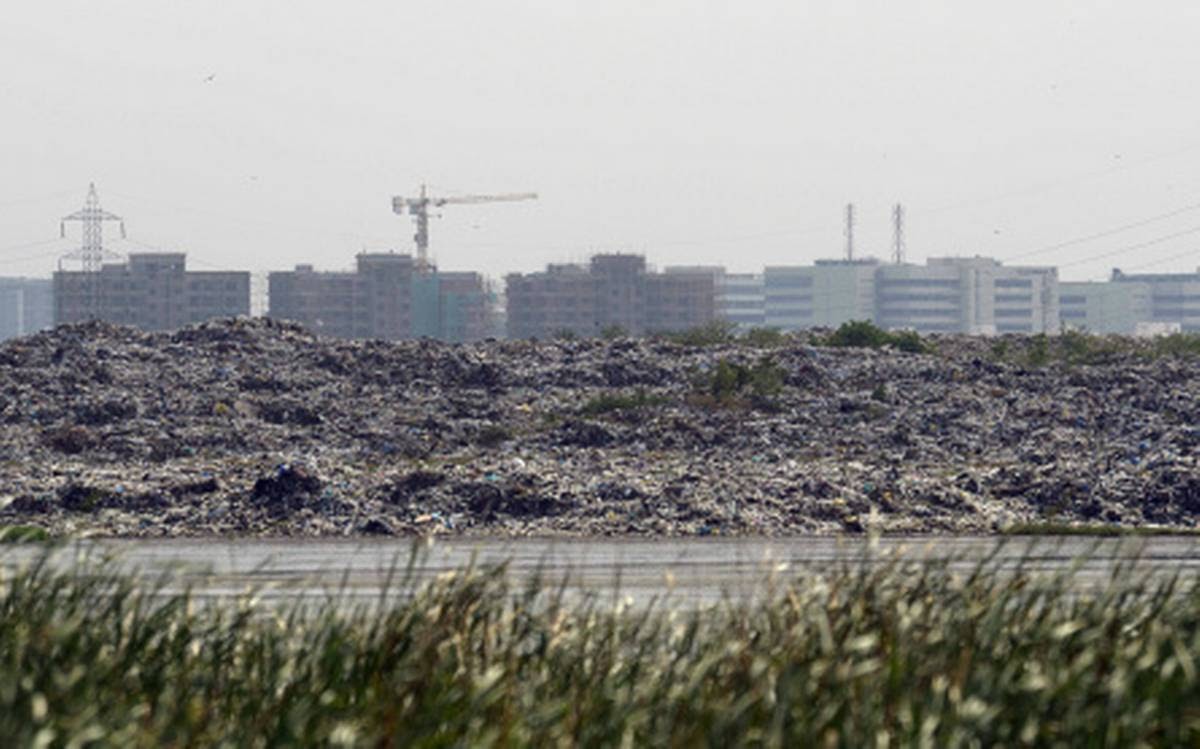 Figure 2: Piles of garbage in the Pallikaranai marshland
(Source: https://www.thehindu.com/news/cities/chennai/chen-infra/dumping-yards-to-get-green-cover)
Conclusion
Wetlands play many significant roles in the environment and provide beneficial services to humans and other species. Some of these functions include capturing and storing carbon to reduce atmospheric greenhouse gases, acting as a natural sponge where the water is absorbed during the heavy rains/floods, preventing freshwater drainage into the sea and maintaining base levels of surface water even during the summer months. Wetlands also recharge the groundwater and improve the water quality. Unfortunately, we lost Kodungaiyur marshland due to our unsustainable lifestyle and the Pallikaranai Marshland is in ICU. Chennai is in a very critical stage in matters related to water security. We face heavy floods during the monsoon and heavy drought during the summer, and our relentless destruction of the wetlands and lakes is one of the reasons for this. It is imperative that the government considers this situation as very serious and that they take severe action against all the encroachments in the wetlands & other water catchment areas. It is also a fundamental truth that our unsegregated waste plays a vital role in the destruction of Chennai’s two important wetlands. As individuals, we also have the responsibility to lead a sustainable life by buying less and throwing away less. When we do have to throw away, we need to do that in a responsible manner by segregating waste into three categories: biodegradable, non-biodegradable, and sanitary/hazardous waste. Composting biodegradable waste at home will drastically reduce the amount of waste that enters these wetlands. The responsibility of environmental protection not only lies with the public & the government but also with corporates. As per the Companies Act 2013 every corporate company has to spend at least 2% of their net profit on Corporate Social Responsibility (CSR) activities, mainly focusing on environmental protection and management. Tamil Nadu has spent 823.33 crores under CSR activity during the financial year 18-19. Chennai is a hub for many IT companies and these IT companies, in addition to any other CSR activities they currently do, must also focus on the protection and recovery of our unique wetlands and water catchment areas.
Newsletter Type
The Public Newsense
Work area
Solid Waste Management