Electricity Consumers Cells (ECCs), an initiative of CAG, started in November 2016 with the purpose of empowering consumers to improve their  participation in the governance of the electricity sector in Tamil Nadu. So far, seven Electricity Consumer Cells (ECCs) have been set up in seven districts in Tamil Nadu. ECCs began functioning in December 2016 in the three districts of Tiruvallur, Cuddalore, and Tirunelveli. In May 2018, two more ECCs were set up in the districts of Salem and Tiruvannamalai and in June 2019, ECCs in Vellore and Trichy were added. 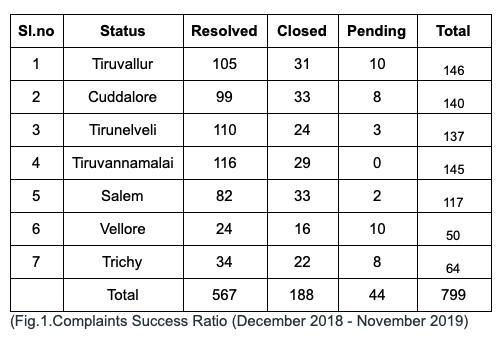 Nature of the complaints: 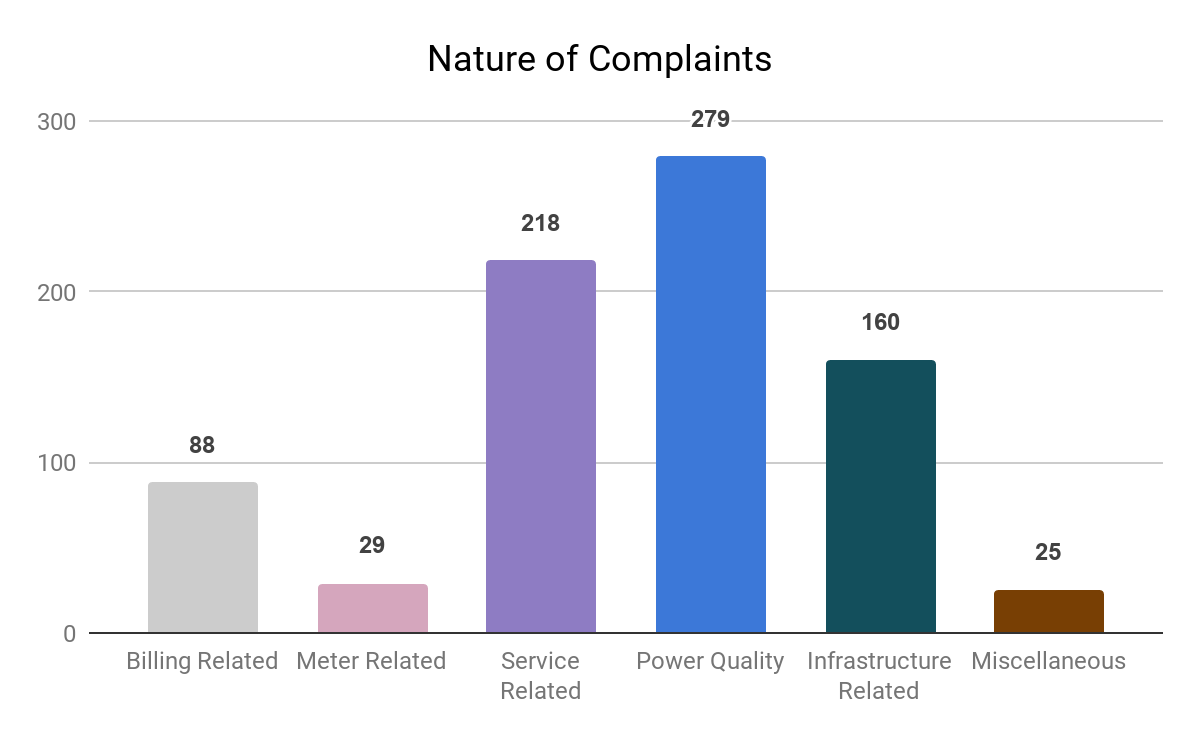 Consumers are encouraged to visit the ECCs to learn more about the electricity sector. This understanding is required because consumers will be better informed about electricity related processes and procedures, if they meet our advisors in person. CAG has created resources  (posters & booklets) to disseminate information about the electricity sector. All these are available in the ECCs. Visiting helps the consumer to interact better with the ECCs and vice versa. Typically, consumers get in touch with ECCs 1) by directly visiting the cell and during outreach meetings and capacity building programmes, and 2) contacting the ECCs over the phone.

In the one year period between December 2018 and November 2019, 567 consumers have contacted the ECCs over the phone, while during the previous two years (December 2016 - November 2018) a total of 805 direct contacts were made by consumers.  The rise is due to an increase in the number of ECCs and the outreach meetings in different regions. 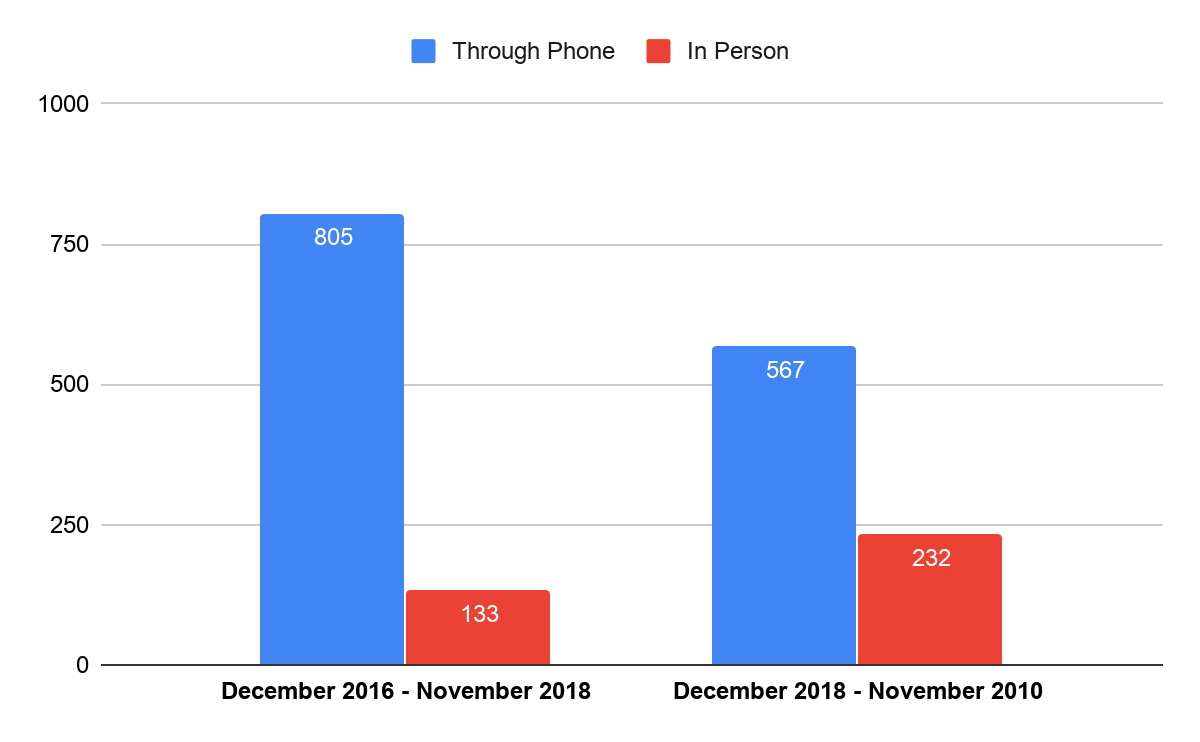 A total of 87 outreach meetings were conducted by ECCs in various parts of the districts between December 2018 and November 2019. These meetings aim to educate consumers on electricity rights and create awareness on renewable energy, especially rooftop solar and solar agriculture pumpsets. Further, 19 capacity building programmes were conducted to impart knowledge in the areas of  energy governance, energy efficiency, energy conservation and renewable energy. These topics were covered by citing examples that consumers relate to and apply in their own homes. A live demonstration of solar panels was given using a solar demo kit (which consists of a solar panel, charge controller, battery and bulbs) to help the consumer understand solar energy.

During the outreach meetings and capacity building programmes, solar installers from the private sector presented solar energy concepts pertaining to installation of rooftop solar and agricultural pump sets. These meetings generated interest among the stakeholders and there were several enquiries regarding the procedures for installation, subsidy, warranty, guarantee etc. As of November 2019, 97 rooftop solar enquiries and 41 enquiries related to solar agricultural pump sets were addressed by the ECCs. Altogether, the ECCs have supported consumers in their decision to install rooftop solar for a capacity of 152 KW and solar pump sets for a capacity of 145.5 KW, in total.

The objective of the meeting was to promote renewable energy and energy efficiency (LED bulbs, fans etc) as an alternate, sustainable energy option for small vendors, roadside shops, and farmers. The participants had a healthy discussion about its procedures, payback period and monetary assistance available.

Ten awareness programmes were conducted in schools of Vellore, Tiruvallur, Chennai districts on renewable energy, energy efficiency and conservation by ECC engineers and researchers from CAG. The awareness programme was aimed to a) promote awareness and bring a behavioral change using energy efficiency and energy conservation by giving simple examples, b) creating solar energy especially rooftop solar with the help of demo kit.

The ECCs act as a bridge between TANGEDCO and the consumers, solving various complaints in a timely manner. It has been a platform for the consumers to get to know their rights in addressing the complaints and other aspects as well. Also, ECCs have reached out to new locations in their respective districts to directly meet the consumers. Awareness programmes on Energy Efficiency and Energy Conservation have helped the participants to change their behaviour and live more sustainably.