A study on street vendors usage, consumption, and awareness of reused cooking oils in Tamil Nadu

CAG has been working towards effective implementation of the trans fat regulations    in Tamil Nadu. Artificially produced trans fats like vanaspati, margarine, bakery shortenings, are harmful as they are major contributors to non-communicable diseases like diabetes, hypertension, cardiovascular diseases, stroke, cancer, etc. Used cooking oil is also an important source of trans fat. Experts say that during repeated frying   , many properties of oil are altered. The altered properties cause toxicity which are associated with several diseases such as hypertension, atherosclerosis, Alzheimer’s disease, liver diseases. Recognising the need to protect the health of consumers, the Food Safety and Standards Authority of India (FSSAI)  insists that  all Food Business Operators (FBOs)  monitor the quality of oil during the process of frying. The Authority has fixed permissible limits for the presence of toxic chemicals in the oil, beyond which the oil should not be used. 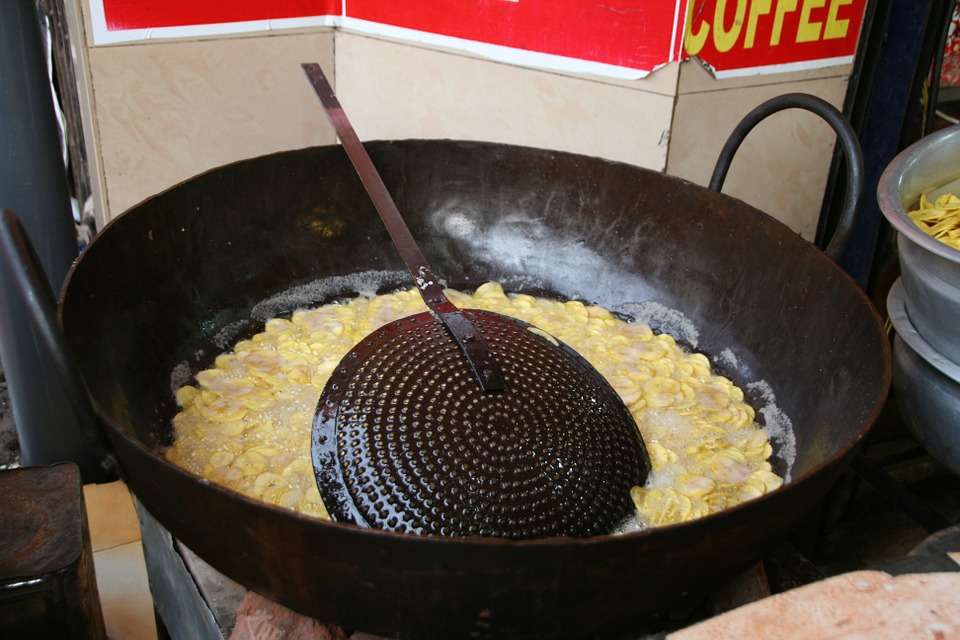 Street food vendors play a major role in our food system and it has been often observed that they reuse cooking oil and top up cooked oil with fresh oil. We also hear that the bigger food establishments sell used cooking oil to smaller ones and street vendors at lesser rates.

Some highlights of the study are as follows:

FSSAI’s guidelines suggest that used cooking oils be disposed off in an environment friendly manner because tons and tons of oil are being used for cooking purposes. These can be used to make biodiesel which is an environmentally friendly fuel.

It is high time that the FSSAI amended the law to bring all food business operators, including street food vendors within the ambit of RUCO. Presently, only those food business operators, who consumed more than 50 litres of oil in a day are required to maintain records and dispose of the used oil to authorised collection agencies. (1)(2) . It is important for food safety officials to  create more awareness among all the food business operators including those in the semi-urban, town and rural areas on the health hazards of reusing oil repeatedly. Expansion of RUCO centers should be widespread to assist the Food Business Operators, especially the street vendors to give away their used cooking oils. Enforcement should be tightened  by random checks of frying oil's quality by the Food Safety Officers .This is important to safe-guard the health of consumers.