The Road to Open Data

This project has two principal, inter-connected objectives; first, to create a credible dataset which would set standards for the city of Chennai and push for the necessity and improved quality of open data, and second, to facilitate citizen-generated data on the condition of urban infrastructure.  Primarily, we aim to generate an accurate, geospatial database on all the roads and footpaths in the city, as well as data regarding their perceived (and quantifiable) quality, as assessed by the citizens through the use of a toolkit. Thus, we hope to explore how we can mobilise citizens and develop their capacity to use government data to monitor urban infrastructure in their localities to support the demand for municipal data to be made open.

Chennai consists of nearly 3000 km of roads, which covers an area of 426 square kilometers - all of which are under the Corporation of Chennai’s authority. It is common knowledge that road and pavement maintenance accounts for one of the biggest expenditures in the city government’s budget. Yet, the crumbling infrastructure of roads and footpaths generates multitudinous complaints, with regards to the various safety hazards and garish inconveniences - potholes, missing manhole covers, speed breakers (or the lack thereof), missing footpaths and many more. Furthermore, there exists no accurate geospatial database of roads and footpaths, and the CoC currently has two entirely distinct lists of identifiers for roads - which is an obvious predicament. Moreover, it was found that city engineers did not use either of the identifiers in any of their official paperwork or records related to contractual jobs.

It would be far more efficient for citizens to take the reins and determine which roads and footpaths in their neighborhoods require repair. However, as of yet there are not many ways for citizens to assess and quantify road quality without having in-depth technical know-how, as well as the correct equipment. Nevertheless, they deserve the right to open data regarding the condition of their city’s infrastructure, especially given that such a substantial portion of their government’s budget is dedicated to this purpose.

Through this project, we aim to attach identifiers to all of the roads and footpaths within the city, so as to have a methodical and established database which CAG can use as well as provide to the Corporation of Chennai. For roads specifically, we hope to simplify the Pavement Condition Index (PCI), a standardised and quantifiable method of assessing the quality of roads, for surveyors and citizens alike. This will enable citizens to accurately assess the surface quality of roads without needing prior technical experience or access to specialised equipment. As for footpaths, CAG has previously determined the standards and KPIs (as part of the Chennai Data Portal project) with which surveyors and citizens would be able to assess their condition and determine whether they need to be widened, and/or obstructions be removed. Additionally, we have already created a mobile application (essentially, a quality assessment toolkit) with which citizens can assess various facets of urban and public infrastructure; we aim to add all the roads and footpaths to this app, which citizens can then assess using a survey of questions.

We aim to publish the data on this website in accordance with our open data principles. The results obtained from the surveys can then be meaningfully incorporated in the Corporation of Chennai’s planning and monitoring procedures. This will enable them to establish the rate of road deterioration, which would consequently help them identify and carry out repair and rehabilitation processes well ahead of time, thereby cutting costs in the long term. Essentially, we would like to be able to determine how the process of government decision-making impacts the outcomes of mobility for citizens, with regard to both vehicles and pedestrians. 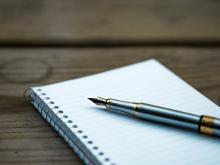 14/07/2016 - 12:54
Diksha Radhakrishnan, Intern
Assessing road quality may seem like a highly complex science, requiring not only prior technical knowledge and experience, but also specialised equipment and tools.

Open Data: The Challenges of Generating a Credible Dataset on Urban Infrastructure Quality