The Electricity Consumer Cell (ECC), Tirunelveli, organized a capacity building programme on “Energy Efficiency and Renewable Energy” on January 30, 2018, at Arulmegu Sri Selva Vinayagar Kovil, Kotha Nagar B colony, V.M. Chatram. The purpose of the programme was to build consumer awareness on energy conservation and to educate them about energy-efficient devices and renewable energy concepts at the household level. Consumer groups, civil society organizations, and local residents participated in the programme. Mr. Charles, Assistant Engineer, TANGEDCO, was the special guest for the occasion.

Mr. Chandrababu, PRO, ECC Tirunelveli, inaugurated the session with a prayer song and welcomed the participants. Mr. Venkatachalam, Tirunelveli Consumer Protection Sangam, gave an introduction on the efforts  of ECC Tirunelveli in supporting consumers address electricity issues. He further gave examples of how the ECC functions as a bridge between consumers and TANGEDCO.

Mr. Shanmugam, Advisor, ECC Tirunelveli, spoke about electricity hazards and the precautions to be taken in order to avoid such hazards. He gave some tips on how to use electricity efficiently and the benefits of solar power in energy conservation.

Sridhar S.I., Researcher, CAG, gave a presentation on energy efficiency and energy conservation methods at the household level. He listed out  household appliances like refrigerators, air conditioners, geysers etc... that consume more electricity and suggested replacing them with latest energy-efficient devices. He provided examples on how  saving energy in units is possible when a normal incandescent bulb is replaced with a compact fluorescent bulb and LED lamps. He further gave examples of simple energy-saving methods for all household devices. This was followed by discussions on energy-efficient practices in their respective houses.

Mr. I. Anto Jeyarajan, Business Head, Green Tech Solar, gave a presentation on solar power for households. He talked about the application of solar thermal energy and rooftop solar photovoltaics for homes. He showcased some of the successful projects of Green Tech Solar at various  locations with the help of Supervisory Control and Data Acquisition (SCADA) system. He also highlighted various subsidies available and net-metering benefits of using rooftop solar.

Mr. Charles, Assistant Engineer, TANGEDCO, talked about the causes for frequent power cuts and power failure. He said that  TANGEDCO’s consumer helpline facility is available in the Tirunelveli area for filing complaints about any kind of electricity issue. He also shared the efforts of  TANGEDCO to rectify the voltage fluctuation issues in Tirunelveli town. He advised consumers to inform TANGEDCO to get the required supply before increasing their load, so that the power fluctuations can be avoided. He gave examples of disruption in supply caused by various means including falling branches of some trees on to the distribution lines. He advised consumers to report such events and to remove or cut down such trees in their respective premises in order to avoid power failures.

Mr. G.N. Bharath Ram, Researcher, shared details about recent efforts undertaken by CAG and FEDCOT on “Ockhi Electricity Infrastructure Mapping” in Nagercoil and Kanyakumari (https://ecc.ushahidi.io/). He spoke about how the survey was done and highlighted the infrastructure damages and power outage in the villages of Kanyakumari and Nagercoil caused by the cyclone. He gave a presentation on the number of ECC complaints with the help of ‘CARTODB’ map and explained mapping of the complaints.

Mr. Ramayya, organizer, concluded the session with a vote of thanks. 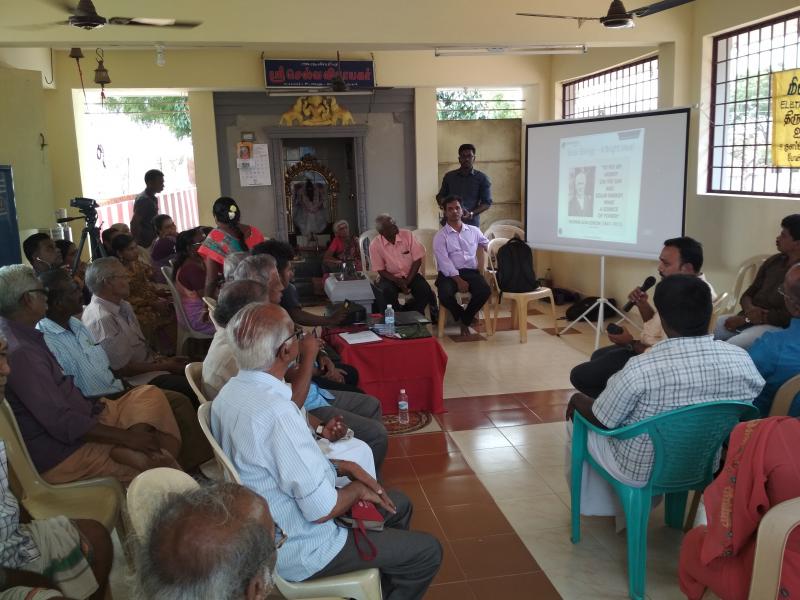 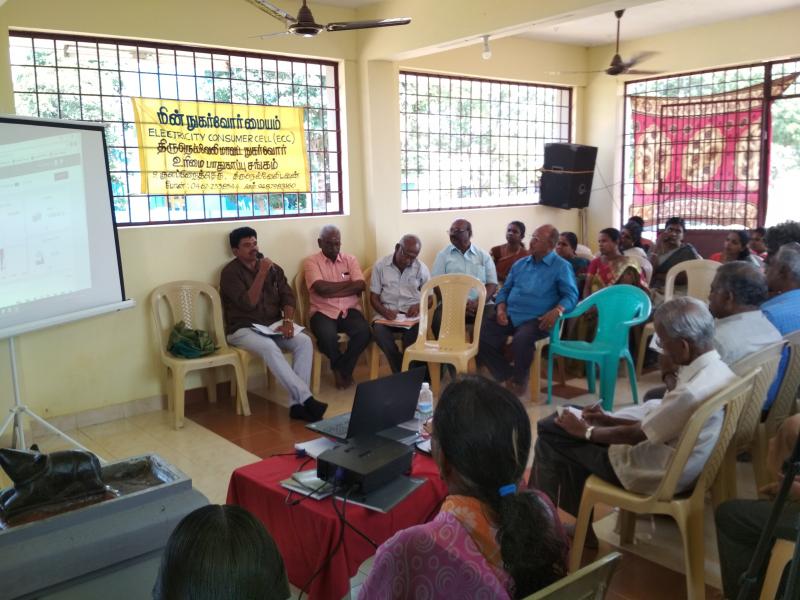 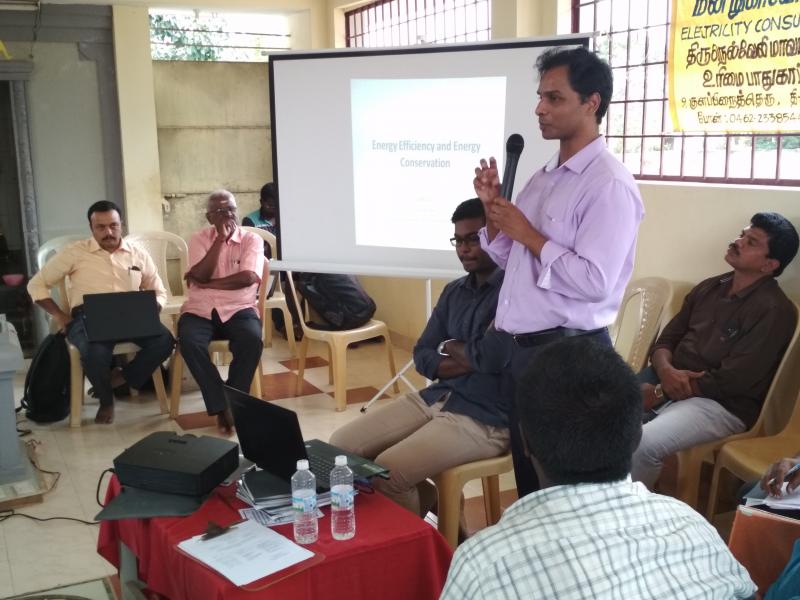 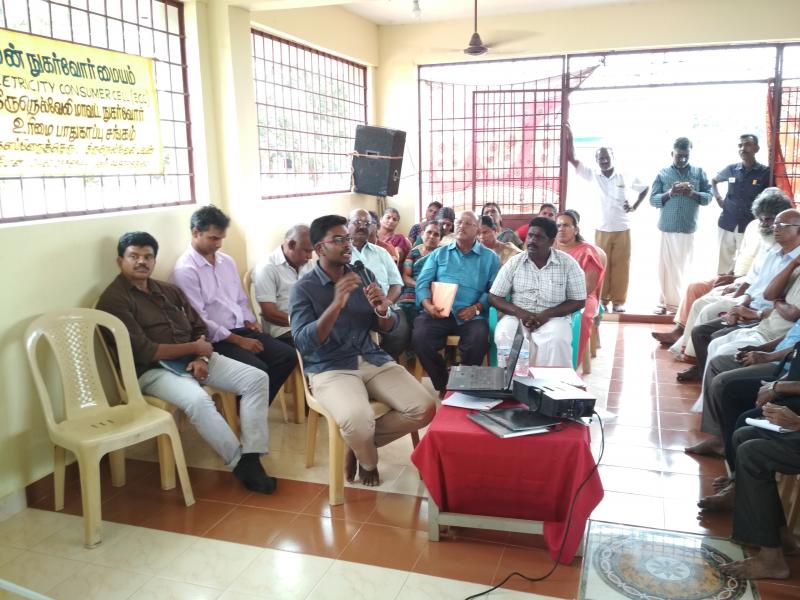