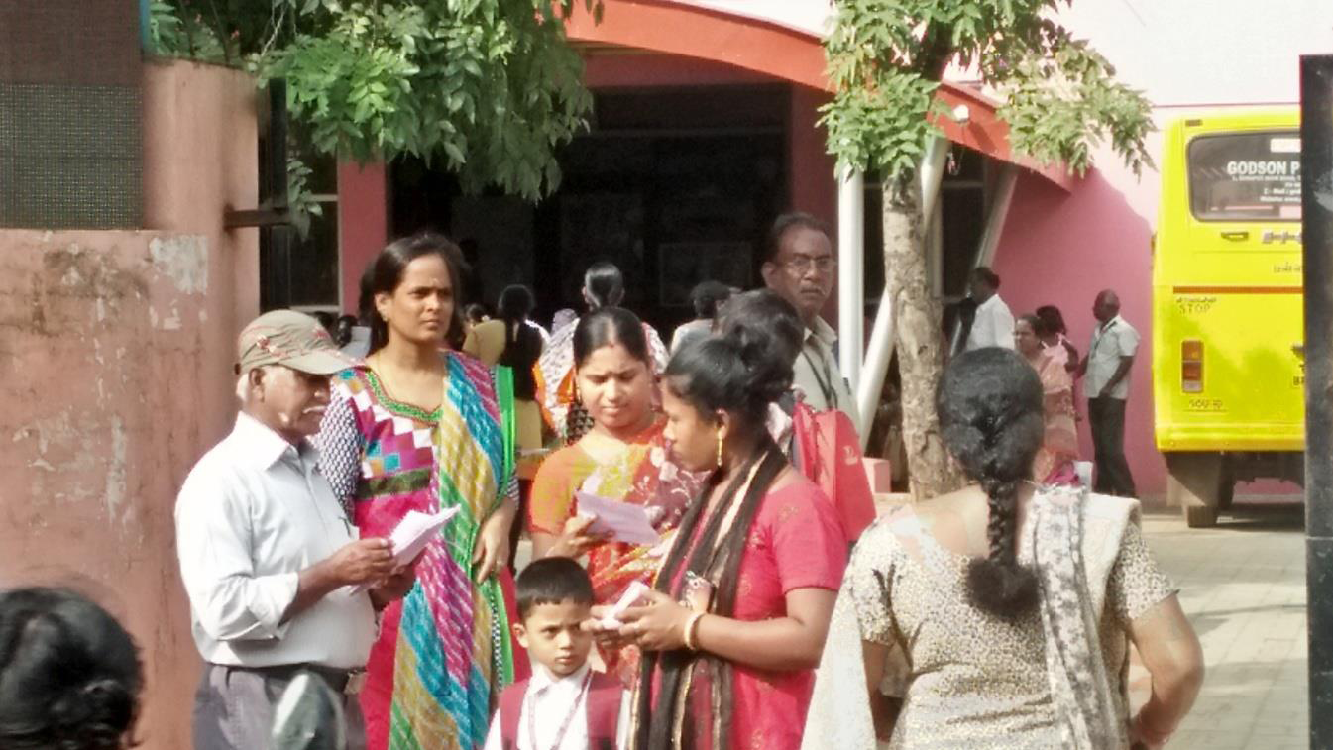 Mr. V. Ashokan, Advisor, ECC-Tiruvallur, explained the concept of energy efficiency and energy conservation to the public. Subsequently, he explained the advantages of solar energy, LED bulbs, and tube lights, which consume less energy. He presented a comparative analysis between energy consumption of normal bulbs, tube lights with LED bulbs, and tube lights - based on their wattage and voltage. Finally, consumers registered their complaints in the advisory form given to them. The experts offered suggestions to some of the complainants by advising them to write a letter to the concerned officials. 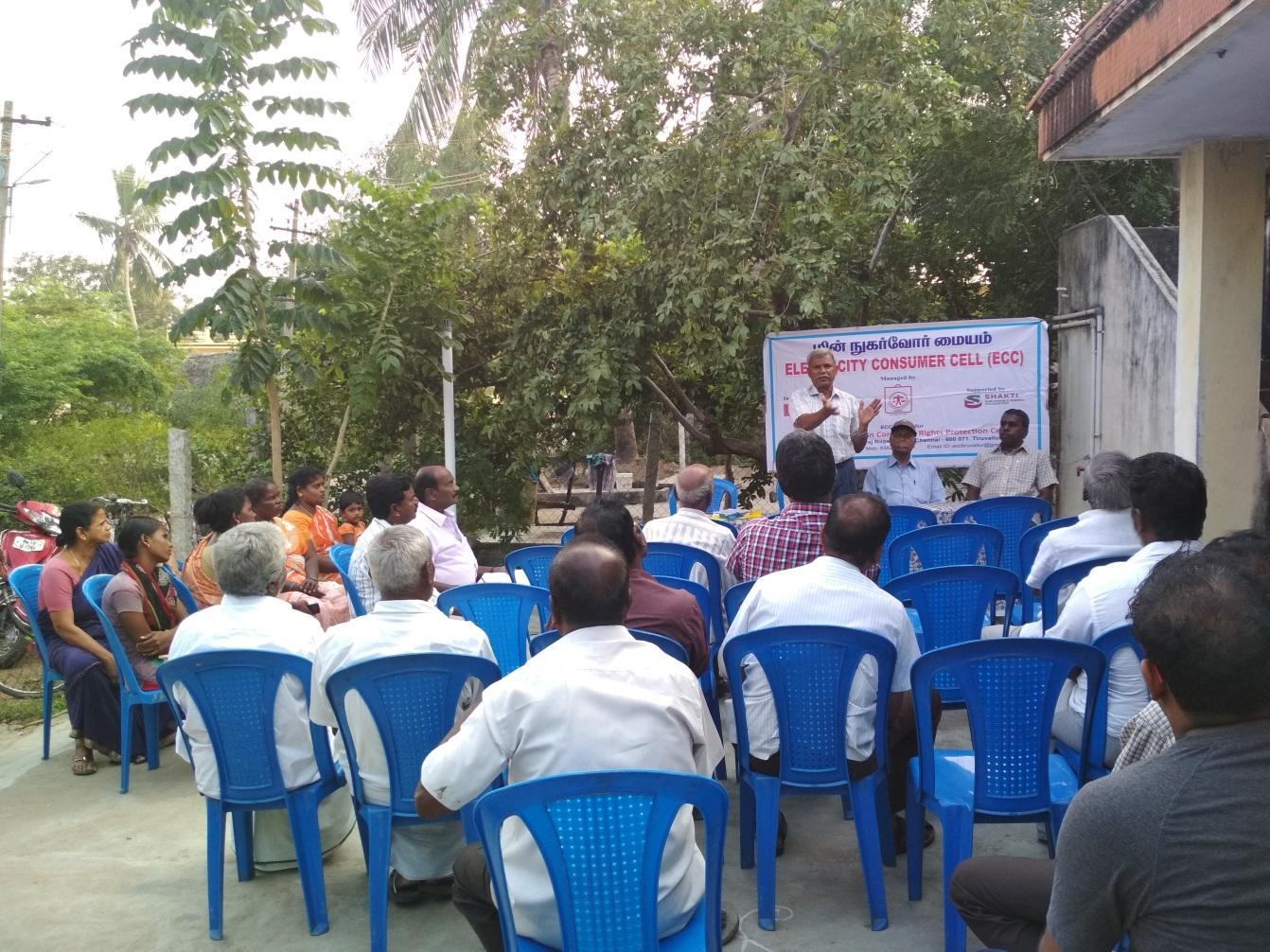 Mr. G.N. Bharath Ram, Researcher, CAG, briefed the participants about CAG’s work and projects, the objectives and functions of ECCs, and the procedure for registering electricity complaints.  He explained the details of the ECC catalog that include information on forms and procedure for name transfer, functioning of meters, grievance redressal mechanism, application for new electricity connection, etc. The catalog also consists of instructions and do’s and don’ts with regard to the electricity rights and governance. 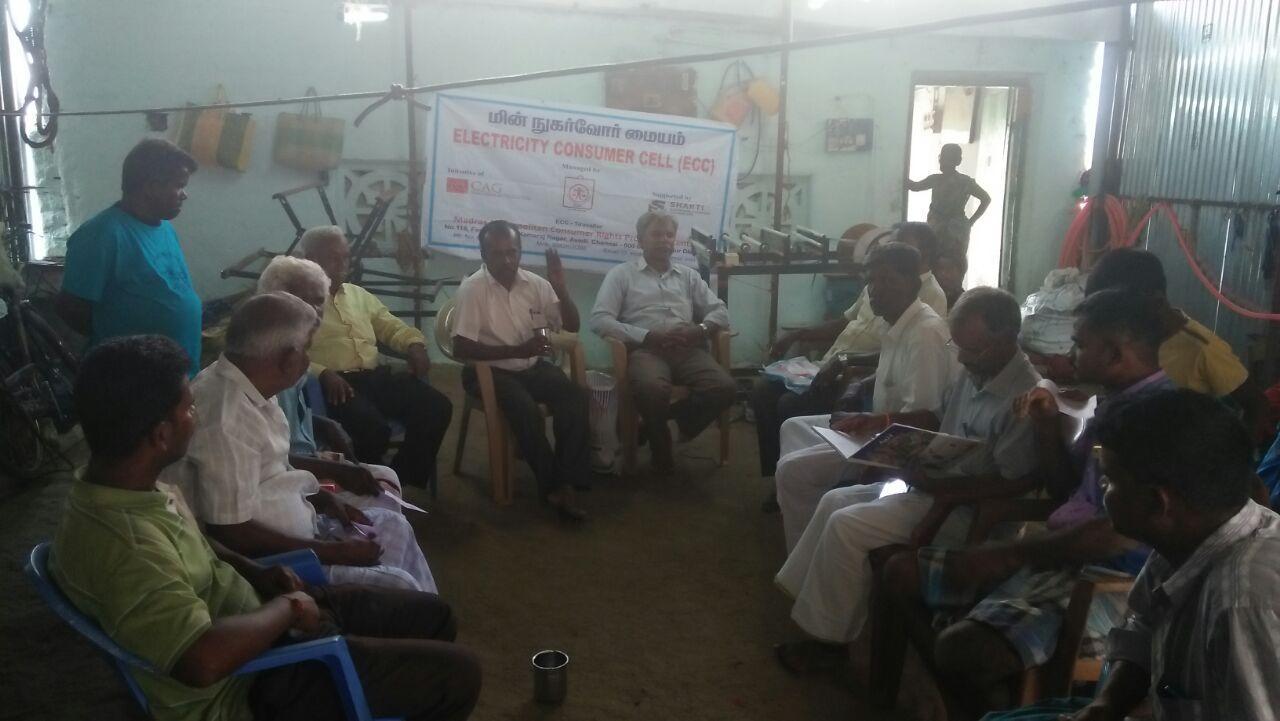