On January 10 2019, India had her first ever national programme to address the air pollution issue, released by the Ministry of Environment, Forests and Climate Change (MoEFCC). Considering the exigency and the magnitude of air pollution, government’s intent and action to come with a national programme is timely (at a time when there is global focus on air pollution and its health impacts) and welcome. MoEFCC has said that in its current form, National Clean Air Programme (NCAP) is a midterm programme and will be in effect from 2019 to 2024. The goal of NCAP is “to meet the prescribed annual average ambient air quality standards at all locations in the country in a stipulated time frame (long-term).” The desire and the proposed approach, as laid out in the programme document, envisions a collaborative, cross-sectoral, multiscale and multilayered coordination between relevant central ministries, state governments, and local bodies.

The NCAP has come after a long wait since the release of the first draft in April 2018 and government’s own analysis showed previous interventions to curb air pollution inadequate. “With these recent policy interventions, the air quality has purportedly shown some minor improvement in some major cities in recent times, which, as of now, cannot be called a trend,” the NCAP states. It goes on to mention that a higher level of focused and time-bound initiatives, both at the urban and rural levels, seem obligatory to comprehensively address the issue at the national level. 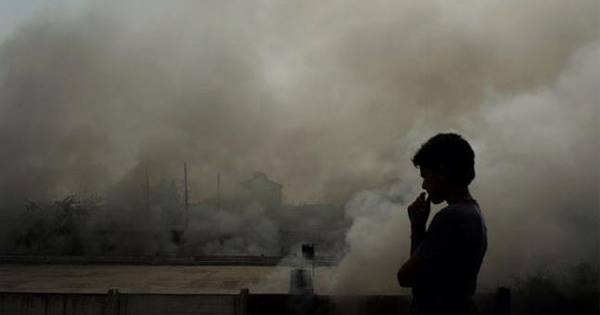 However, a careful look at the document will let one down as it fails to provide a strong statutory or financial framework for any significant abatement of air pollution in a reasonable time frame. NCAP is not notified under any Act {The Environment (Protection) Act 1986 or The Air (Prevention and Control of Pollution) Act 1981} and thus not binding on any authority or pollutants. Our past experience with the emission standards for coal-based power plants and with the Comprehensive Action Plan (CAP) for Delhi teach us that implementation is a major challenge. Thus, there is need for NCAP to have stringent provisions that are legally binding on both the authorities and the polluters to cut down on pollution.

Delhi-NCR has been at the centre of all major policy level interventions to ameliorate air quality till date. The NCAP document notes that Delhi-NCR has an edge over other non-attainment cities to meet the NCAP goal. With pollution still at toxic levels in Delhi, it is not clear how it has an edge over other cities. According to the latest Greenpeace India report titled Airpocalypse-III, the top non-attainment cities will remain above the prescribed national safe limits of ambient air quality after a 20-30% reduction in air pollution in the next 5 years. The Airpocalypse-III report also points out that according to the government data available in 2017, there are 241 non-attainment cities in India. This means that NCAP has left out 139 cities. The NCAP document grossly misses another point that while the focus is on these 102 non-attainment cities, the aspirational middle class in India is moving towards acquiring more vehicles which are a status symbol in our society and thus there are other cities where air pollution is going to increase to unhealthy levels during the NCAP term. The way to reduce the impact of increased number of personal vehicles on our roads is by faster transition to electric vehicles (EVs) because the current target of having more than 30% vehicles as EVs by the year 2030 (NCAP timeline), might not be sufficient to curb air pollution. The rise of the aspirational middle class will lead to increased consumption leading to increased demand for industrial activity and transport vehicles as well which together are responsible for as much as 60% of the total air pollution in India.  NCAP fails in ambition by selecting a reduction target of 20-30% over the next 5 years for PM2.5 and PM10 as against what has been already achieved by cities like Beijing and Seoul (35-40% reduction in 5 years for PM2.5), while cities like Santiago and Mexico City have shown a reduction of 73% and 61% in PM2.5 and PM10 concentrations respectively over a 22 to 25 year period. If these cities could achieve more in the past, what is stopping India from aiming for greater and meaningful reduction targets?

Separating the need for prompt action and data generation

The NCAP is over-reliant on the need for producing more and supposedly better quality data locally but fails to prescribe any remedial application of the data by central or state governments. It is always desirable to generate data on air quality and its effect on health from an academic perspective, not from the perspective of the need for rapid action on abating air pollution. This is because there is enough evidence through studies done by reputed institutes in India and abroad, affirming that India is one of the worst affected countries globally and that air pollution in India is a major public health emergency. Moreover, most of the authors and their affiliated institutes of the paper (footnote 2) published in December 2018 in the journal The Lancet Planetary Health are from India. Government-owned agencies, like Indian Council of Medical Research (ICMR), were involved in financing and actively participating in this study. This Lancet study reveals that India has a disproportionately high mortality and disease burden due to air pollution and that reducing this considerably preventable deaths and disease burden is dependent on quick implementation of effective multi-sectoral policy interventions on a national scale that are commensurate with the severity of air pollution in each state. This should be enough for our government to propel action on a war footing. It is hoped that the government takes cognizance of this study and incorporates new action points in the next update to this evolving programme. However, such studies done prior to October 2018 find no mention in the NCAP resulting in its conclusion that there is a lack of good quality Indian data on health impacts of air pollution in India.

December 2015 had seen stringent controls for emissions from coal power plants in India, under which coal power plants were given two years time to reduce particulate matter emissions by as much as 40%. This 2015 notification was wilfully stalled and diluted down with the timeline extended to 2022. The NCAP document misses out on an opportunity to get on track with regard to tightening regulations for coal-based power plants and even goes a step further by setting a deadline of 2024 to phase out old coal-based power plants. The NCAP mentions improved fly ash utilization by prescribing action points but the same is conspicuously absent from the implementation table for agencies and their timelines. To curb air pollution, there needs to be a stringent timeline for a pollution source that contributes over 60% of the particulate matter pollution in India. Unless old coal power plants are phased out and stringent controls implemented for new ones, there can be no serious reduction in air pollution in India. The MoEFCC has to come up with an innovative approach when it comes to controlling emissions from the power generation industry as past methods have all failed, sometimes by interdepartmental confusions or opposing views in getting regulations and notifications implemented and at other times by industry pressure and tactics of delay and dilute (footnote 4).  Considering all this, it is unfortunate that the government thinks issuing emission norms and implementing guidelines alone would suffice to get the energy sector to clean up its act. With MoEFCC not learning from past experiences and mistakes, NCAP is yet another magnificent failure with respect to the power sector regulations to curb air pollution.

In its current form, NCAP is only about plucking the low hanging fruit as NCAP has taken all existing programmes for combating air pollution and climate change under its ambit. The NCAP programme itself revolves around the same concepts and guidelines from the latter to build a timeline and action points for the former. This does not really alter the status quo to a level that can have a serious and timely impact on abating air pollution in India. The document has glaring silence when it comes to detailed mechanisms of committed and continuous financing of the entire programme other than the mention of Rs.3,000 crore allocation from the central government. India has a long history of poor interdepartmental or inter-ministerial coordination which is a must for a programme of this scale and significance to yield results. It is incumbent on the MoEFCC as the core agency for this programme to secure that the stated approach of NCAP stays a dynamic plan that makes rapid improvements based on the feedback received from all stakeholders and continues to evolve and expand based on new scientific data and international experiences. India cannot let this be another piece of text in an official document.

8.“The NCAP will be dynamic and will continue to evolve based on the additional available scientific and technical information as they emerge and in response to international best practices and experiences that are available.” - from 6.5 Approach, The NCAP report (page 24).