After the successful invention of alternating current in the late 1880s, electricity became an essential commodity around the world. It is pertinent to note that the electric current was charged as per the number of lamps in the respective premises. Later, scientists discovered that electricity consumption was not only based on the number of lamps but also the hours of usage. So, a device was invented for measuring the flow of current. The device was named as an electric meter. This article will explain the features of the electric meter and its types.

Based on make and working conditions, different types of electric meters are available as follows 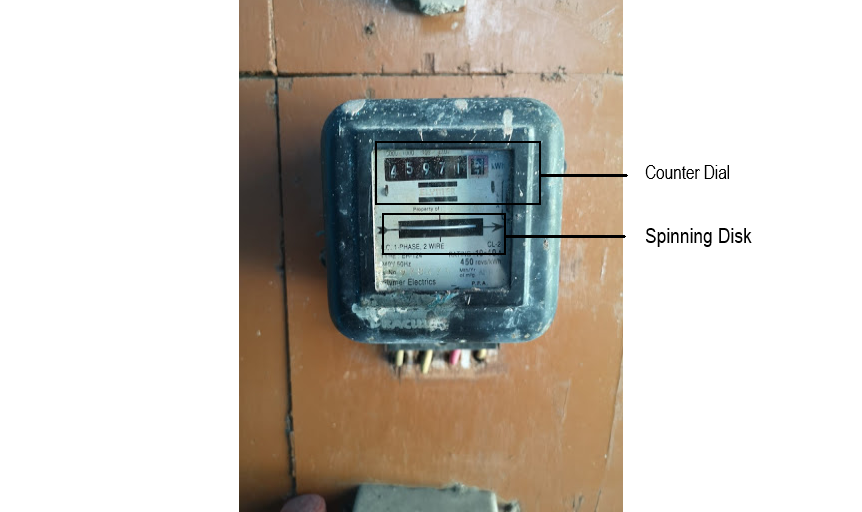 The recent version of digital meters uses CT (Current Transformer) sensors which measures the amount of energy consumed. This is deemed more accurate as compared to the mechanical system. The readings are shown either using the LED or LCD display. This version of digital meters does not have any mechanical parts, hence the probability of it getting damaged is also comparatively low. It also provides information like date, time, voltage, ampere, instantaneous and maximum rate of usage demand, kWh, kVAh, and power factor. The digital meter also has a push button to navigate between the above mentioned details. All these data are stored in non-volatile memory (can retain content even when power is off) for 45 days to 6 months which varies depending on the make of the meters. This type of meter also has a unique identification number. The electromechanical and digital meters are unidirectional meters. 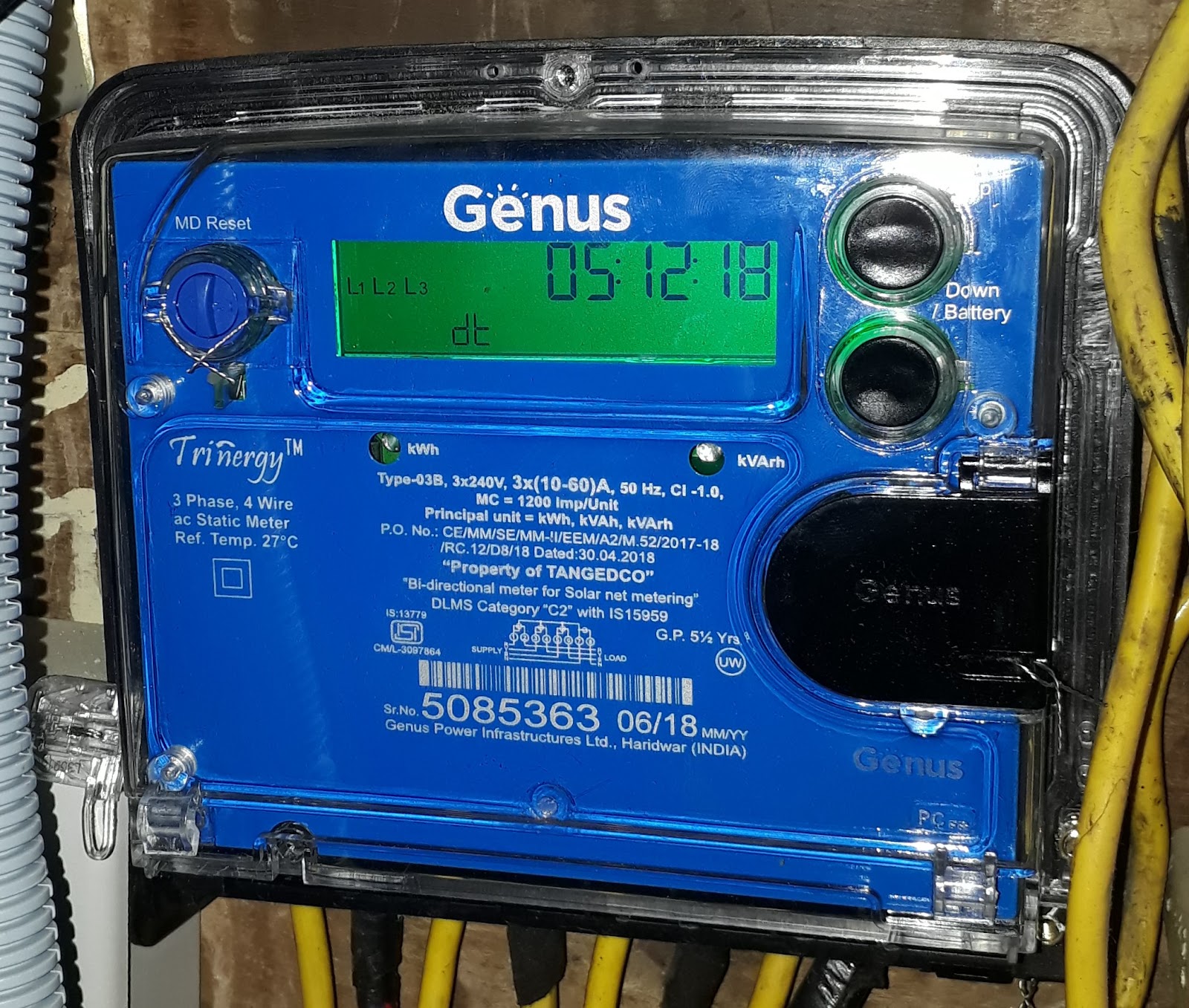 Smart meters are the latest electric metering system where it can track and record the electricity usage of premises and communicate it directly with the utility without human interference. Smart meters have a two-way communication system whereas all the other meters are one way communication metering systems. The smart meter has either a pre-installed Radio Frequency (RF) circuit or General Packet Radio Service (GPRS) on the meter for communication. This enables instantaneous transfer of data from each meter to the utility and vice-versa at a particular interval.

GPRS Communication: When GPRS is pre-installed, it communicates directly with the electricity provider. However, GPRS requires internet connectivity hence the data has to be transmitted by the telecom network. The disadvantages in installing GPRS in all the meters is connectivity issues and high cost.

RF sensors:  RF communication is similar to the mobile phone networks. Data from a set of meters in a community will be transmitted to the Data Collection Unit (DCU), which acts like a mobile tower that transmits data to the electricity provider. Here only the DCU has the GPRS system, whereas meters have only RF sensors hence the cost of the meters is less when compared to the meters which have GPRS.

Smart meters record the power usage of each house instantaneously, which helps the utility monitor the electricity demand. Smart meters also help arriving at a load curve to track consumption over short and long periods of time.

Generally, the electric meter reading is taken manually by an accessor hence increasing the chance of human error. In case of smart meters, data can be automatically sent to the service provider, thereby ensuring accuracy of the electric bill. 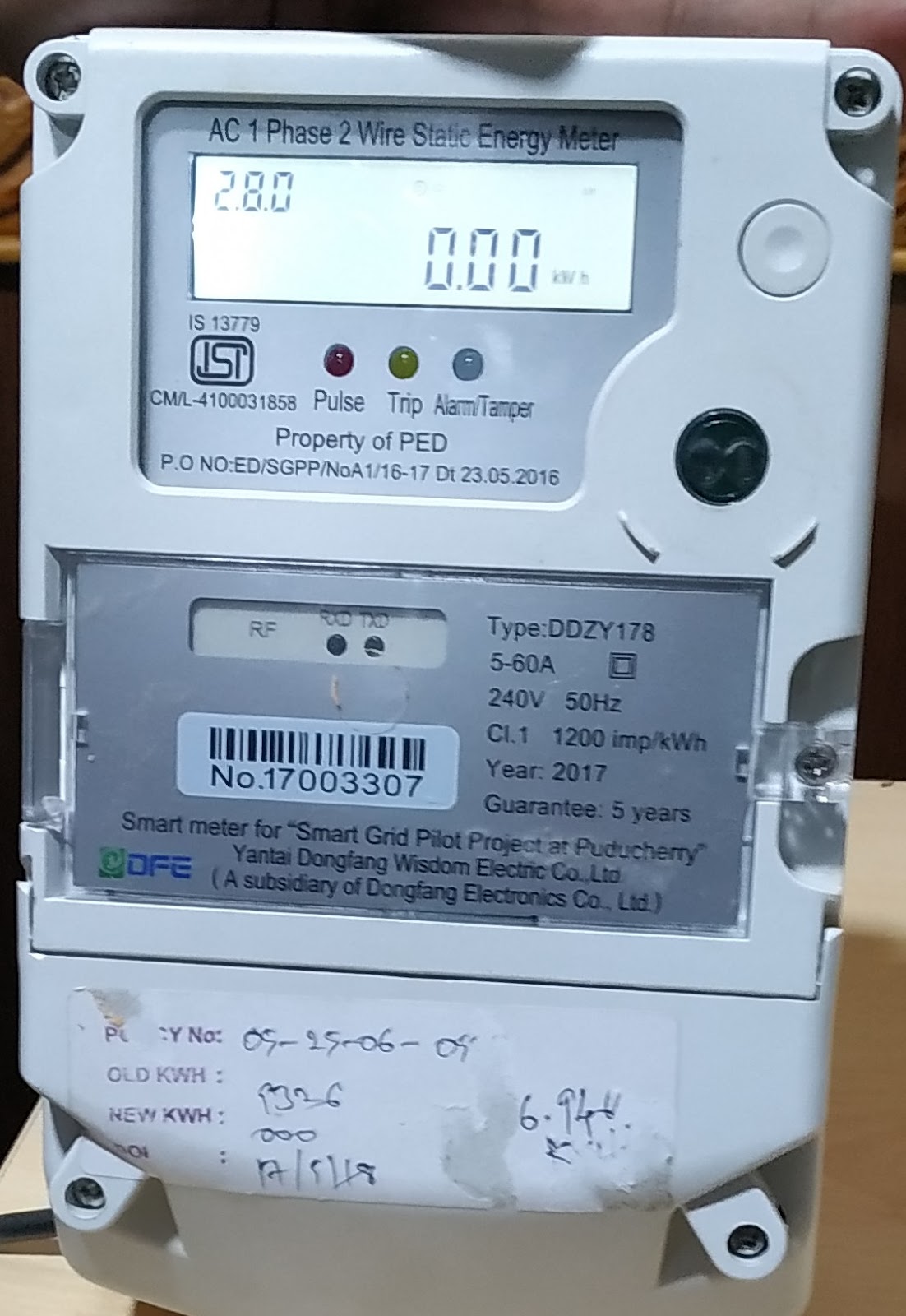 Smart meters send notification to the electricity provider incase of any kind of tampering. Further, customers can set a data alert for excessive consumption.