The Indian journey to the scientific investigation of road accidents: are we there yet?

Road accidents claim lives and limbs by the thousands, across the country. While the mere numbers must tempt traffic policemen to arrive at an accident site, do a preliminary interview with eyewitnesses, apportion blame and dispose of the accident debris, there is more to a road accident investigation than the cursory nod it currently receives. India, as one of the signatories of the Brasilia Declaration, is committed to halving road accident deaths by 2020. If the Brasilia Declaration is to be more than just wishful thinking, the first step is to isolate the true causes of death on our roads and look to rectifying these. The process it entails is a strictly scientific one, and not to be undertaken lightly or relying on prejudices, gut instincts or towards the final aim of passing the buck. 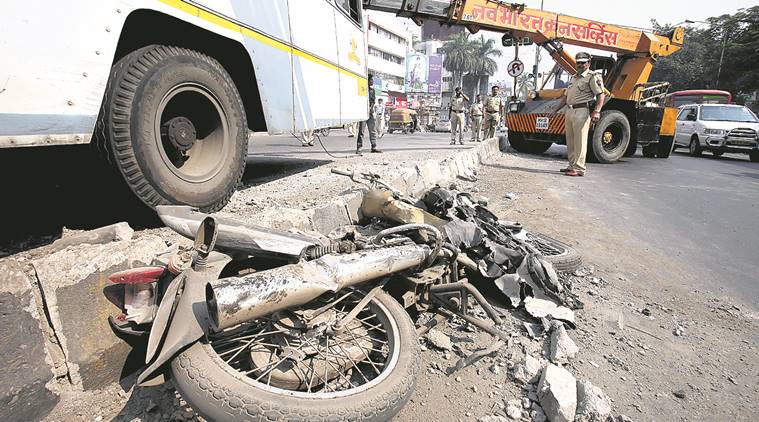 India is, by no means, stunted in the development of our scientific faculties. Year after year, India continues to produce doctors, engineers, scientists that are at the forefront of science across the world. However, scientific investigation of road accidents is definitely a field that has languished last in the minds of the police and policy makers. Possible reasons for this are that road crashes are on a steep rise and the police are already an overstretched force; the lack of coordinated services to facilitate investigations; and a perception that the law will not always follow up on the evidence presented by the police, thus rendering their work pointless. Perhaps even the acute awareness that agencies have about being held accountable for poorly maintained road infrastructure could explain this lethargy. For should a scientific road accident investigation point out that the real cause of death was a pothole, could the government be held responsible for its lackadaisical attitude to road conditions? Would the government be opening up a Pandora’s box by allowing this?

As a stunning example of the above, consider the case of Jagruti Hogale, an experienced biker with many miles under her belt. On a rainy evening in July 2017, on the Jawhar-Dahanu highway, she attempted to overtake a lorry, met with a pothole and in swerving to avoid it, got thrown under the wheels of the lorry. In what is almost laughable use of Section 304 of the Motor Vehicles Act, a case for negligent driving was filed against Hogale. "We registered a case under Section 304 (a) (negligent driving) against Hogale. She should have shown better judgement while riding her bike. Had she swerved to the right, she probably could have been saved as she was wearing a helmet," is the verdict of Kasa assistant police inspector, Jayprakash Gute. That the above episode could have been investigated, ignoring the road maintenance authorities’ contribution to the fatality perhaps indicates stereotypical attitudes that the Indian police (sometimes even the public) continue to be burdened with. In this case, the assumption was ‘Here is the road – now you be sensible how you drive on it’. Any accident after this handover of responsibility is mostly considered the road user’s fault and never that of the civic officials.

So what is a road accident investigation meant to achieve?

The money and effort that we spend solving our road traffic problems will be informed by our road crash data. This, in turn is derived from how we obtain such data and the investigative methods used. Current Indian thinking on the rationale for road traffic investigations appears to be focussed towards serving justice and giving the victim their due recompense. While this is important, just as crucial is the recognition that accident investigations inform future safety improvements, and prevent and prepare for future accidents. In fact, according to the European Safety, Reliability and Data Association, learning from past mistakes should be seen as the mainstay of safety management. In essence, road accident investigation should be a robust iterative system, which follows a constant feedback loop. Social, behavioural and technical factors need to be constantly monitored and actively solved based on the data received from the system. In the absence of this intent to look, listen, and learn from, road accident investigations will in itself be a mere ritual.

Section 158(6) of the Motor Vehicles Act 1988 sets out that an accident information report (AIR) from the police be sent to the Claims Tribunal within 30 days of the event. However, it is clear from this document released by the Jharkhand State Legal Services Authority that it has taken multiple Public Interest Litigations to achieve (possibly still only partial) compliance from the police authorities. A 2007 judgment by the Supreme Court ordered all states and union territories to comply with use of the Form 54 to file an AIR. A cursory look at the form indicates that it can by no means form the basis of in-depth investigation; it carries only the bare bones of the information required to piece together a road accident. Several litigations later, in 2009, the Delhi High Court ruled that the police, together with filing an AIR, shall also supply a Detailed Accident Report (DAR) which provides substantial information. However, this has by no means been adopted as a national policy; over the years newspapers have carried individual cases where the state court has ruled for that state to comply with the DAR. For example, Tamil Nadu in November 2016 and Maharashtra in April 2017.

More recently, the Motor Vehicle Amendment Bill 2017 through an amendment to Section 135 allows the central government to formulate schemes that facilitate in-depth analysis of road accidents. However, there are still no legal legs to stand on when attempting to penalise authorities or construction agencies for shoddy road building or maintenance. This legal void will likely affect how robustly we gather information on the accident.

The accident report - past, present and future

The Accident Investigation Report (AIR) originally prescribed by the MVA is too sketchy to be of any real use. The Detailed Accident Investigation Report (DAR) carries substantially more information. Documents that need to be attached to the report include a site plan drawn to scale describing skid marks, nature of traffic on the road and several other details, photographs of the accident site and vehicles from ‘all’ angles, driving conditions at the time, road surface conditions, details of road encroachments at the site, driver’s condition, victim’s injury and a mechanical inspection of the vehicle. Mechanical inspection of the vehicle, amongst other factors, also considers condition of tyre treads, air bags, and point of impact and level of damage. It does not appear though that an objective system has been set in place for defining, for example, level of damage, which could influence the outcome of an investigation. With as many as 100 items on the checklist, the manual itself appears to be comprehensive and a great improvement on Form 54.

In a more recent development, RASSI (Road Accident Sampling System - India), a relatively new initiative, aims to create a road traffic accident database through on-site crash investigations helping governments, citizens and the industry make informed data-led decisions about improving road safety in India. Implemented only in very specific regions around the country to begin with, it appears to be a promising system which if implemented nationally and consistently, can yield high quality data that can influence our future efforts. This comprehensive database is based on international databases such as the US National Automotive Sampling System – Crashworthiness Data System (NASS-CDS), the German In-Depth Accident Study (GIDAS), and the UK’s Co-operative Crash Injury Study (CCIS), but it was designed and developed to reflect Indian conditions. Currently, RASSI collects information on over 700 variables for human, vehicle, road and environmental factors associated with crashes. This system is likely an improvement on the DAR as not only does it count more variables, the information appears to be scored and handled more objectively.

So what caused that crash?

Each year the National Criminal Records Bureau releases data on road crashes together with an analysis of causes. The 2015 data reports the following numbers in the categories ‘Dangerous or careless driving or overtaking’ and ‘overspeeding’: 31.4% and 43.7 %, giving a total of 75.1%. The category ‘Lack of road infrastructure’ on the other hand accounts for just 0.9% of road fatalities.

Looking at this data more skeptically, in a study done by JP Inc, along the Mumbai – Pune six-lane highway, the investigation team analysed a total 155 crashes along the highway in the year 2016. The investigators used a multi-factorial assessment system that looked at the combination of factors which caused the accident and the combination of factors which influenced the nature and severity of injury or fatality. They found that the contributing factors influencing the occurrence of the accident itself was human (93%), vehicle (12%) and infrastructure (24%). This observation on the heavy tilt towards human error ties in with the data released by the NCRB. However, when contributing factors influencing the occurrence of fatality or serious injury were considered, human error factor reduced to 57%, vehicle to 84% and infrastructure to 29%.  (As factors can overlap and influence the occurrence of a particular event, the sum total of the factors does not add up to 100)

Taking this statistic a bit further, one could argue that, to reduce the number of accidents, public education, law and enforcement are crucial. However, the number of serious injuries and fatalities could be substantially reduced if road infrastructure and vehicle maintenance are given the due attention they deserve. A data-driven push to reduce road accidents would consequently work to reduce road crash causes from both ends - the road user and the road itself.

A robust road investigation system should continuously offer the public, the police and the policy maker hard evidence on which behaviours to change, which policies to alter and which road designs to reconsider. It is therefore a key component of any policy directed at reducing road accidents. Developed countries are light years ahead in road safety - not surprisingly, this has gone hand in hand with advanced road investigation procedures. The investigation itself is not left to the traffic police but to a dedicated team of road crash investigators whose sole job it is to arrive at the truth behind an accident. This video describes how such an investigation is carried out.

India cannot afford to delay acting on our mounting road traffic deaths. While it is encouraging to note that the RASSI has been piloted regionally, along with the full participation of the road traffic police in these areas, the project itself has been run at no extra cost to them. As we look forward to welcoming the Motor Vehicles Amendment Bill, we also hope that the government steps up and takes responsibility for such initiatives. India still needs to demonstrate greater resolve to fighting the menace of undisciplined drivers and deplorable road conditions. Are we there yet?