Speeding woes in Chennai need to be resolved, NOW!

The consequences and the dangers of speeding are far ranging and well known. From losing control of a vehicle to the  potential dangers of increased stopping distances and higher crash severity, speeding is a huge menace for the mixed road traffic scenario typical of India. As per the State Crime Records Bureau (SCRB) 2020, 98.57% of crashes in Tamil Nadu were the result of dangerous driver behaviour. The main reasons included speeding and aggressive driving. One of the significant counter measures that have been adopted is the Supreme Court Committee on Road Safety’s directive on temporary suspension of drivers’ licences. However, a temporary penal action does not suffice when it comes to instilling road discipline and triggering change in driver behaviour. Enforcement at different levels of governance (i.e. centre, state and district) need to be coupled with road design that is responsive to road condition and usage. Equally important is formulating relevant speed limits and educating citizens on acceptable speed limits.

The need for research on speeding concerns

Evidence-based studies are necessary to highlight the speed variations of different types of vehicles across different shared road categories and to identify the risks associated with it. As a first step to gauging speeding concerns, Citizen consumer and civic Action Group in association with the Greater Chennai Traffic Police (GCTP), conducted spot speed surveys in 15 identified arterial stretches in Chennai city in September, 2021. The study was taken up as a part of the advocacy for low speeds, which was central to the theme of World Day of Remembrance for Road Traffic Victims for the year.

15 arterial stretches witnessing high volumes of daily incoming traffic including road sections of Anna Salai, EVR Salai, Grand Northern Trunk (GNT) Road were selected across the city. They were chosen for their high connectivity to commercial and institutional areas. An inventory of the road geometry, its physical conditions, established speed limits and traffic patterns (four lane/two lane traffic, traffic regulated by medians, etc.) were recorded before each spot speed survey. The speed differences across four categories of vehicles (i.e. two-wheelers, cars, share-autos/autos and Light Commercial Vehicle – LCV) were studied during weekday traffic. The free speeds were then compared to the posted speed limits and conclusions were drawn by assessing the road’s physical characteristics, existing speed management provisions and other infrastructural facilities.

As the graph (Fig. 1) illustrates, the 85th percentile refers to the speed at or close to which 85% of the drivers under each vehicle category ride along a particular stretch. Various mid-blocks of the major arterial stretch of Anna Salai cutting across the neighbourhoods of Nandanam and Teynampet, witness consistent speeding by two-wheelers and cars with 85% of the two wheelers travelling around a speed of 53 kmph and 66 kmph respectively. Speeding of cars is predominant in the Teynampet area with 85% of them travelling around a speed of 75 kmph. Despite the existing land use being predominantly institutional, the free speed of vehicles is dramatically higher than the designated speed limit of 40 kmph for cars and two wheelers within city limits. The stretch also observes speeding by all users, irrespective of gender and physical disabilities, emphasising the need for universal education and sensitisation. The stretches of Meenambakkam and Madhavaram-GNT Road witness a similar average speed of 46 kmph by cars and two-wheelers. Similar levels of speeding by two vehicle categories in a mixed-use traffic context, renders the road sections vulnerable to higher crash risks. The mixed-use arterial roads of Anna Nagar, (i.e.GNT Road and Third Avenue) and the predominantly institutional Durgabai Deshmukh Road of Adyar witness similar speeding trends. 85% of the two-wheelers and cars were found travelling around a speed of 55 kmph. Other vehicle categories such as autos/share autos and LCVs also contribute to this speeding scenario. The study recorded that autos travel at a higher average speed of 43 kmph at all the 15 locations considered, when their speeds are limited to only 25 kmph within city limits. Similarly, the majority of LCVs were also found to be disregarding the speed limit of 40 kmph in several locations which see heavy daily commercial traffic. It was also observed that these speeding LCVs were also overloaded which is a serious concern in terms of road safety and increased severity in case of a crash. This trend of speeding  puts the spotlight on the lack of adequate infrastructure such as signage and appropriate road markings that can support driver behaviour. 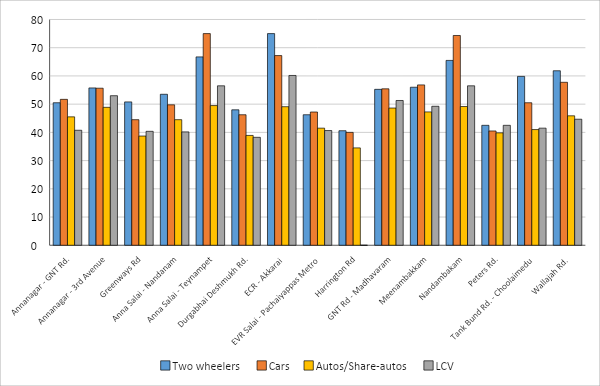 Fig. 1: Graph showing the difference in the 85th percentile speeds of different vehicle categories across the selected 15 locations

An interesting finding is that the arterial stretches of Peters’ Road and Harrington Road were found to have 85% of all two-wheelers and cars travelling within the 40 kmph limit. While Peters’ Road has adequate infrastructure giving due importance to motorists and pedestrians,  Harrington Road serves as an example for inducing behavioural changes in motorists through the redesigned road space with adequate pedestrian infrastructure. well-maintained footpaths, pedestrian crossings, appropriate road markings, school zone designation and other signage including speed limit warnings. Relatively lower speeds (even though still exceeding the prescribed maximum) were noted in EVR Salai in Chetpet. The reasons that contribute to this observation possibly include the redesigned road space and improved pedestrian infrastructure around Pachaiyappas Metro Station. These examples show that context sensitive road design can have a positive impact on driver behaviour thereby reducing the risk of road crashes.

The arterial stretches along the East Coast Road (ECR) in Akkarai are well facilitated by technological infrastructure for monitoring traffic and speed violations. The provision of intelligent speed management systems, Variable Message Sign board (VMS), Vehicle Actuated Speed Sign (VASS) and the auto-generated challans have supported increased adherence to the posted speed limit of 80 kmph. 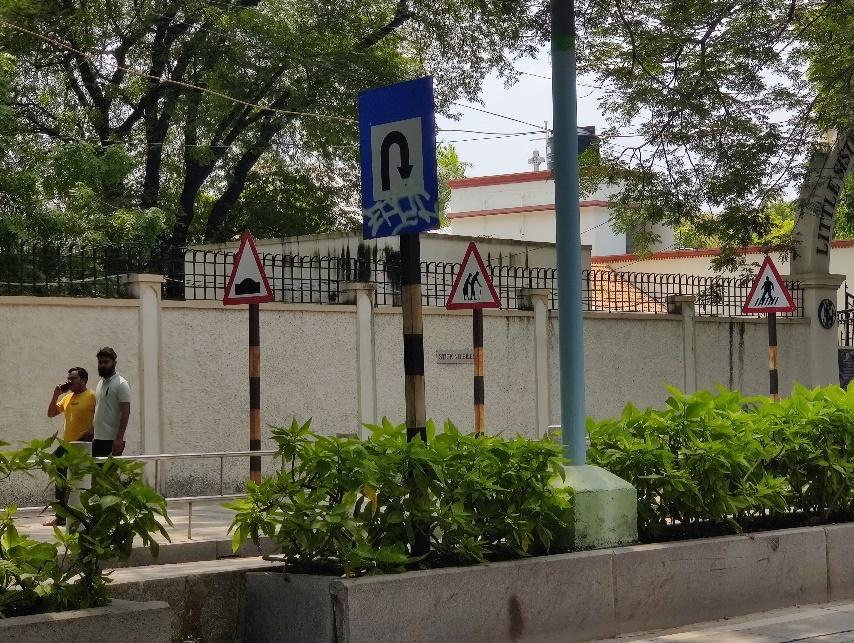 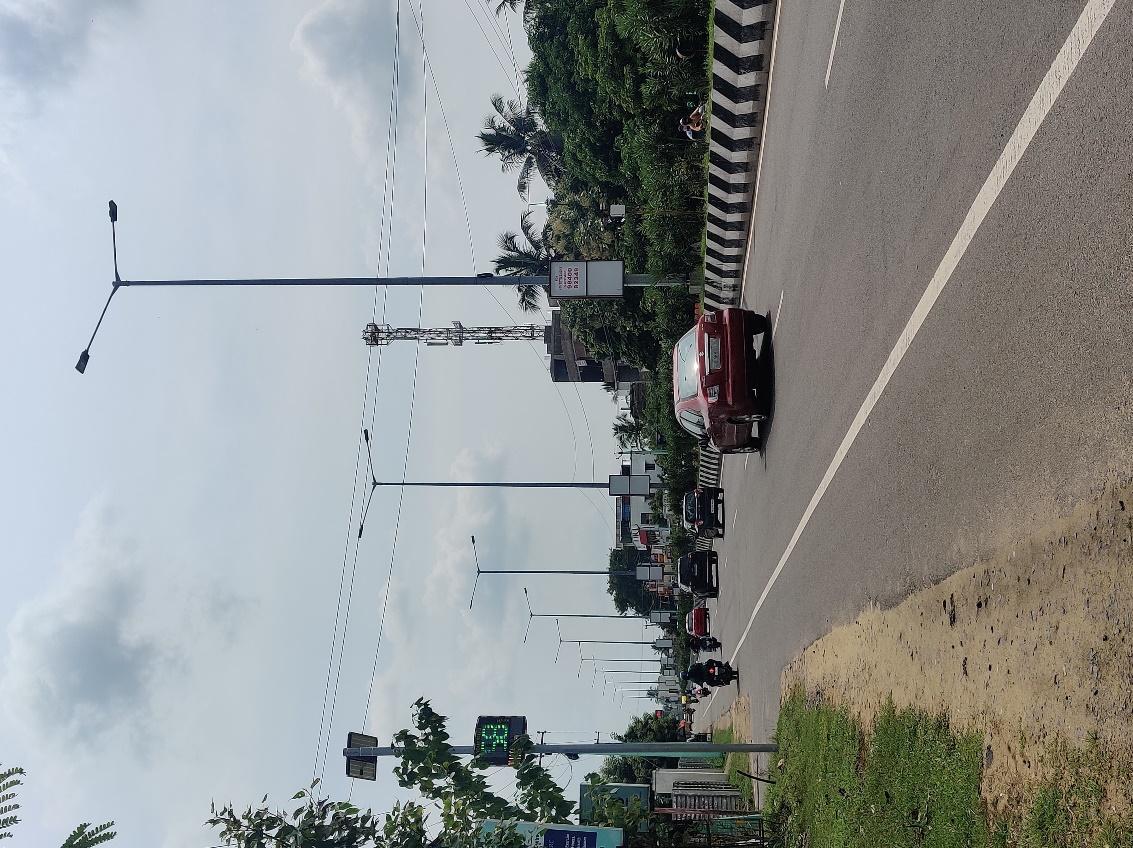 Speeding is a problem we all need to solve

The notification from the State Transport Authority of Tamil Nadu specifying speed limits for different vehicle categories within the city limits of Chennai dates back to 2003 and calls for an immediate revision. This can be a head start for advocating for low speeds. The prevailing myth that driving 5 - 10 kmph over the speed limit is not dangerous has to be busted. Data facts according to WHO’s manual on speed management shows that the rate of survival when hit by a vehicle travelling at a free speed ranging between 40-50 kmph is 6 in 10 thereby reinforcing the dangers of speeding. Education on approximate survival rate when hit by vehicles at different speeds is necessary and should be instilled among road users. Increased penalties as per the law, if implemented, could  make drivers think long and hard about receiving a speeding ticket. It's high time the state government takes steps to ensure immediate implementation of Section 183, Motor Vehicles Amendment Act (MVAA), 2019 wherein penalties for speeding have been increased twofold for different categories of vehicles.

With food and grocery delivery agents such as Zomato, Zepto, and BlinkIt jumping on the bandwagon of 10-minute deliveries, policies and legislation on speeding should be devised taking into consideration market forces and their effects on road safety.  It is vital to have an elaborate set of parameters while designing roads and devising policies such that the shared road space and all vulnerable road users (pedestrians,cyclists,children etc.) are given due importance. A ‘safe systems’ approach should be adopted to engineer and design roads that minimise the risk of serious injuries and fatalities due to crashes. Thus, lowering the expectations of the driver’s travel speed through design, supports enforcement by making road users more receptive and not operate on speeds greater than the set speed limits. Let’s rethink speed management and not compromise on the safety of road users.