The line between Indian housing policy and slum policy is very blurry. This affects the implementation of both policies. This piece examines the slum policy in Chennai and the need for a renewed approach.

Chennai’s Second Master Plan envisions “a prime metropolis which will become more livable, economically vibrant, environmentally sustainable, and with better assets for future generations”. However, an examination of this vision from the perspective of the urban poor reveals that the plan does not address social and economic inequalities.

The Pradhan Mantri Awas Yojana (PMAY) ‘Housing for all’ programme was launched by the current Prime Minister of India in June 2015. As the name suggests, the programme envisages to provide affordable housing for the poor in urban areas. It falls under the Ministry of Housing and Urban Poverty Alleviation and is chaired by Mr. Venkiah Naidu. PMAY proposes to build 2 crore houses for the urban poor and economically weaker sections (EWS) of the society.

Poor urban planning and management of cities and towns, large influx of people from rural areas to urban areas in search of jobs and opportunities, and the lack of affordable housing are the main factors which can be seen to lead to the growth and presence of settlements often referred to as slums. Slums are overcrowded settlements, often marked by a lack of basic amenities and tenure security. From time to time, the state re-settles slum dwellers, either in slums re-developed in situ or in tenements that are often in the peripheries of the city. 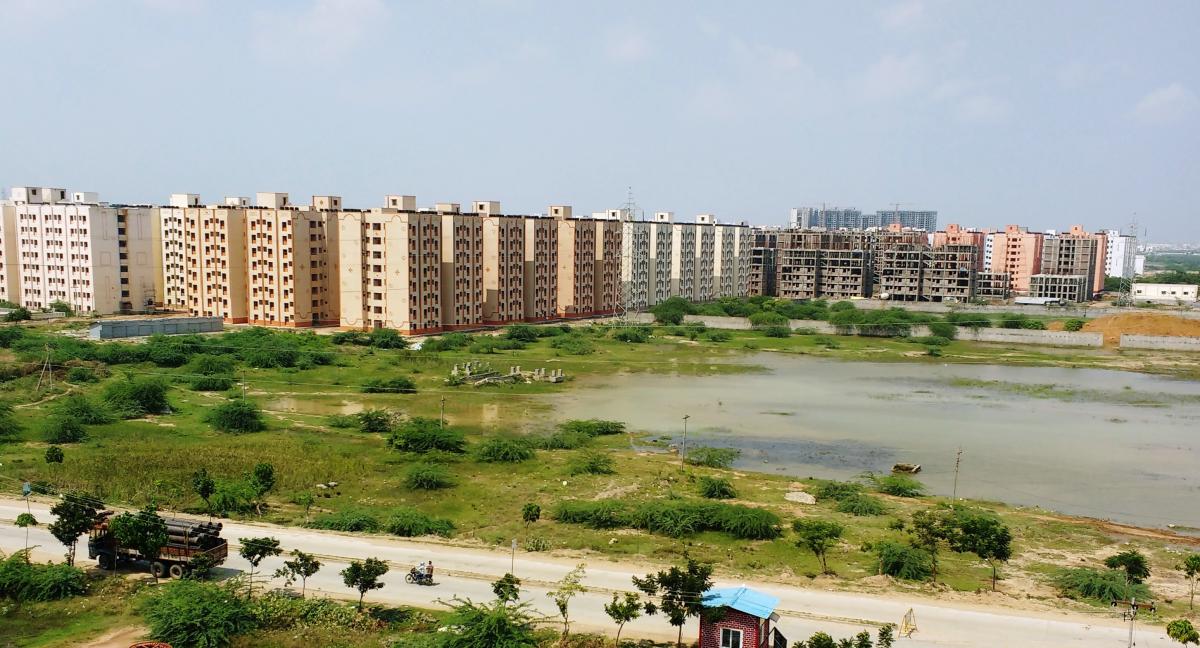 CAG finds TNSCB in violation of the TN Slums Act

A post-eviction scene at a slum in Ennore, Chennai. Undeclared slums like this are frequently subjected to forced evictions in contravention of human rights and national and international laws. Photo Courtesy: Jacintha Chitra, Researcher, Citizen consumer and civic Action Group

The C&AG's state audit report for all departments coming under the General and Social Services category, including the Housing and Urban Development department, was tabled in the Tamil Nadu Legislative assembly on 29th September 2015. The report brings to light many serious shortcomings in the functioning of the Tamil Nadu Slum Clearance Board.