Poor urban planning and management of cities and towns, large influx of people from rural areas to urban areas in search of jobs and opportunities, and the lack of affordable housing are the main factors which can be seen to lead to the growth and presence of settlements often referred to as slums. Slums are overcrowded settlements, often marked by a lack of basic amenities and tenure security. From time to time, the state re-settles slum dwellers, either in slums re-developed in situ or in tenements that are often in the peripheries of the city. As defined by the Census of India, “slums  are residential areas where dwellings are unfit for human habitation by reasons of dilapidation, overcrowding, faulty arrangements and design of such buildings, narrowness or faulty arrangement of street, lack of ventilation, light, or sanitation facilities or any combination of these factors which are detrimental to the safety and health”.[1] 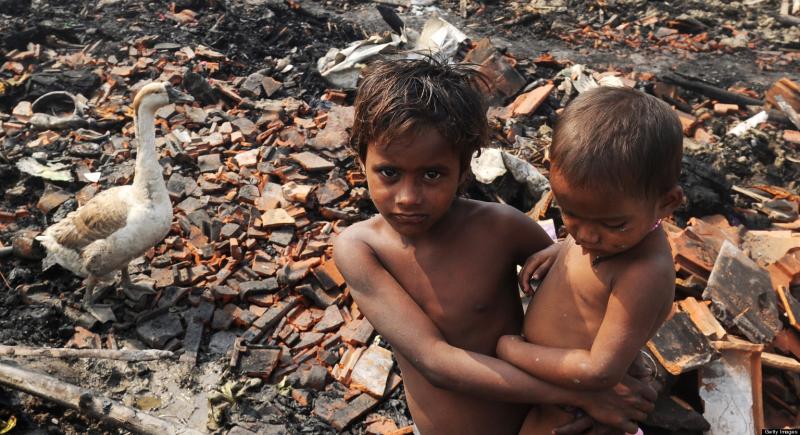 In the course of my research on the existing land laws in the state,  I came across a lot of interesting and startling data. For instance, the only legislation with regard to slums which the state has enacted  is the Tamil Nadu Slum Areas (Improvement and. Clearance) Act, 1971. The Act, though very progressive and promising during the time of its accession has not proved to be so in reality. Under the Act, the government is to recognise all the slums in the state and ensure their redevelopment and rehabilitation, and protect slum dwellers from eviction.[2] Once recognised, it is the government's responsibility to ensure that slum dwellers are provided with ‘patta’ (land tenure) and get access to various benefits and schemes the government. A total of 1202 slums were recognised in 1971 during the passing of the Act and a further 17 slums were added in the next 14 years. Thirty years on, the state has not seen any change in the number of recognised slums, which is baffling since according to the Census 2011, 29 percent of the population of Chennai live in slums and  pavements -  an increase of 11 percent since 2001.

Since the redevelopment and rehabilitation of slums is done by the government, it has a perverse incentive to keep recognition of new slums low and infrequent.  The recognition of slums is important as the Tamil Nadu Slum Clearance Board (TNSCB) can only make developments on the recognised slums.[3] Unrecognised slums do not have access to any kind of aid or support from the government and are like an invisible population-totally discarded by the state. Slum dwellers in unrecognised slums and informal settlements live in perpetual fear of being evicted from their homes and in high states of deprivation of basic services, such as water and sanitation. There are no checks and balances or any sense of transparency. The government is not accountable regarding the recognition of new slums and has total autonomy when it comes to recognising and developing new slums. However, it is not the case that the recognised slums have been protected either. Nearly 10 percent of the recognised slums have also been evicted from their location in the name of development and cleanliness drives. The poor, however, amidst all this are left in the dark on how to represent themselves and fight for their rights. 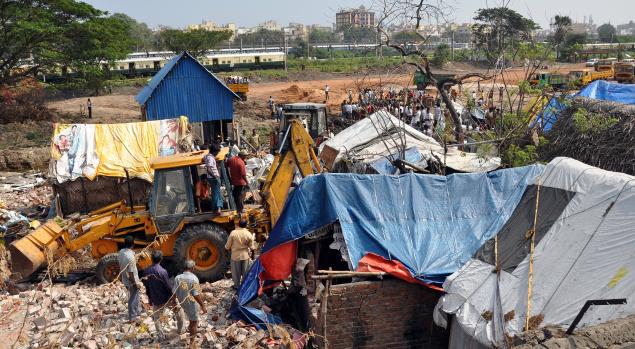 Rights can be understood as legal, social, or ethical principles of freedom or entitlement. How is a ‘right to shelter’ different from say, the freedom of expression, or the freedom to travel freely. The fundamental legal difference between the two is that the former is a claim right and the latter a liberty right.  ’Liberty rights’ do not entail obligations on other parties, but rather only freedom or permission for the right-holder. ‘Claim rights’, on the other hand, are rights which necessitate duties and responsibilities on other parties regarding the right-holder, and are enshrined in the highest law of the land.  In India, for example, Article 19(1)(e) and Article 21 of the Constitution, which guarantee citizens the “right to reside and settle anywhere” and also the “right to protection of one’s life”, entails duty and responsibility on the state. Thus, it is legal responsibility of the government to ensure that every citizen of the country enjoys these rights without any discrimination.

Despite these Constitutional rights, the urban poor are unable to hold governments to account for the state of housing and basic services. What India needs is a better approach to the safeguarding rights of the people and making citizens aware of their rights and duties and better provisions to demand these rights. In my next blog post I will present a more specific aspect on the legality of resettlement of slum dwellers.  I will discuss in detail some of the international laws and treaties of which India is part of or has ratified to protect slum dwellers, and discuss their legal application in the country.