Day 2 of the Break Free From Plastics meeting in Bali picked up pace quite rapidly. Where Day 1 aimed to set the expectations of the meeting and looking back at the recent past, today we looked at the various actions and strategies that are underway or planned for the coming 18 months. The conversation was anchored in four key questions, one each for the key themes that emerged from the previous day. We formed several break-away groups and had the opportunity to discuss each question.

What can we do to amplify success stories?

First was the theme of zero waste cities and a quick overview of the zero waste strategies being implemented in ten cities in India, Indonesia and the Philippines (Figure 1). In each of these cities, organisations are demonstrating the process and success of decentralised waste management, with source separation and composting organic waste, reuse and recycle residual waste, and reduce the absolute quantities of waste created. All the executing organisations are engaging with communities and governments. In the Phillipines, the organisations are also working with local public schools. My group discussed the need to first establish credibility of the data that forms the basis for “success” of these stories and determine target audience of these stories. Some of the other groups suggested that it was important that these organisations have enough financial and technical support to organise communities, standaridise definitions and methodologies, and demonstrate that these models make good economic and social sense so that decision makers can have strong evidence for waste management strategies. 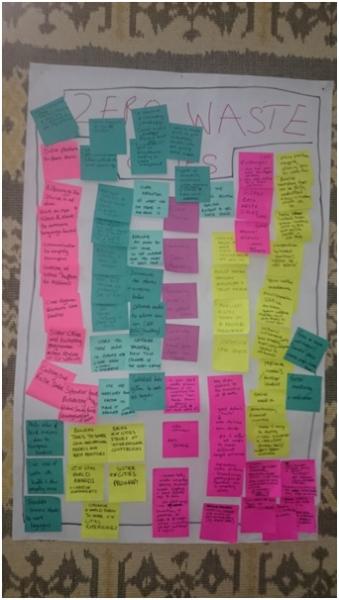 Do you think we should identify a common corporate target? If so, who, and how would you contribute to the campaign?

Among other things, my group discussed what the motivations for a corporate strategy or campaign could be (Figure 2). Would we like to see some quick wins in order to highlight a problem or polluter, or should we work towards systemic change? Moreover, can this be done with one big, global target or should we work with a strategic framework that can be applied locally in an appropriate manner? In addition, it was obvious that the strategy would need to consider that unless the target corporate was a monopoly, it would be hard for the campaign to change its business practice. It could also be that the campaign targeted the ban of certain materials by a monopoly political power, and so all corporates using those materials would be compelled to change. 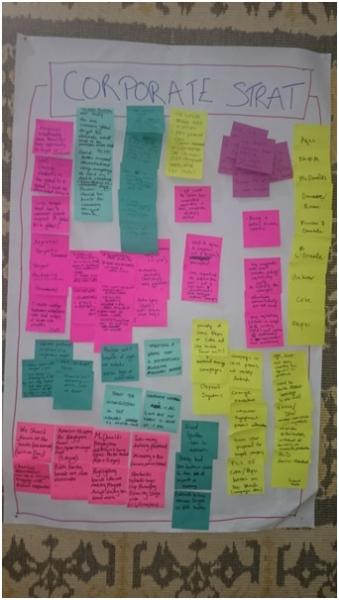 What is the story of plastics that speaks to you and can be spoken to a global audience?

Each of us had a story about plastics (Figure 3). One lady who had grown up near a large lake remembered how over time she was able to see less and less of her feet in water because it was filled with floating plastic. One man wondered why there was so much plastic in Cambodia when the country did not produce plastics at all. Another mentioned the role of informal waste pickers in recycling plastic waste. Another spoke about how he had worked a plastics collection centre in a city in the USA for years and he would send it recyclers. But over time, he observed that the quantity of plastics was far more than he could handle and the quality was too poor for the recyclers to accept. Someone spoke about how people were losing their land to oil and gas fracking or installation of pipelines that conducted ethylene for plastics production. Each of these stories was unique but also transcended sovereign boundaries, especially when considered together. 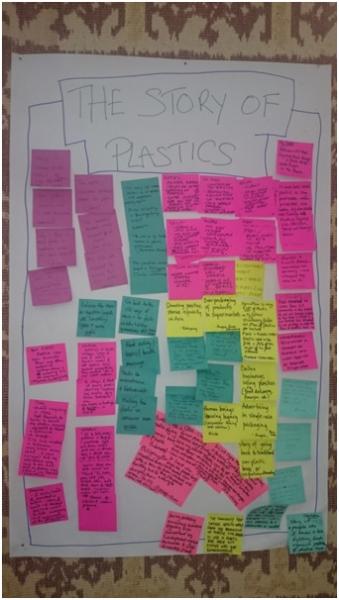 What could we do in our organising to maximise positive impacts and minimise threats in our goal for a circular economy?

This question was interesting because it seemed to divide people on how the concept of circular economy was applied (Figure 4). In the EU, there is a policy push towards better recycling but this requires incinerators to manage plastics, which the EU does not currently have. The other push is to move towards bioplastics and reduce waste. In the meantime, however, there are reports of how waste from the EU is being shipped to countries like the Philippines. In such a situation, many of us agreed that it would be important to improve transparency and traceability in the waste trade. The concept of Extended Producer Responsibility (EPR) was also discussed with opinions ranging from it giving the right to pay to pollute to labelling it producer liability to working with corporates for product and delivery systems redesign. 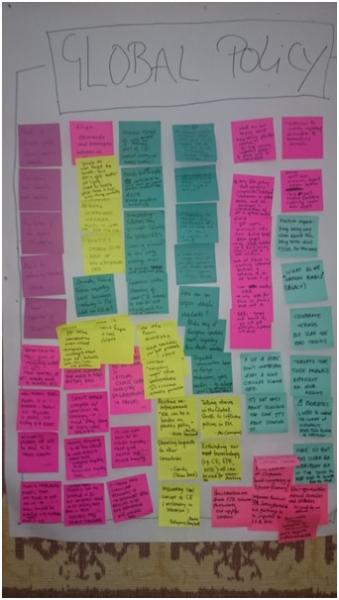 In the second half of the day, we formed groups based on the regions: South Asia (India, Bangladesh, Sri Lanka), South East Asia (Malaysia, Philippines, Indonesia), Far East (China, Japan, Korea), USA and EU. Each group then charted the ongoing and upcoming actions that each of us was undertaking on the local, national, regional and international levels. Interestingly, each region highlighted the large number of zero waste city interventions in each of their regions. EU’s policy on the circular economy was seen as progressive, but was limited in its scope to products sold within the EU. Many of us wanted to discuss more about brand audits and campaigns against these brands, with proposals for standardised methodology and coordinated audits across the world. Since there were only one group each from the Mediterranean, Africa and Latin America regions, they made presentations on the work in the region. The Mediterranean region faces the challenge of being a closed sea and is host to 10% of the world’s coastal population. It is where the Global North and Global South meet and interact. There were two topics that were common across the regions and look like something for international coordination and communication. One was the need to research waste trade across countries and regions. The other was to link the story of plastics to that of extractives and climate change.

Post-dinner we had an open session with Denise Hardesty, a scientist from CSIRO, Australia, who is developing methodologies for civil society groups to collect data about waste at low cost, rapidly, and at large scale. The key tenet is that if you can measure a problem, you can understand, engage and redesign better. One of the important lessons I learnt was that while a lot of clean-up exercises happen at waste hotspots, it was important for a study to look at all places (watersheds, lakes, transport hubs, highways and roads, parking lots, residential and commercial neighbourhoods, etc) in order to be able to characterise the source, movement, accumulation and impact of the waste. However, the key is to do a representative sample – not an exhaustive one – and have the ability to undertake modelling to make predictions for where data was not collected.

A good framework to look at marine debris should have four elements: 1) sources and drivers, 2) dynamics and distribution, 3) impacts on wildlife, humans and economies, and 4) management or responses. For a well-informed policy, we would need to establish a good baseline, sources and drivers, risks, and existing policies. We would need community engagement and awareness to complement the policy.