A community's perspective on public sanitation

Chennai has zero community toilets.[1] Shocking, is it not? The Corporation of Chennai has somewhere between 800 and 1000 public toilets, some of which are located near low income settlements. None of these have been designed to be community toilets though. A community toilet has several essential design features, about which I wrote in a previous blog. I decided to visit and map the public toilets near two communities in Besant Nagar - Urur Kuppam and Odaima Nagar, and get a glimpse into the experience of the communities that use them.

Among other things, I learnt that community toilets should ideally be situated in densely populated areas, usually areas in proximity to communities that do not have access to their own sanitation facilities and are dependent on public sanitation facilities or otherwise resort to open defecation. The basic premise of community toilets is to allow the active participation of the communities, community based organisations and other stakeholders in the formulation, design and management of the toilets. However, the onus of their maintenance and operation should not fall on a particular individual or community. Those building the toilet should ensure that all these stakeholders are aware of the processes as well as are able to be active participants in them. However, many existing toilets in the city have been designed without asking the people about their sanitation needs, invariably resulting in toilets that are not user-friendly.[2] 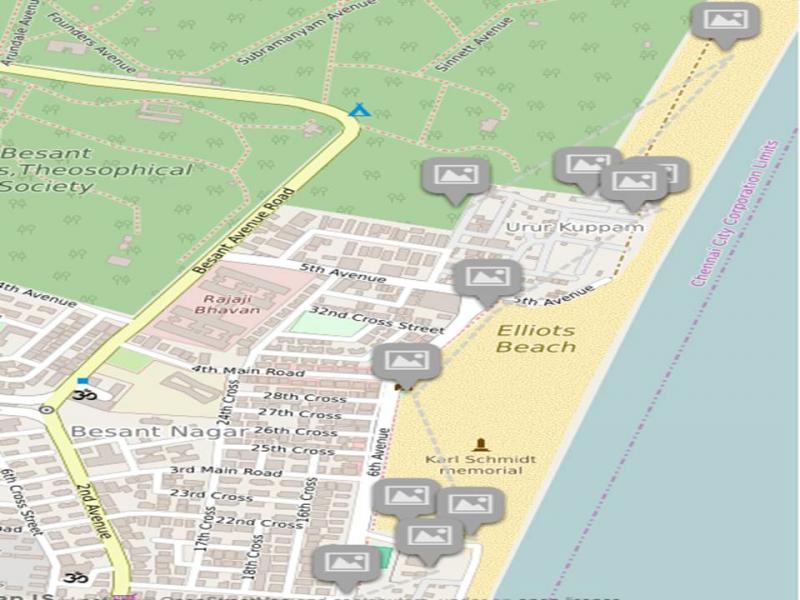 When I asked a few residents in the Odaima Nagar, a fishing village at the south end of Elliot's Beach, about their experiences with existing public sanitation facilities, they first mentioned that there was a very high demand for toilets in the area. Most of the residents did not have their own but the toilets present in proximity to the settlement are not capable of meeting this demand. They are in poor condition and not well managed. The septic tank was not routinely cleaned, which led to a foul smell in the area, and overflow of sewage was causing mosquito and fly productivity.  The caretaker of the toilet Raja, explained that this was the primary cause of unrestrained cases of diarrhoea and a host of other diseases affecting the children of the area. 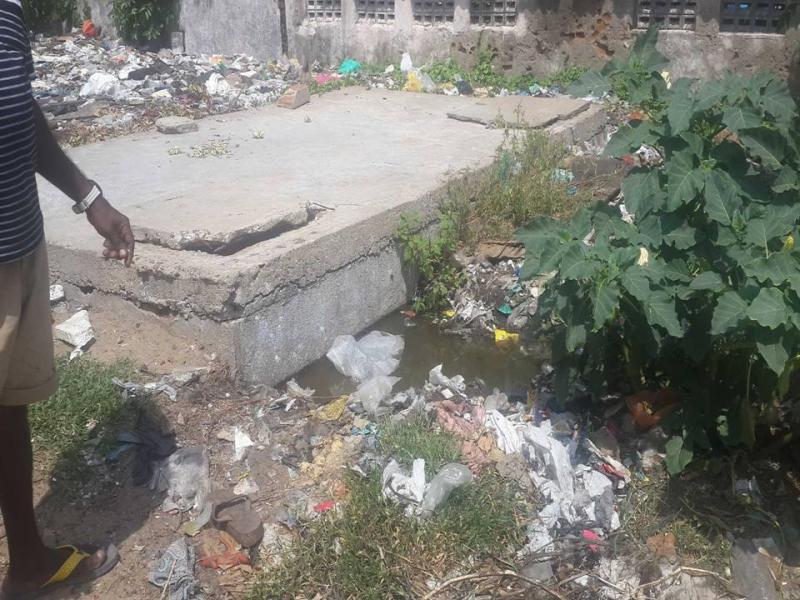 I also visited Urur and Olcott Kuppam, another fishing village at the north end of Elliot's Beach. According to local activist Saravanan Kasi, one of the most important factors to consider is when building toilet facilities is the location. A toilet could be considered adequate only if they are located in an area that is easily accessible to the community but also ensures the privacy and security of the users. Saravanan drew my attention to the toilet located near the village temple. This deters women from using it, who instead resort to open defecation a little north of the village in an area covered by small bushes. Upon visiting this particular toilet I could easily spot several functional problems: the septic tank was not cleared, there was an abundance of flies and mosquitoes and the toilet did not have a working electricity connection. 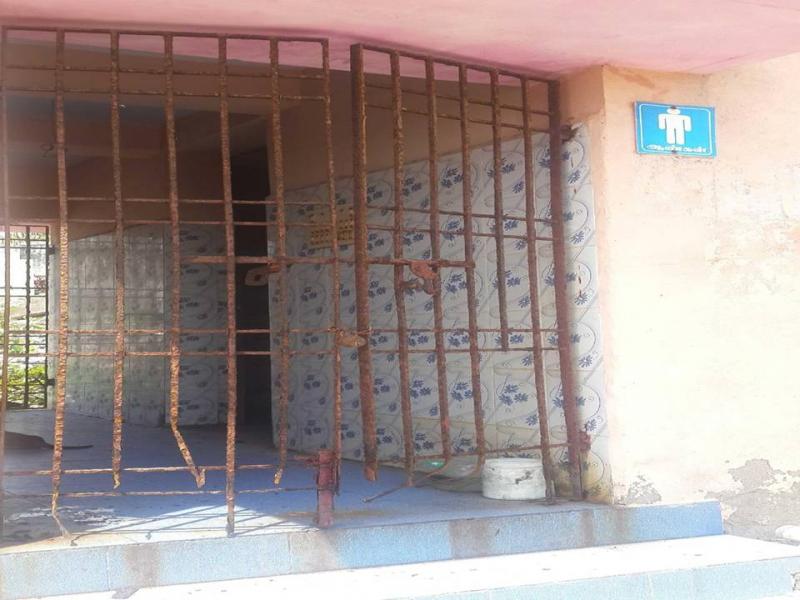 Image 3: Dilapidated condition of the toilet in Urur Kuppam

There are three more toilets within the two and a half kilometre radius which covers Odaima Nagar and Urur Kuppam. One of these is in adjoining Tiruvalluvar Nagar and not easily accessible to the residents as it is situated far from both settlements. The other two are located on Elliot's Beach Promenade and are used mostly by tourists who visit the beach. Lakshmi, the caretaker of these toilets, said that the user fee deters the residents from the using the toilets. 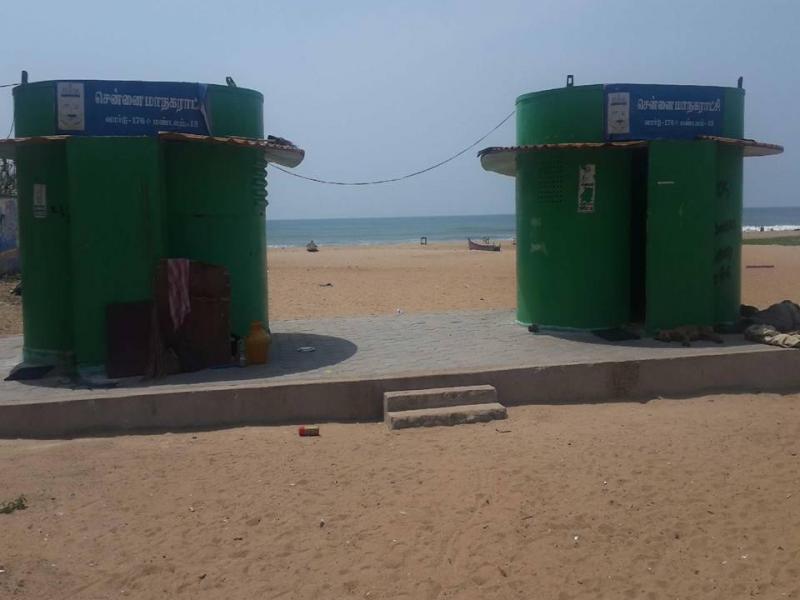 Image 4: Toilet on Elliot’s Beach promenade with a user-fee

Low income communities often do not have access to good quality public services, such as water, sewerage, sanitation, waste disposal and electricity. So they are very concerned about the state of public toilets.[3] There are problems with errant caretakers and the capture of the operations of the toilets by people in the community with significant clout. The community members I met say they are not averse to remedying these problems themselves, and often it is people from the community who serve as caretakers for the toilets. Ironically, this has created a ‘caretaker’s conundrum’ where most of the caretakers complain of the miserable condition of their job, the lack of pay, the uncertainty of their tenure and being at the mercy of local strongmen.

There is obviously a critical gap between the need and available of existing municipal infrastructure, though there is a need for strong data for planning and monitoring of critical municipal infrastructure.[4] What we need are sound interventions and for the project to be successfully implemented. But the city government is hampered by poor coordination between departments. Existing public toilets are rarely located near low income communities or where there are large numbers of transient users. They are often without water, lights and doors, and rarely disabled-friendly.

If the process of planning for toilets included involving communities actively in the planning and implementation it could enhance chance of achieving a positive impact of the facilities for the primary stakeholders - the community. They must be directly involved in key decisions that are taken related to the toilets, and even considered to manage them. It is now time that we recognise that social problems need social engineering solutions, and the power of communities to make decisions regarding key municipal infrastructure meant to respond to their needs. Chennai needs community toilets - let's insert the community in that process.