There is much to learn from the working of previously constructed community managed toilets. When it comes to public sanitation, it is the provision of facilities for the poorest that is often neglected. According to a 2011 census, only 46.9% of India’s homes have a toilet.[1] Open defecation is prominent among those who do not have access to private sanitation facilities and posses many health and safety risks. These could be the urban poor who live in slums and informal settlements and also commuters. These have been addressed in the past through various in-situ methods which involve both community managed facilities, as well as community-led total sanitation (CLTS) methods. However, there is a tendency to think of slums as transient entities and likely to improve with further economic development, which is why long term solutions for the residents have been severely neglected. Adequate attention has not been paid to the immediate needs of these communities, and solutions come in the form of resettlement drives.[2]

There is a strong case to be made for improved sanitation for all, particularly in highly dense areas with poor waste management, water and clean environments. If a household benefits from better sanitation, it is not only the private benefit of that one household, but other families benefit from being released from a cycle of disease transmission. Emphasis must be laid on both the private and the social costs.

The problems in low income settlements seem to be largely intractable but when looked at as behavioural and infrastructural problems, there are several examples to successful solutions to draw from. One instance is that of in Sangam Talkies Railway Settlement in Kanpur where the derelict condition of the toilets was remedied by collecting a monthly charge for its usage, which proved to be sufficient for the maintenance of the toilet (Image 1). The initial costs were borne by the government, and the operational costs by the community. A fee of ten rupees per month per family was adequate to employ someone to clean the stalls (for 165 houses). However not all communities may be willing to pay in order to use these facilities,especially if there is no guarantee of them being well maintained. 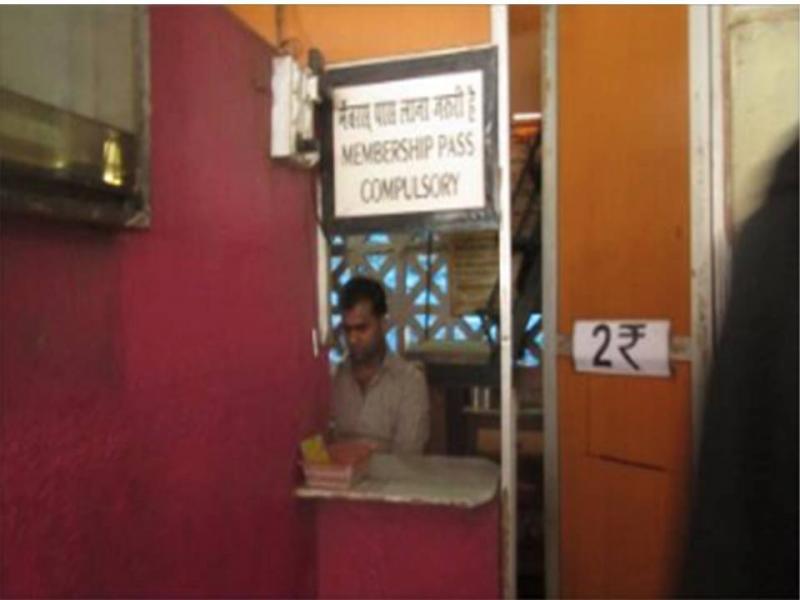 Image 1: A community toilet in Mumbai with a membership pass

Another problem is that of harassment of women and children while using the toilets, which was solved by creating separate stalls for men and women. This design was pioneered in the Chambda Bazaar settlement in Mumbai. Children preferred to defecate in the open because they were not adequately comfortable to use the dimly lit toilets alone and feared falling into the pit. They generally required an adult to accompany them. This led to an innovate design in the Byanapalli settlement in Bangalore, where there were specially designed toilets for children which did not have separate stalls, and had handles in order for the children to safely use them (Image 2). The design was further improved to include separate toilets for boys and girls. 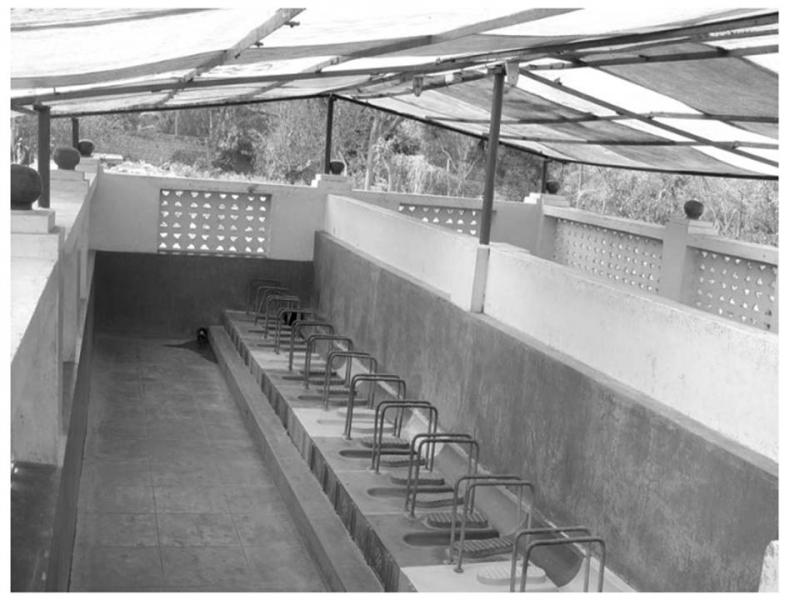 The strategic location of the toilet also affects its usage and maintenance. Community toilets should be located in areas of high housing density. The area must be well-lit and easily accessible. The SPARC (The Society for the Promotion of Area Resource Centres) recommends that the toilets be located next to areas where the public would congregate, thereby incentivising the community to keep them clean.[3]

The design of the toilet is also an important factor in determining its usage. A problem that was prevalent in many cases was the forming of queues for the toilets, especially in the morning when the demand for their usage is high. Incidents of jostling and breaking of queues is a common complaint. This was remedied by designing toilets with narrow corridors so that the queues could be maintained outside the stalls. The location and design are often hindered by the paucity of land.

The Sulabh International Social Service Organisation has come up with experimental designs for community toilets which include the use of human excreta for biogas production.[4] This is a sustainable alternative to existing models and provides numerous advantageous from solving the problem of waste disposal to providing energy and use as bio-fertilizers. The organisation has also developed technologies to render the waste safe for reuse in cleaning or discharging into water bodies. The waste is rendered pathogen-free and the Biological Oxygen Demand (BOD) of the waste is reduced from 200 mg/l to less than 10 mg/l. The Sulabh model has been positively received by communities from New Delhi to Mozambique. However, the idea of using human excreta-based biogas as fuel is not always met with a positive response from the community.[5] 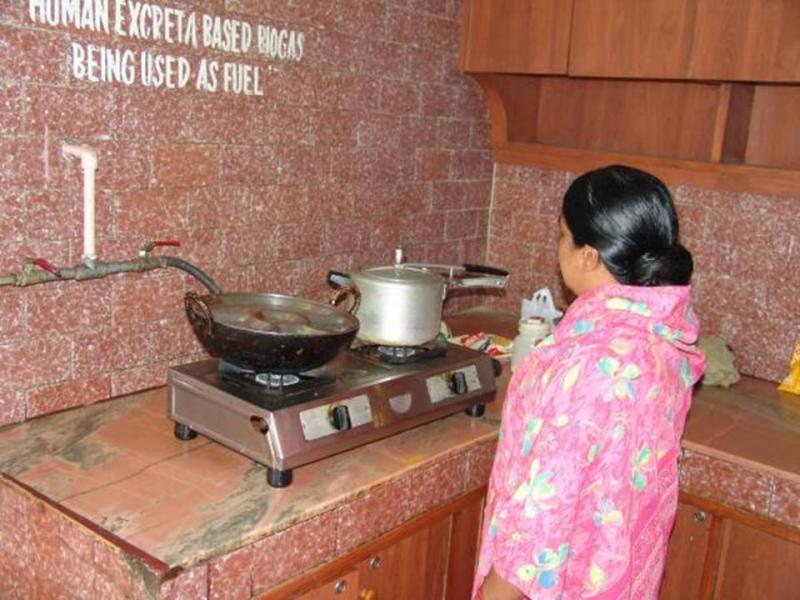 Image 3: Human excreta based biogas being used as fuel

There is also a lot to be said about the politics of sanitation. Local politicians are often disinclined to lend support such projects as they consider they will lose the crucial link in their relationship with poorer communities, and so their votes. The Pune model of SPARC has presented a viable solution for this problem. Local women’s groups and women community leaders have actively participated in the building of the toilets and even take maintenance contracts themselves.[6]

Much effort has also been made in inculcating important behavioural changes in the communities in order to achieve total sanitation conditions. For a problem that has been obstinate to change in the past, the CLTS method claims to lead to more lasting changes, inducing the community into comprehend their own sanitation needs. However there is a lack of sufficient data to prove the substantial success of this method.[7] However, from the above cases we can discern that community managed toilets are an effective solution for the public sanitation needs of the poorest communities, provided that they well designed, managed by the community themselves maintained, and respond clearly to the needs of the communities.

[3] Sheela Patel, (2014). Emergence of Community Toilets as a Public Good: The work of Mahila Milan, NSDF and SPARC in India in the area of Sanitation, SPARC

[6] Burra, Sundar and Patel, Sheela (2002). Community toilets in Pune and other cities, International Institute for Environment and Development