Eco anxiety: the impact of climate change on mental health

Research on the correlation between climate change and mental health is a new but rapidly growing field. The term mental health in particular does not refer to mental illness, mental problems and mental disorders alone but also includes states of mental wellness, emotional resilience and psychological well-being. Therefore when people lose their homes, businesses and possessions, witness a loss of life or are forced to be uprooted from their place of familiarity and displaced to new territories as a result of a climatic disaster, the resulting impact on their psyche is likely to be traumatic. The American Psychiatric Association (APA) recognises climate change as a growing threat to mental health. Environmental shocks and their aftermath do take a toll on the affected person's mental health and well-being.

The why’s of eco-anxiety:

Until a few years ago, climate change was viewed as something that might happen in the distant future. But recently it has moved from being an abstract idea to very much a frightening reality. It is happening now and in our very own backyards. With ecosystems worldwide being destroyed and the sixth mass extinction underway, and with rampant intense floods, cyclones, rising sea levels, heat waves, droughts, etc, people are bound to feel extremely anxious. These factors tend to affect the mental health of some more than others. This “chronic fear of environmental doom” otherwise known as eco-anxiety can be due to many reasons like the current and future projected climatic impacts, the uncertainty over the location and timing of such extreme events, the extensive consumption of media coverage related to climatic disasters as well as the lack of or inadequate climate action by the government.

The American Psychological Association (APA) defines eco-anxiety as “the chronic fear of environmental cataclysm that comes from observing the seemingly irrevocable impact of climate change and the associated concern for one's future and that of the next generations”. Eco anxiety otherwise known as climate anxiety can be due to direct or indirect effects of climate change. Direct effects could include the aftermath of an extreme weather event like flooding or drought where the person feels trauma or shock. There is a chance that the person can get back to normalcy once their safety and security are restored. But in some cases the survivors of a traumatic weather-related disaster experience chronic or severe mental health disorders related to stress, such as post-traumatic stress disorder (PTSD), anxiety, depression, sleep disorders, or even suicidal behaviour. In some cases, extreme heat can cause mood and behaviour discord or even substance abuse. On the other hand, indirect effects of climate change like hunger and malnutrition can actually affect mental well-being by causing stress and depression. All these symptoms overwhelm the affected, leaving them with a sense of helplessness and despair. 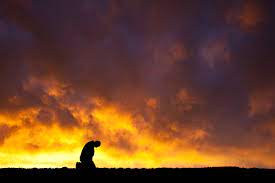 The who’s of eco-anxiety:

There is no doubt that climate change is one of the greatest threats to human health. Unfortunately, those who have contributed the least to climate change are the worst affected. The poor and vulnerable are at the most risk as they are least likely to have the resources to safeguard themselves from extreme climatic events and hence are exposed to climate change-related health risks. While much attention is given to the physical impact of climate change on health, the psychopathological impacts tend to be ignored as they are not always clearly visible.

A Lancet study spanning 10 nations and over 10,000 participants between 16 and 25 years, found that 59% of those surveyed were very or extremely worried about climate change. More than 50% reported emotions such as sadness, anxiety, anger, powerlessness, helplessness, and guilt. Furthermore, nearly 45% of the participants reported that their worries about climate change have a detrimental effect on their daily life functioning. They felt abandoned by their government due to the lack of adequate climate action. Many felt betrayed, ignored and abandoned by politicians and adults. Moreover, four out of ten young adults are afraid to have kids of their own because they are concerned about the kind of future these kids might have, tainted by the catastrophic effects of climate change. These young adults are still in the process of developing psychologically, socially and physically and hence are more prone to be eco-anxious.

In India, climate change has had dire, indirect effects on mental health as seen in the increase in the number of suicides among communities in India where agriculture makes up the vast majority of their income. A recent study has found that climate change was the main reason behind nearly 60000 suicide cases in India over the last 30 years. The multiple failed years of harvests especially due to irregular weather patterns have created a cycle of borrowing amongst the farmers. Their inability to sustain a livelihood along with growing debts resulted in many farmers taking their own lives.

As eco-anxiety mainly affects the poor and marginalised, the awareness as to what it exactly is and then seeking the help they need is almost next to none, says a Chennai-based psychiatrist, Dr T C Rameshkumar. He is a member of the Indian Psychiatric Society and has over 26 years of experience in this field. He says he has not come across a single case of eco-anxiety in his tenure. He added that as the main concern of most poor and lower middle-class Indians is having their basic necessities “roti, kapda aur makan” met, they have very little time to ponder about what eco-anxiety actually is. They neither have the resources nor the awareness to seek mental help in this regard is his opinion.

How to cope with eco-anxiety:

It has been established that eco-anxiety affects the poor and marginalised the most and to combat this issue, we need to make major policy overhauls to our industrial and political processes. These policies should be more inclusive where the welfare and mental well-being of the disproportionately affected people are taken into account. Apart from this, the government and health care systems should provide access to affordable psychiatric care and raise awareness campaigns on mental health impacts so that vulnerable communities can recognise and manage the symptoms and seek timely help when in distress.

Dealing with eco-anxiety can be overwhelming not only for the marginalised but for anyone who is forced to deal with it.  However, psychologists believe that this could be managed through several measures. Parents should talk to children about climate change and empower them with the knowledge they need to tackle this problem. Adults need to make climate change a dining room conversation and show the way forward by adapting more sustainable and greener practices. Apart from this, in an era where media coverage of climate change disasters worldwide has become omnipresent and inescapable, one needs to limit and disengage from excessive media exposure. Spending time around nature, getting involved with the community, and joining support groups that engage about the climate crisis are also said to help. Voicing out one's opinion and engaging in advocacy and civil action can help deal with eco-anxiety. Furthermore, researchers found that getting angry and using anger wisely for climate action can lead to more stable emotional well-being in dealing with this condition. If at all the symptoms of eco-anxiety gets severe, then the best option is to seek medical help. It helps to reach out to a therapist and talk about one's problems and concerns in order to cope with the anxiety better.

The climate crisis is an existential threat and for real change that trickles down to everyone,  action should be at a systemic level. A common united global strategy needs to be put in place to address the root cause of climate change so that everyone including the vulnerable is given a fair and just chance for a better future. The need to include climate change as a curriculum in schools from a very young age should also be advocated so that children are able to process and deal with all the climate-related disasters happening around them better. While addressing the adaptation and mitigation strategies at the national level and also while accounting for loss and damage post-disasters, governments need to factor in the mental difficulties that people face. Unless we empower ourselves with the understanding of how climate change weighs on our psyche, the world will end up in a potential mental health pandemic.

By staying positive and accepting the reality of the situation, acknowledging the difficult experiences and emotions, and being proactive about climate action, we can ease the symptoms of eco-anxiety. After all, hope is the antidote to despair.