My first visit to the Kodungaiyur dumpyard

Despite having lived in Chennai for over 20 years, I had never gone to the Kodungaiyur dump yard. During my masters programme, I had certain skill lab sessions which acquainted me with solid waste management, refusing plastic, home composting methods and techniques. Yet, it was only when I joined CAG that I had the opportunity to explore those practically through the informal waste dynamics project. The project was in resonance with CAG’s objective of creating knowledge and insight into the functioning and contributions of the informal waste sector to municipal solid waste management. The first half of the study focused on trailing informal waste pickers to learn about their working conditions and challenges they face. In the corresponding study on waste value chain, the focus was on identifying the actors, networks, processes and material flows that make up a section of the informal waste network. 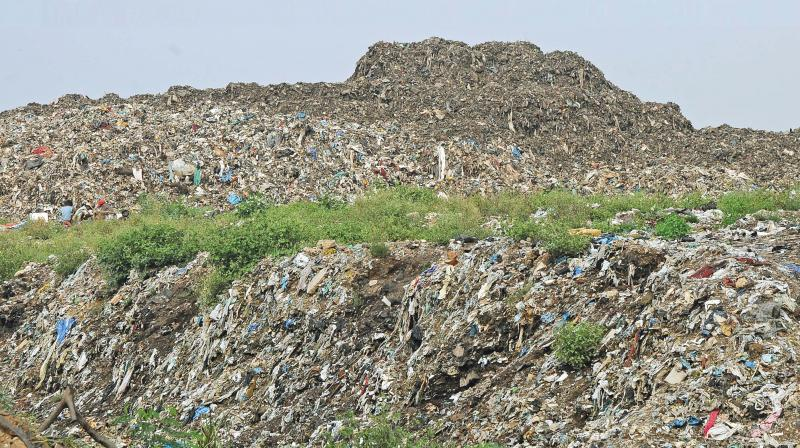 A mountain-like mixed waste heaped up in the Kodungaiyur dumpyard

The Solid Waste Management Rules, 2016 clearly define a dumpsite as “a land utilised by a local body for disposal of solid waste without following the principles of sanitary land filling”. This is exactly the scene I was confronted with on my first visit to Kodungaiyur. The Solid Waste Management department of Chennai Corporation has stated in their website that “source separation is promoted to reduce the waste coming to the landfill, thereby increasing the lifetime of the landfills. Where waste is separated as biodegradable waste (organic waste), it can be composted at home, recyclables can be sent to recycling units, and only the inerts can be sent to landfills.” Yet, I was confronted by mountains of organic waste, mixed with medical and electrical waste. The leachate from the organic waste gets mixed with plastic, sanitary and hazardous waste, and can be seen flowing into the adjoining Buckingham Canal. The Canal was also full of garbage from the dumpyard. It is quite likely that the groundwater in the area must be badly contaminated. 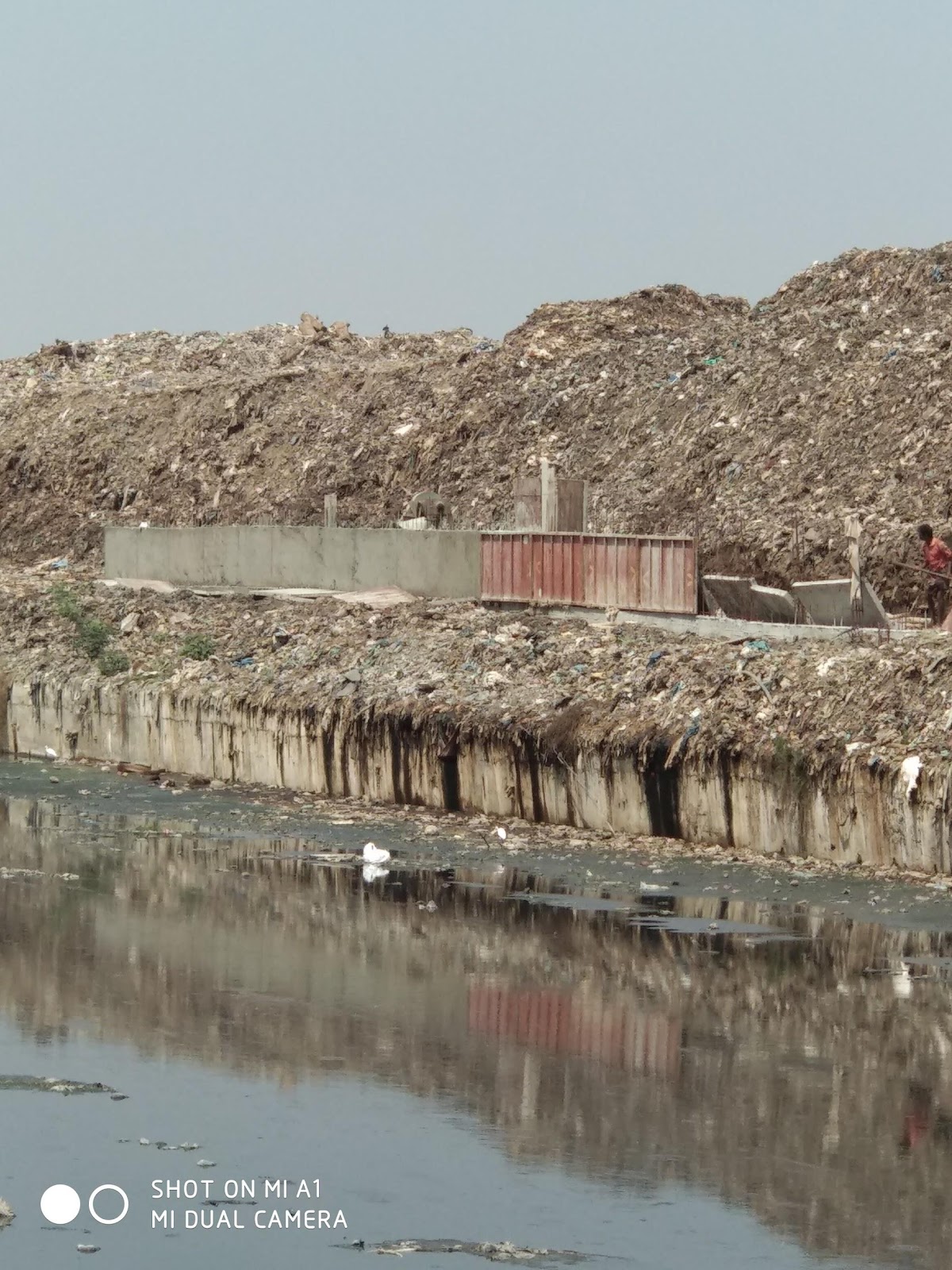 Kodungaiyur canal adjacent to the dumpsite

In June 2017, Chennai Corporation officials were quoted as saying, “clearing garbage and not having a backlog is still our priority. But reducing the amount of waste that goes to landfills is also important and so that is where the concept of zero waste comes into the picture. Changes can be expected in the conservancy schedule of the local body. Workers will be instructed to collect only wet waste on a daily basis. Dry waste will be collected only once a week.” 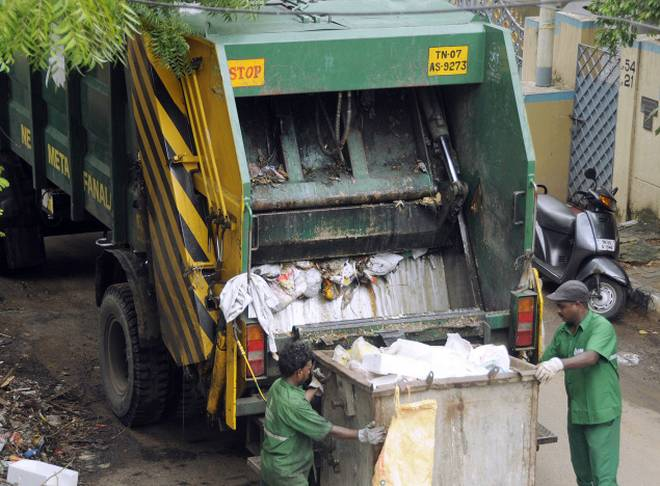 On May 12, 2018, Corporation officials were quoted saying “Chennai Corporation is planning to commission decentralised waste processing plants in all the 200 wards, processing at least 15 percent of municipal solid waste generated in the city.” Also, a government official said that “Chennai Corporation collects 5,000 tonnes of waste every day. At least 15 percent of the waste is likely to be processed at the micro-level waste processing plants. Identification of land for the plants is under way”. These plants have been inaugurated, but waste generators continue to mix waste and the plants remain unused.

In June 2018, Chennai Corporation framed the Solid Waste Management bye-laws which stated that the Corporation would collect fines ranging from ₹100 to ₹25,000 for littering. However, even after seven months we find that there have been no changes in the behaviour of city residents of the GCC. Mixed waste is still being collected and disposed in the dumpyards by the Corporation trucks and compactors on daily basis. Ironically, rather than implementing their plans, Chennai Corporation has now announced that it will set up two incineration plans within Kodungaiyur and Perungudi dump yards without knowing the other form of danger to the living community.