On July 1, on a rather warm afternoon, over 600 students from several Chennai city colleges assembled on the Marina Beach in Chennai. They had come to participate in public awareness programme on road safety organised by CAG. 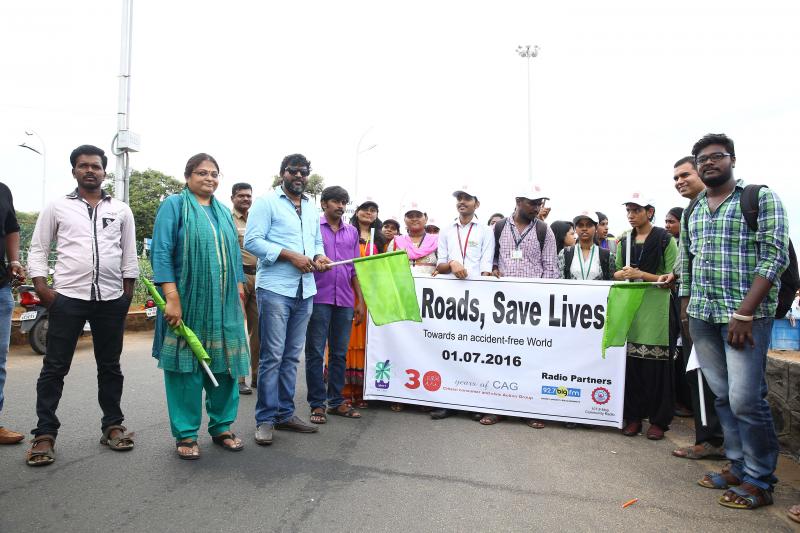 After assembling at Kannagi Statue, they walked about a kilometre down the Beach to the Ice House. The rally was flagged off by the mime artist, ‘Mime’ Gopi, who addressed the media on the need for citizens to follow road norms and not disregard road safety measures, such as helmets and seat belts. At the other end, at Ice House, the participants settled down to watch a show by a group of mime artists who highlighted the importance of wearing helmets and the need to avoid drinking and driving. The mime show, while getting the students (and passersby) to rethink their behaviour as road users, also got a few laughs from the audience. 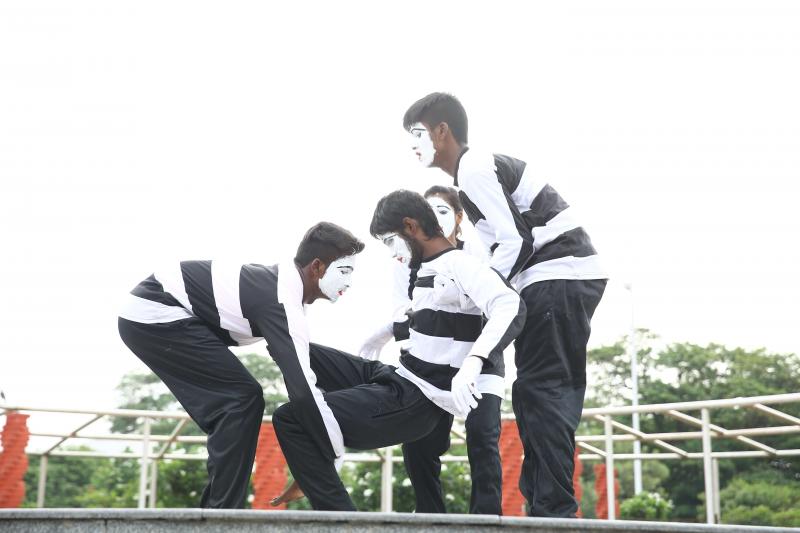 In addition, a member of the volunteer group, Thozhan, which works on road safety issues, spoke at length to the participants on the abysmal state of road safety in India, on the exceedingly high rate of fatalities from road crashes in the country and on how many of these were actually preventable if simple measures were taken by road users themselves.

Following this, the non-profit organisation, ALERT that trains people to be first respondents to road crashes, gave a succinct demonstration of what one should do on witnessing a road crash. ALERT demonstrated how to check if the victim is breathing, then shift them carefully into the correct position to carry out CPR. All of this was done with the aid of a dummy and then a volunteer as well. 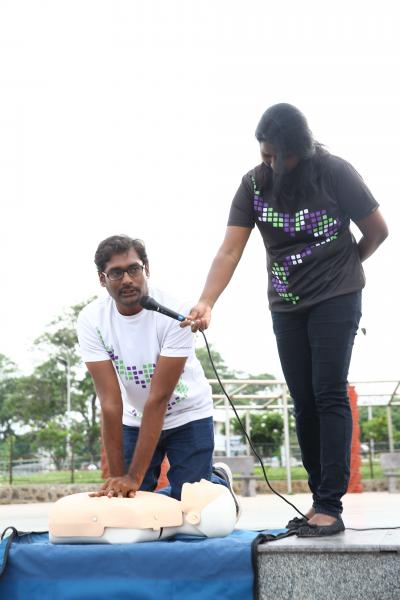 Finally the students took a pledge as road users and responsible citizens to follow road rules, to use appropriate safety gear, to not over-speed or indulge in drink driving, etc.