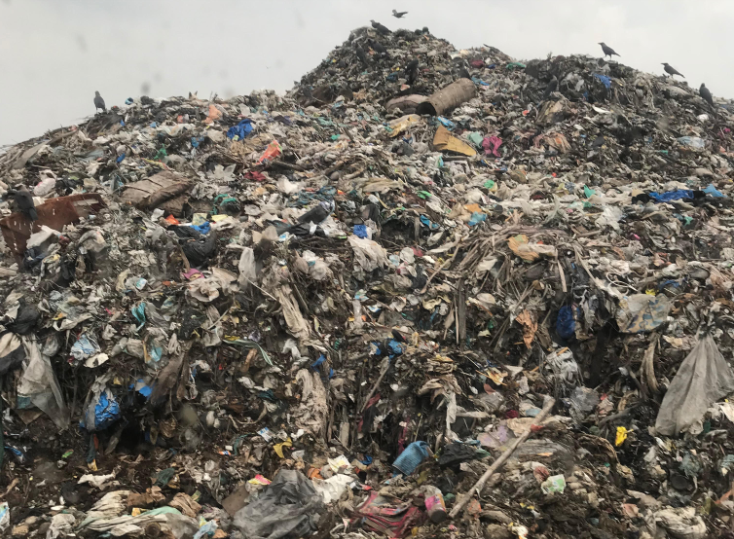 "The Solid Waste Management (SWM) Rules, 2016, postulate preparation of a State Policy and solid waste management strategy for the State or the Union Territory in consultation with stakeholders. The Solid Waste Management Rules came into force on 8 April 2016. We are two years down the line but we are shocked to know that more than two-thirds of the States / UTs in the country have not yet complied with the basic requirement of the Solid Waste Management Rules, 2016", said the Supreme Court in its order dated 10 July 2018 in a matter concerning the state of solid waste management in the country. Narrowly escaping this embarrassment, the Greater Chennai Corporation (GCC) drafted the bye-laws for the city in June 2018 to ensure effective solid waste management in the city. Given that Chennai generates about 0.71 Kg of garbage per capita every day - the highest in the country - the bye-laws were a pressing need for the overhaul of the image of the city. But will the bye-laws in its current form achieve what it has set out to? Let’s explore the hits and misses in the following sections.

Let me first take you through the manner in which it was brought out and made available for public consumption. For nearly a year, the GCC remained silent about the status of the bye-laws, and in June published them- out of the blue. When it was made available, there was no update to that effect on the GCC website. That the page itself is designed to frustrate the user is a story for another day. Only a handful of media houses reported the framing of the draft notification and suggested that citizens give their feedback to the Corporation at Ripon Building. It is surprising that in the age of smart cities and e-governance, the GCC did not think about creating a space for online engagement in the form of a provision for feedback on the website, which could be designed to be quick and transparent. By deliberately setting up a feedback mechanism that is opaque, there is little doubt that the GCC undermines public consultation and participation in its decision-making.

Section 353 of the Chennai City Municipal Corporation Act, 1919, mandates certain conditions precedent to the making of bye-laws under section 349 of the Act. It forms the bulwark of the relationship between a public authority and the citizens. It recognises ‘fairplay in action’, where the citizens are given an opportunity to be informed and engaged in the democratic process. By uploading the draft on the website with no information on the process for engagement, the GCC has done away with participatory democracy. “I was informed by one of my sources in the GCC that I must watch out for these bye-laws. I landed on it by chance, to be honest,” one reporter confided. Another journalist from a popular vernacular newspaper, which was one of the few to report this, admitted to taking the ‘insider’ route to obtain the information. The manner in which the draft was notified denies informational empowerment and public consultation and participation which are vital to the health of the democracy.

As for the main provisions, the draft is a mere replica of the SWM Rules of 2016. For the most part, it echoes the provisions of the SWM Rules without categorically assigning the responsibilities to the waste generators, especially the bulk waste generators. Under the duties of the waste generators, for instance, section 4(6) states that for all resident welfare and market associations shall, the bio-degradable waste shall be processed, treated, and disposed off through composting or bio-methanation within the premises as far as possible. By reproducing that language of the rules that is recommendatory in tone, the draft does nothing in furtherance to crystallise this into a mandatory one. As a result, a bulk waste generator may evade their responsibility of managing their bio-degradable waste in situ. Not only is this inimical to the state of SWM in the city, it is also unfair to the city’s residents and its city governance to bear the burden of managing institutional and commercial waste.

Another issue that plagues the draft rules is the use of interchangeable, often confusing nomenclature to denote the different categories of waste, again, inherited from the SWM Rules. While it uses ‘dry’ and ‘recyclable’ waste and ‘bio-degradable’ and ‘wet’ waste interchangeably, the section that crystallises the duties of the waste generator uses the terms ‘biodegradable’, ‘non-biodegradable’ and ‘domestic hazardous’ to denote the three categories into which the waste shall be segregated. Terms such as ‘stabilised biodegradable’ and ‘wet waste’ do not find applications in the body of the document. In addition to these terms, the draft also uses the term ‘non-recyclable’ waste in one of the sections. It has been qualified with ‘dry’ in parenthesis to indicate that it is a sub-category within the dry/non-biodegradable waste.

The problem with a generic nomenclature without due consideration of the local context is that it can either cause confusion leading to unsegregated disposal or exclude a large range of materials. As observed during our experience of executing a zero waste wedding, the city currently does not support the management of certain sub-categories within the biodegradable waste such as coconut shells, banana leaves and excessively oily cooked food remnants. Unless the GCC recognises these sub-categories, planning for the infrastructure as envisaged in Section 5 will be challenging and incoherent.

The responsibilities of the GCC in Section 6 are encouraging since they reflect the core philosophy of the SWM Rules- source segregation and decentralisation. In extension of these core principles, the section also talks about the recognition and integration of informal waste pickers, facilitation of the formation of self-help groups for waste work and in general, runs in consonance with the principles of waste hierarchy. While these two dozen responsibilities are too good to be true, one can only hope that obligatory responsibilities which chiefly comprises 3Cs- creation of knowledge base, collaboration, and coordination can help fulfil the responsibilities the GCC has set for itself.

While both the pecuniary provisions- user fee and penalties for the contravention of the law look well-laid out in letter, robustness in implementation will be key to achieving this on the ground. It remains to be seen whether the GCC would obtain the necessary bandwidth to carry-out these core and ancillary functions to achieve effective and sustainable waste management system in the city.

In conclusion, the bye-laws in its present form falls short of a clean sweep due to some patent issues at its core. However, if due measures are taken to rectify the inadequacies, and make the process participatory, it could be an opportunity to wipe the slate clean.