The main objective of this training programme was to:

The program started with an introductory session led by Vishnu Mohan Rao, Senior Researcher, CAG. He provided a brief on CAG’s role in protecting citizens’ rights in consumer and environmental issues and processes of promoting good governance including transparency, accountability and participatory decision making. Following the introduction, Pavithra. R, Researcher, CAG, took the participants through the objective and the agenda of the training program. Further, she provided an overview for the sessions lined up for day 1. 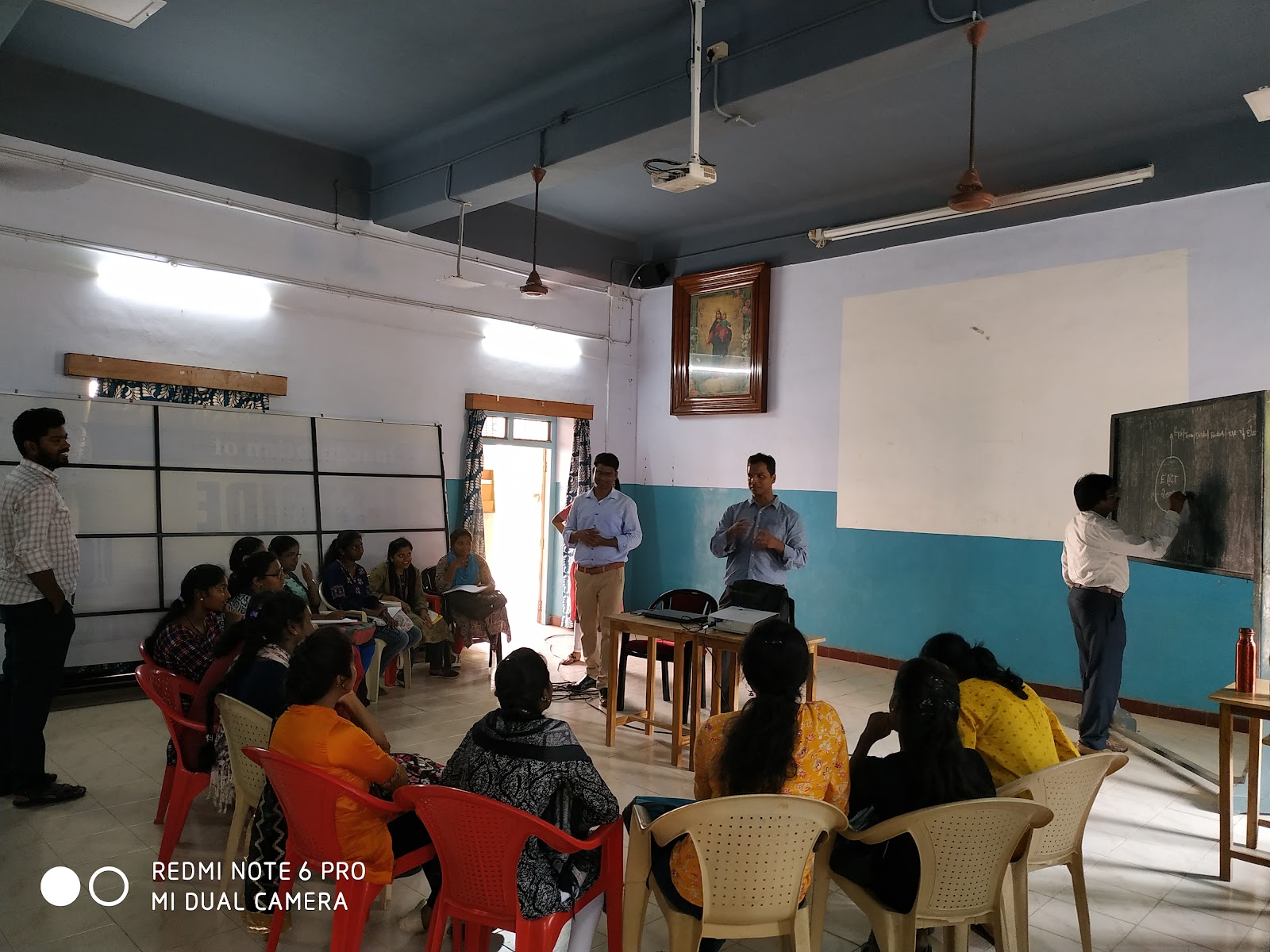 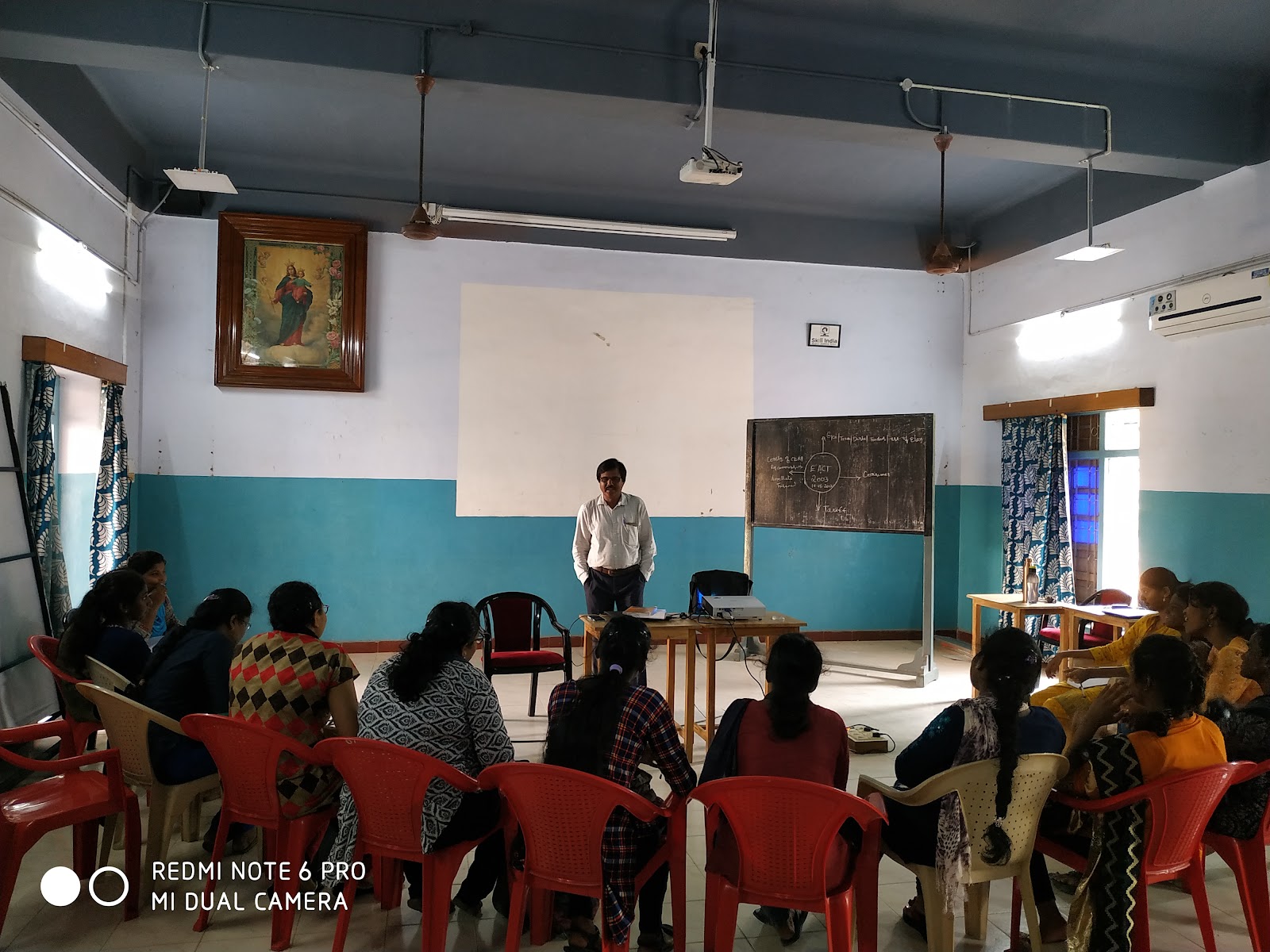 Following the overview of the legislation, a detailed explanation about the Electricity Act 2003 was given by Jeya Kumar Raju, Researcher from CAG. His presentation included details about all 18 parts and 185 sections in the Act and the institutional framework and capacities of the Indian electricity sector. Jeya Kumar explained the functions of the Ministry of Power (MoP), organisations under MoP (statutory bodies, autonomous bodies and public sector undertakings), and Ministry of New and Renewable Energy (MNRE). Further, he explained in detail the installed capacity in India and share percentage of Thermal, Nuclear, Hydro, and other renewables. 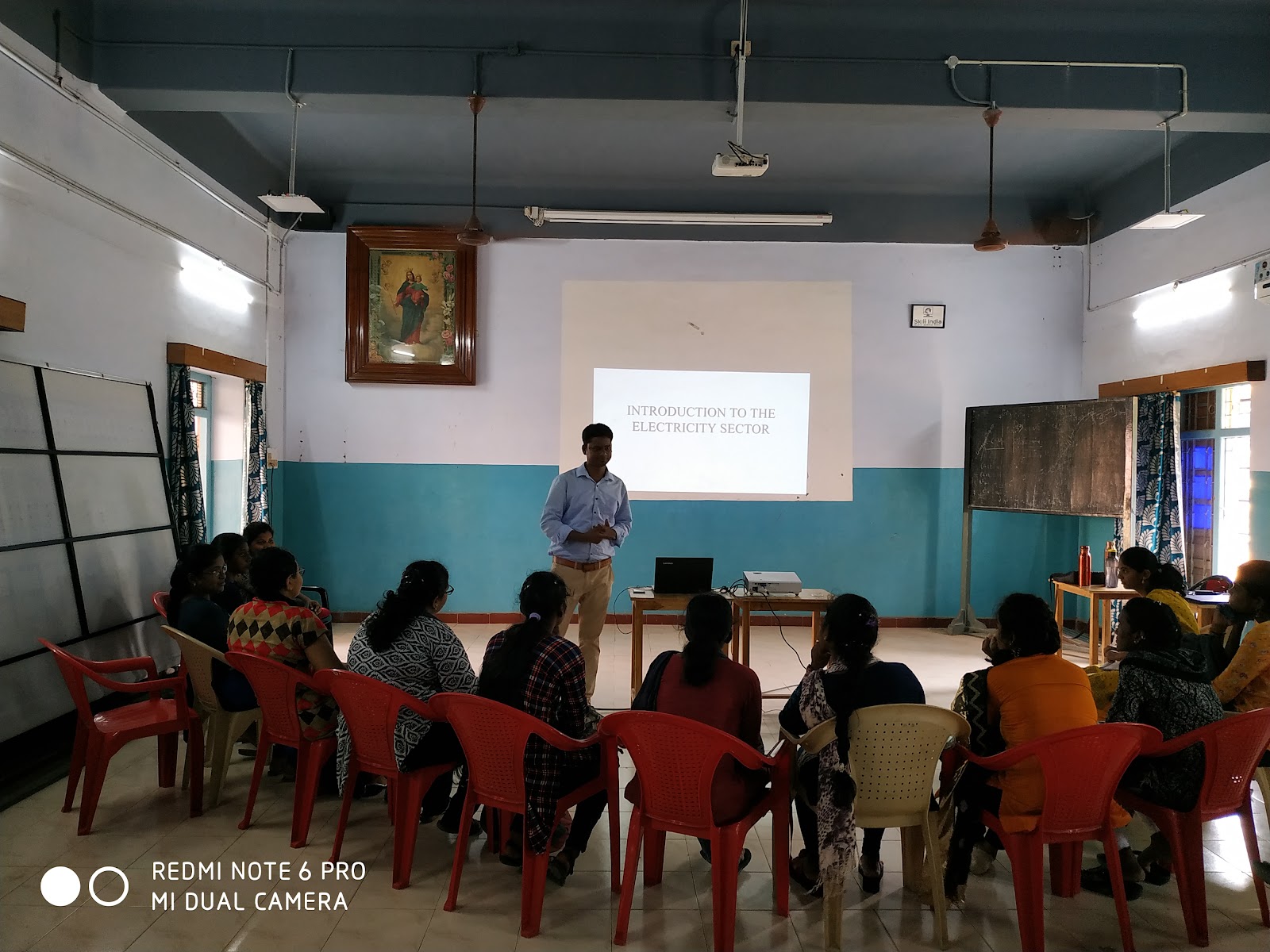 Image 3: Jeya Kumar speaking about the structures of organisations under Ministry of Power and Ministry of New and Renewable Energy

In the next session, CAG team made a presentation on the organisational structure of Tamil Nadu electricity sector, which was followed by a discussion on different tariff details for various consumer categories. The discussion on tariff was followed by an activity where participants were given sample electricity bills to calculate the consumer charges as per the tariff schedule.

Pavithra led the last session for the morning - on consumer participation in the electricity sector - where she spoke about the importance of participatory governance and highlighted the need for consumers to have a voice in decision-making, either directly or through legitimate intermediate institutions that represent their intention. She further emphasised that participation is built on freedom of association and speech, and that participating constructively will enhance the quality and performance of the sector. Through the course of the session, the topics of consumer participation and consumer protection were introduced in line with the respective regulatory provisions and capacities in EA 2003. Among others, section 42 (5-8) on Consumer Grievance Redressal Forum (CGRF) was explained in detail. The group discussed the process and mechanisms of complaint redressal with focus on the categories of complaints, nature of complaints, promptness of resolution etc. At the end of the day, participants were well versed with procedures to be followed in case of electricity complaints. 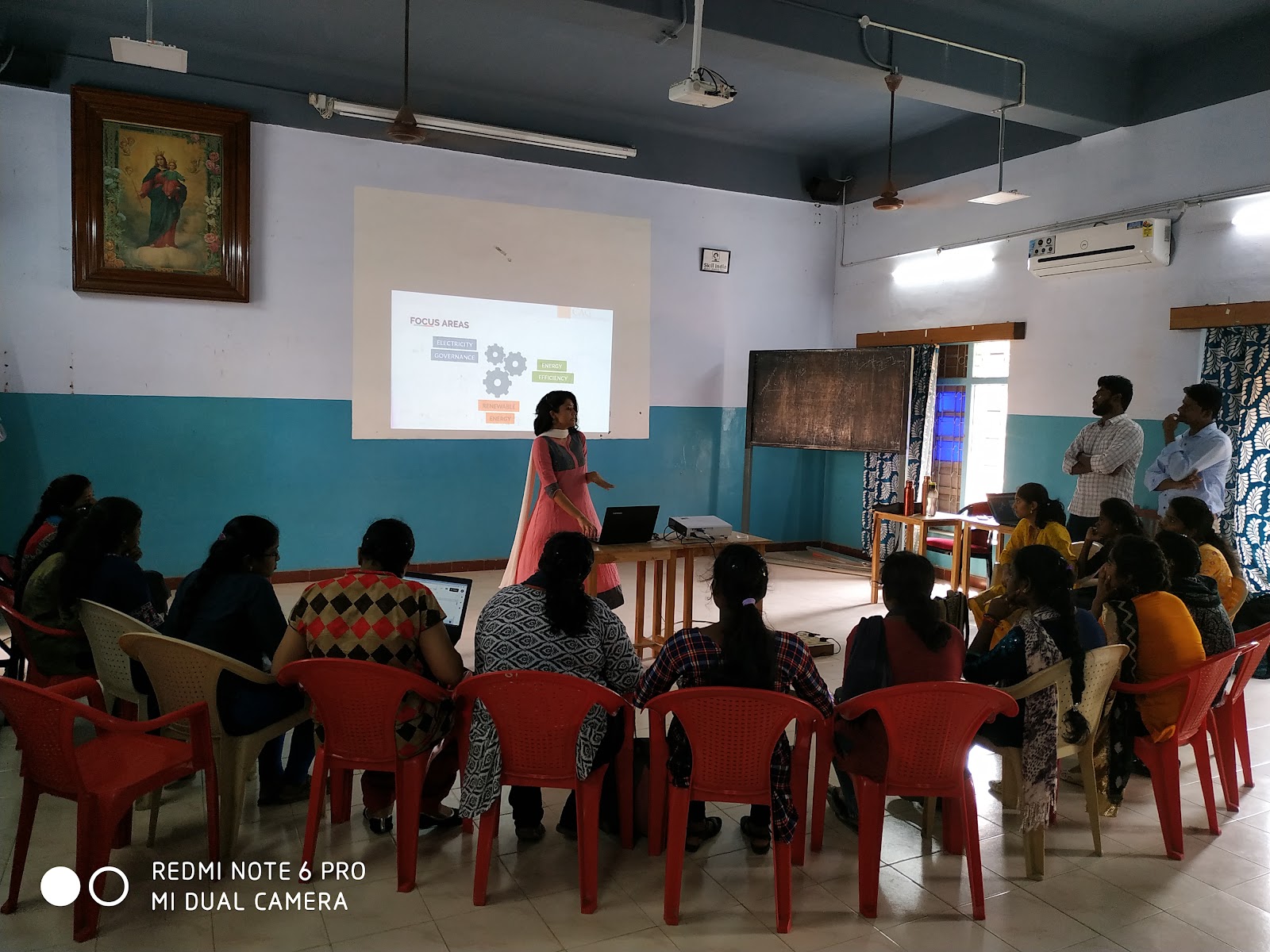 Image 4: Pavithra discussing about CGRF and procedure for filing a complaint

The afternoon session began with a recap of learnings from the sessions held during the first half of the day. Following the recap, Bharath Ram, Researcher - CAG, gave an overview of Electricity Consumer Cells (ECCs) initiated by CAG in seven districts of Tamil Nadu. He made a presentation on the functions of ECCs, the impact of outreach meetings, and proceedings of capacity building meetings. He also explained the different kinds of complaints registered by the consumers and the support extended to them by ECCs. He further showcased various capacity building and outreach exercises conducted by ECCs to increase awareness among electricity consumers.

Day 2 of the training programme started with an interactive group discussion, which involved going over topics introduced on day 1. The discussions were rich and stimulating with insightful feedback and questions from participants.

The morning sessions of day 2 were largely focused on energy efficiency and energy conservation methods at the household level. Jeya Kumar started the session with an introduction to the Energy Conservation Act 2001 and an overview of the 10 chapters and 62 sections in the act. Balaji from CAG then took over the session with a brief on the Bureau of Energy Efficiency (BEE) set up by the government of India under the Energy Conservation Act 2001. The programmes under BEE such as a) Standards and labelling b) Energy Conservation Building Code (ECBC) c) Perform, Achieve and Trade (PAT) were explained in detail. Further, there was also a discussion on Unnat Jyoti by Affordable LEDs for All (UJALA), which was launched in 2015 by Energy Efficiency Service Limited (EESL). The scheme provides LED bulbs, LED tube lights, fans at affordable costs (below market price) at 48 places in Chennai. 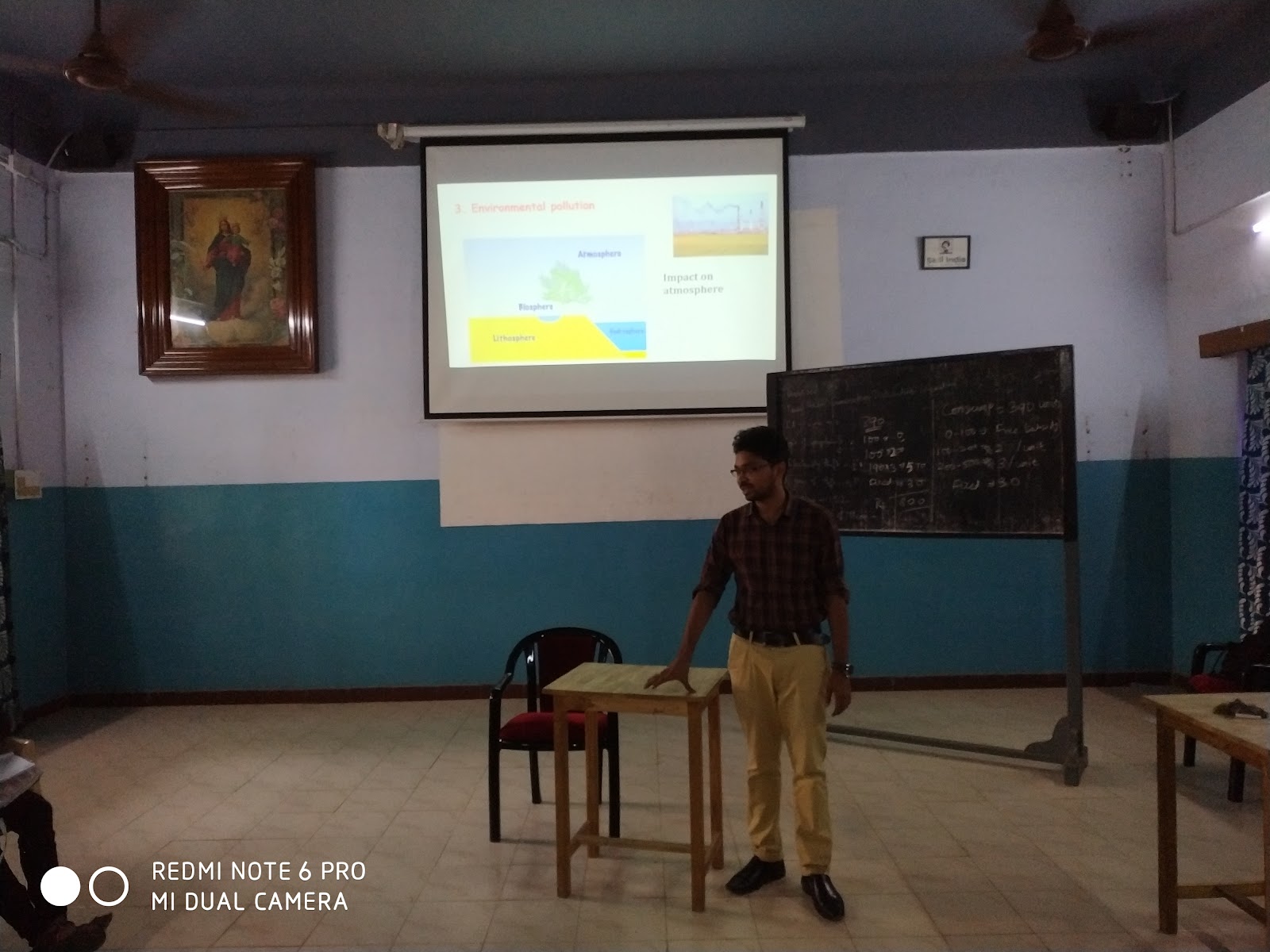 The next session was on energy conservation. Jeya Kumar provided data-driven insights on the increasing demand for electricity over the years and the need to conserve energy. The environmental impact of energy conservation and the importance of engaging communities to conserve energy was amply stressed during the session. Balaji further explained about BEE star rating, UJALA scheme by EESL, and experience with the Minsarathai Semippom Initiative by CAG (in partnership with Technology Informatics Design Endeavour, Bengaluru), which aims to conserve energy through behavioural change. He mentioned that around 650 participants from Chennai signed-up for the initiative and they collectively conserved 7% energy.

Following the presentations and discussions around energy efficiency and energy conservation, an activity to encourage participants to perform energy audit in households was initiated. Balaji highlighted the importance of energy audit at household levels and demonstrated the application of energy audit tool created by CAG. The session for the day closed with the roll-out of the audit tool. Participants could be seen exploring the tool and attempting to understand its method of application with great interest and enthusiasm.

Day 3 started with discussions around household electricity bills, the extent of information available regarding electricity billing and household practices of conservation that can help reduce electricity consumption and increase savings. Following these discussions, the need to focus on alternative sources of energy was established and the importance of renewable energy was highlighted. Jeya Kumar then elaborated on the various renewable energy technologies, installed capacity in India and the importance of solar energy. He further presented the Solar Policy 2019, and analysed the same in comparison with Solar Policy 2012. Following this, Balaji detailed the various steps involved in the installation procedure of grid-connected rooftop solar including, (i) how to calculate the capacity of the plant, and (ii) how to select vendors, panels, inverter and mounting structures, among others. The session on solar energy was concluded with an explanation of net feed-in and net-metering mechanisms.

Mr. Dinesh from SootLess Energy Pvt. Ltd. presented the ground realities of the renewable energy markets. He explained topics such as energy economics and narrated his experience in catering to consumers adopting to solar energy. At the end of the day, students were given an opportunity to present their learnings from the sessions on renewable energy. 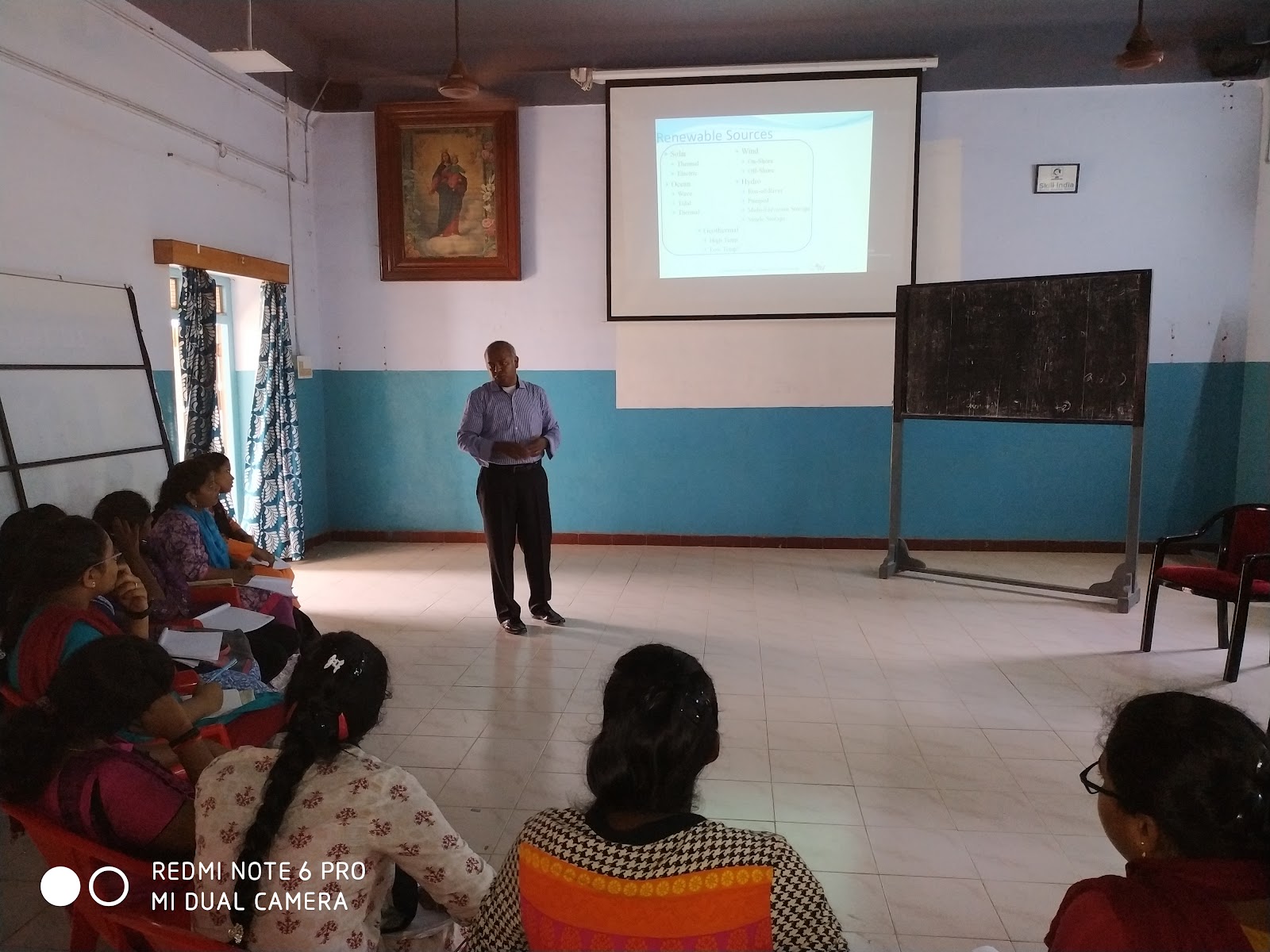 On the last day of the training programme, the participants took turns to share takeaways from the training programme. Sree Sangavi shared her experience with the application of the energy audit tool. She mentioned that she is planning to change the location of the AC outdoor unit in her house since it currently faces east. Monisha spoke about renewable energy and the importance of solar with the help of artwork that represented the concepts. 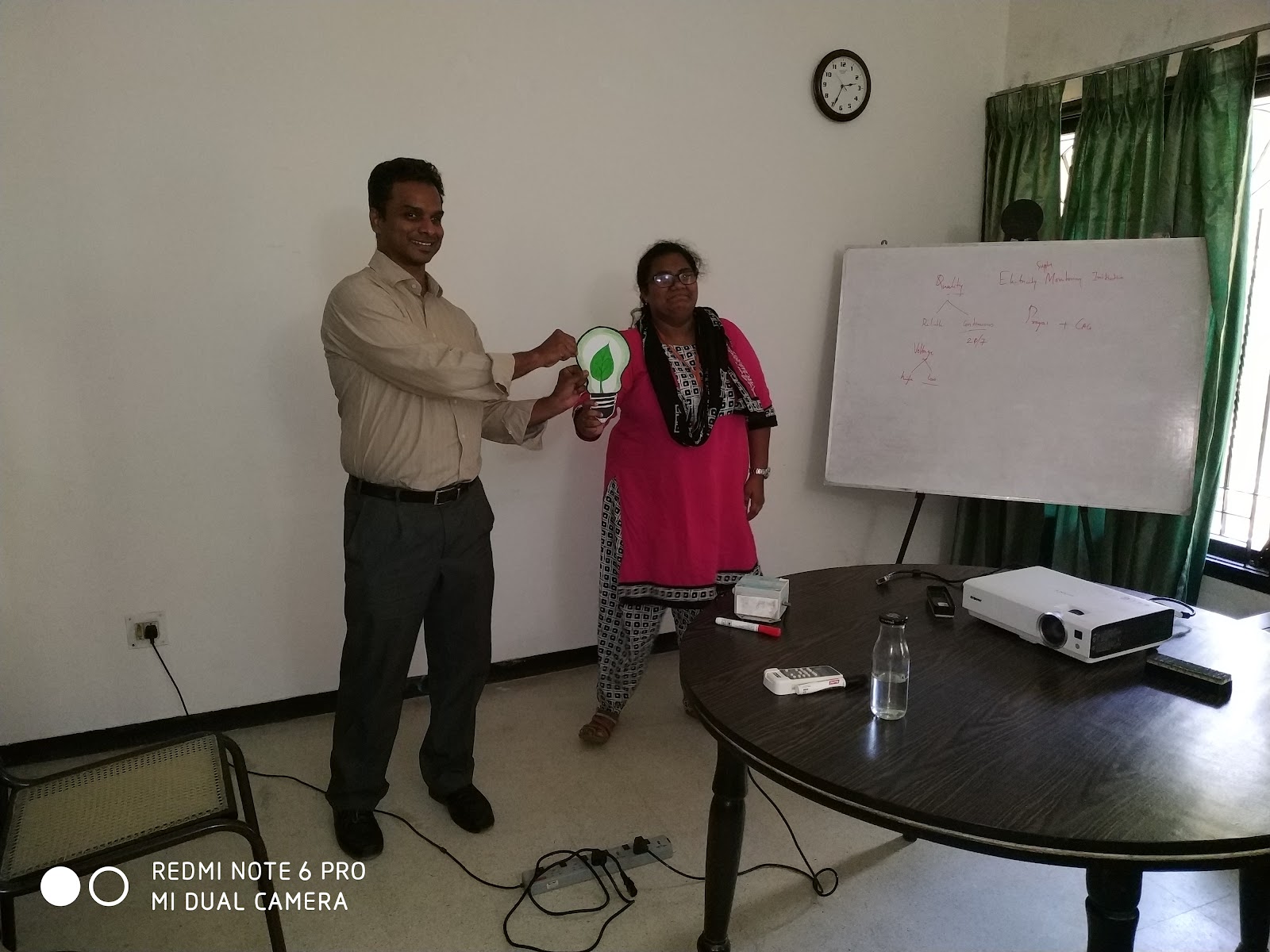 Image 7: Monisha presenting the hand made craft on energy conservation 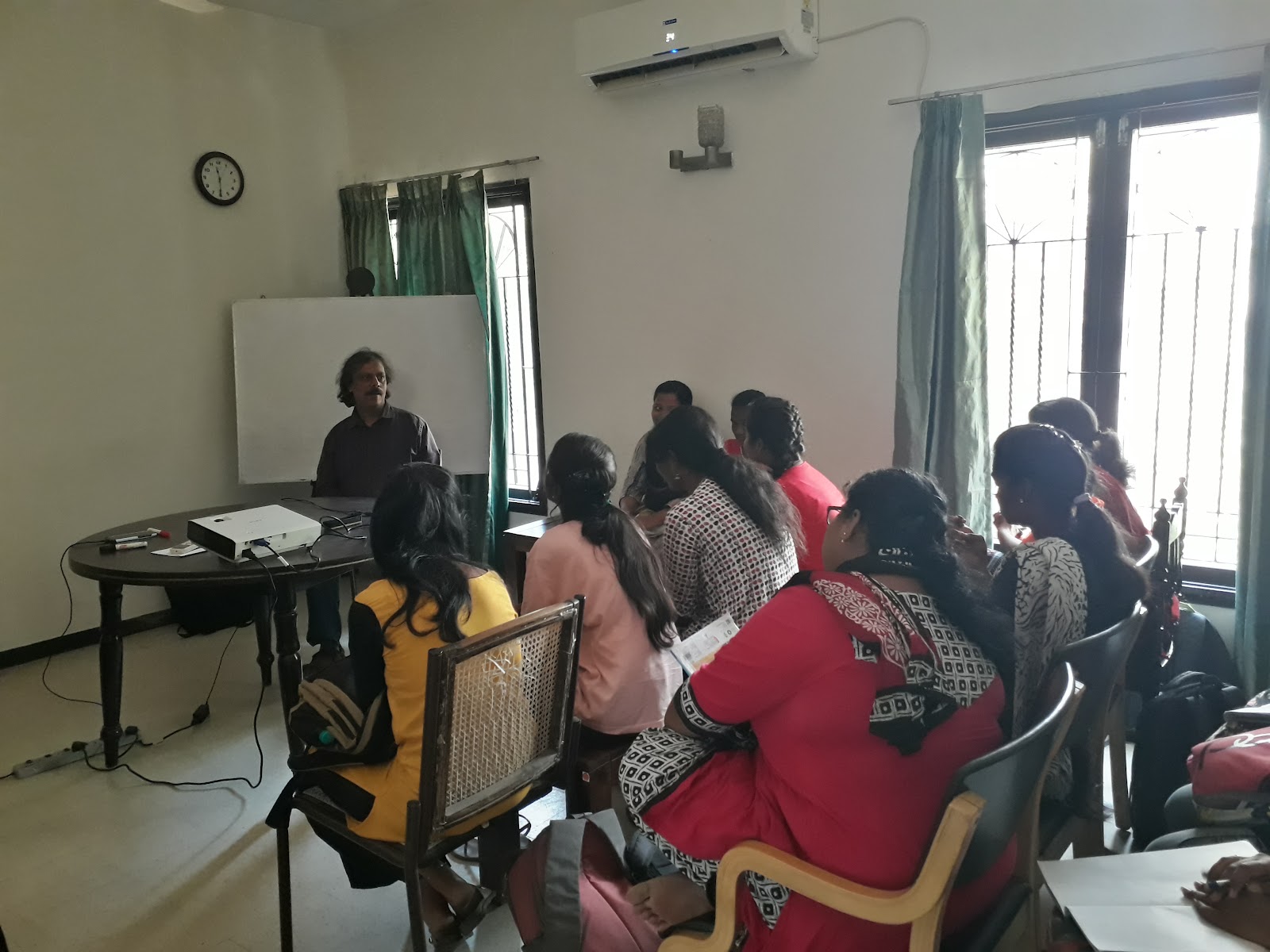 The four-day training programme ended with (i) sharing of best practices around energy conservation and energy efficiency, (ii) discussions on the topics of consumer participation and protection in the electricity sector, (iii)  and finally a talk about careers and opportunities in sustainability was delivered by Nagesh Kumar. J, Director, Centre for Energy, Environment and Productivity (CEEP). They also highlighted that the sessions were unique and engaging as they were focused on relatively less explored topics and were combined with activities and discussions.