Water - Luxury or Element of life?

Social contract theory suggests that people enter into an unwritten contract with the ruler (government) to be protected and served with the basic necessities of life in exchange for which the peoples acknowledge and recognize the legitimacy of the ruler’s sovereign authority. Be it a monarchy, democracy, or any other form of government, the most fundamental duty of the State is to fulfil its people’s basic needs  to lead a life with dignity and protect them against injustice. A State assumes control over all natural resources within its territory and takes upon the role as the regulatory authority. While some resources can be utilised for profit making, like ores, minerals, land, etc, some basic resources belong to the people of the world irrespective of governments in power, nationality, race, caste, gender or ethnicity. Water is one such basic resource, to which everybody has an irrefutable right. Many countries’ constitutions guarantee the right to water as a fundamental right. India’s Constitution also guarantees access to clean and safe water to all persons as under Article 21 but the reality is quite different. Water is a privilege or even a luxury for many Indians; if that is the case, then it is  no longer a basic right. All over the world about 2 billion people suffer without access to clean drinking water. Millions of people all over the world, especially children, die from illnesses caused due to consumption of unsafe drinking water. While providing water for its citizens is a sovereign function of the State, many governments have outsourced this function to private companies due to their inability to perform this service efficiently and transparently.

Privatisation is the process of transfer of ownership and maintenance or service of assets typically owned by governments to the private sector. It is widely claimed to boost efficiency, productivity, infrastructural developments and improve people’s access to basic amenities. This however, is not always true. The wave of privatisation started in the 1990s in Latin American countries and eventually spread across the globe especially to developing countries. The linchpin of this movement was the global financial institutions like the World Bank (WB), Asian Development Bank, International Finance Corporation and International Monetary Fund (IMF) controlled by the world’s ‘Great’ powers. WB and IMF under the guise of handing out loans for ‘poverty reduction and growth facility’ to developing countries, insisted on structural reforms and pushed them to open up their essential public sector services like water and sewerage to private Multinational Corporations (MNC) while making the loans conditional upon the fulfilment of privatisation. Initially, when the wave of privatisation started it was propagated as the most efficient option to cut public spending through cost recovery measures while improving the lives of the people. However, studies show that it worsened the lives of vulnerable people depriving them of access to basic amenities like water and creating long term challenges.

Water privatisation experiments have proven to actually increase the costs of service while prioritising corporate profits over water quality and accessibility since they are accountable only to the company’s shareholders and not the consumers. Privatisation contracts often enable companies to form a natural monopoly.

Proponents of privatisation are the global financial institutions and corporations typically headquartered in developed countries and some international organisations like the UN Economic Commission for Europe. They argue that privatisation offers more choices, reduces prices, eliminates corruption and operates more economically and efficiently compared to the public sector. And in particular, proponents of privatisation of essential services like water argue that water subsidies offered by the government to the vulnerable population promote wasteful practices whereas allowing commodification of water and setting water tariffs by the market forces according to the demand and supply will reduce water consumption and promote water conservation. The problem with this argument is that a basic element of life such as water cannot and should not be commodified, especially at the cost of depriving large sections of the population in developing countries of basic access to clean water.

Opponents of privatisation are the civil society, particularly human rights groups and some multilateral arrangements such as the UN Conference on Trade and Development. Opponents argue that traditional Public Private Partnerships (PPP) are unsuitable for Sustainable Development Goals since they ‘privatise reward and socialise cost’.  PPPs usually operate using the ‘blended finance’ methodology where the governments undertake the risks and the companies reap the benefits. This is a crucial aspect of privatisation because any short term windfall profits made by the PPP are immediately enjoyed by the company and its shareholders while the losses and long term costs are borne by the governments. There have been numerous accounts which claim water to be the new oil which explains why corporates are so eager to privatise water supply to citizens. One ardent opponent of privatisation is the UN’s Special Rapporteur Philip Alston who submitted a report on Extreme Poverty and Human Rights on Privatisation and Development in 2018. He argues that ‘corporations cannot ensure the rights of vulnerable people without undermining profitability’. When profit making is the motto and purpose of any company, it is not logical and prudent to expect the company to take over the State’s duty of providing water to all people by prioritising public interest over private profits.

A case study done by the National Audit Office in the UK shows that private finance models proved to be more expensive and less efficient in privatisation of hospitals, schools,and other public infrastructure. While private contractors bid low prices initially, they have the freedom to increase their tariffs through contract renegotiations. In many developing countries (South Africa, Rwanda, Senegal, Niger, Tanzania, Nicaragua,Honduras, Bolivia etc) privatisation had increased water tariffs exorbitantly and sometimes even up to 600%. This unreasonable and unjust cost fixed for water deprives the low income population from access to clean water even for drinking purposes and as a result people turn towards unsafe water to fulfil their basic necessities for survival. Most often, the victims of privatisation of water are women and children, since the families who cannot afford private water/ clean water, often task their women with collection of water (usually unsafe water) from long distances. More than five million people, most of whom are children, die every year from illnesses caused by drinking unsafe water. People took to the streets in many countries opposing the draconian prices fixed for water by solely money minded corporations and subsequently many countries (Slovenia, Costa Rica, Uruguay, Bolivia, Ecuador, Peru, Colombia, Brazil, etc) amended their Constitutions to include ‘Water as a basic human right and a natural resource common to all’. In the last decade, there have been more critical voices speaking out against privatisation of water and the failure stories of privatisation have propelled many governments to re-municipalise their water services. Between 2000 and 2015, there have been 235 cases of re-municipalisation of water all over the world. Even France, which is home to the two big water corporate giants, Suez and Veolia,  witnessed a big wave  of re-municipalisation of water in about 94 cities. The US saw this happen in  58 cases.

In the Indian context, there have been numerous instances (Tamil Nadu, Chhattisgarh, New Delhi) of water privatisation which ended in failure. The Indian government through schemes like Jawaharlal Nehru National Urban Renewal Mission (JNNURM) and Urban Infrastructure Development Scheme for Small and Medium Towns (UIDSSMT) allows for private sector participation in provision of water. Even the National Water Policy, 2012 has explicitly given the option of privatisation of water to state governments and urban local bodies. In 2014, Madras High Court warned the state government against the evils of privatisation and of its fundamental sovereign duty in providing drinking water to its people. In the above instance, Justice Ramasubramanian, cited the example of Bolivia which was asked to privatise its water supply by the World Bank in the 1990s and signed a 40-year contract with US water giant Bechtel. When Bechtel kept increasing the prices continuously and cutting people’s access to water, especially in  the rural areas, the Bolivian people pushed back against the inhumane pricing of water by Bechtel. After violent riots and loss of thousands of lives, the government was forced to cancel its contract with the company, which then brought the country to arbitration at the International Centre for Settlement of Investment Disputes.

In Tamil Nadu, water is primarily supplied to the people by the agencies of the state government or the municipal corporation, however the government has been unable to provide water to all its citizens. Therefore, there are multiple PPP water supply projects especially in Chennai, Coimbatore, Madurai and Tirupur. Water crisis in Tamil Nadu, especially in Chennai,  has proven to be an issue of misgovernance, rather than a lack of water resources. During the 2019 drought in Chennai, 11 million people were deprived of their fundamental right to clean water. The Tamil Nadu government’s inability to meet the water demands of its people forced  citizens to rely on private water suppliers who inhumanely exploited the situation by increasing prices by as much as 100 per cent. The pain of this was felt more severely by people in the low income communities. Chennai’s rapid urbanisation, industrial acceleration and multiplicity of commercial players is now further alienating the vulnerable population from basic access to water. The fragmented nature of the water governance mechanism in Chennai along with insufficient water tankers, depleting water resources and inefficient administration has allowed for the cartelisation of private water suppliers ultimately adversely impacting the survival of the common people. The overconsumption and subsequent depletion of freshwater resources will only further increase the cost of drinking water in the future.  Chennai, especially being a coastal city, is not unfamiliar to the impacts of climate change as it has already been facing alternating extreme weather events. The lack of a futuristic action plan for water management and conservation raises the question whether the city is ready to tackle the effects of climate change which are becoming more and more evident with every passing year. 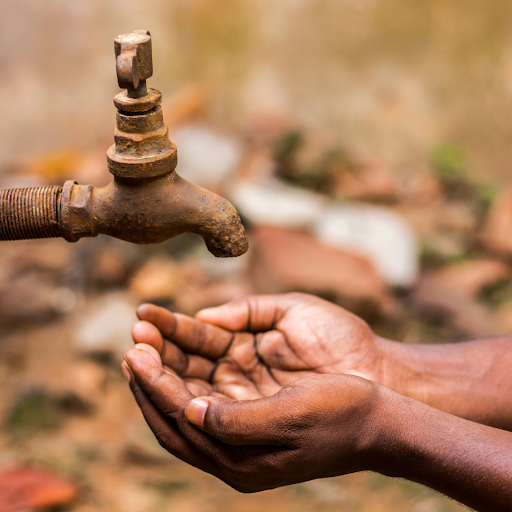 The Tamil Nadu government must immediately prioritise changing its current scattered and fragmented structure of water governance to an Integrated Water Resource Management. While there are increasing cases of re-municipalisation of water across the world, it would be imprudent to imagine the States stepping in and taking over the water supply from private companies overnight. The governments need to start by focusing on improving water infrastructure, making it accessible to all sections of the society and capacity building of its personnel. As we continue to deplete our freshwater resources, the world, especially the vulnerable populations, are the ones who will disproportionately bear the brunt of climate change. Therefore, to leave no one deprived of water, the governments should step up and exercise their sovereign function on its own by improving the water infrastructure and changing their approach of water governance instead of letting the people depend solely on private corporations for their basic water needs. However, until such time governments become fully capable of providing water to all citizens, privatisation will continue. So while private players are still in the picture, it is important to consciously include elements of social and human rights impact assessment and not just view privatisation as a financial mechanism.