In January 2017, I joined CAG, where part of my work focuses on their solid waste management (SWM) projects. I started with the Mapping Waste Trails project, which aims to gain a better understanding of the lives of the informal waste pickers engaged in waste recycling in Chennai. Furthermore, we will be tracking the movements of certain recyclables, to ascertain the routes by which such materials traverse the city-scape, and the value added within each step in the routes. Although waste management is key to the sustainable development of the city, preventing the issue arising at the source is paramount.

As India continues to rapidly grow, both in population and economy size, the amount of waste produced by its cities also continues to grow. Chennai is no different - since the 1970s, the population has increased exponentially, from approximately 2.4 million in 1970 to 4.7 million in 2011.1 Although its waste system also developed across this period, it is evident it cannot keep up with such a sustained growth in population. Although SWM reorganisation is costly and lengthy, it is perhaps one of the most vital services that the city government needs to provide. Poor waste management can lead to a whole range of problems - contributing to the spread of disease, water pollution, increased greenhouse gas release, and impacting the general quality of life for the citizens of the city, especially those who directly work in this sector. In order for the city to continue to grow in a sustainable manner, it is imperative that Chennai improves its SWM system. 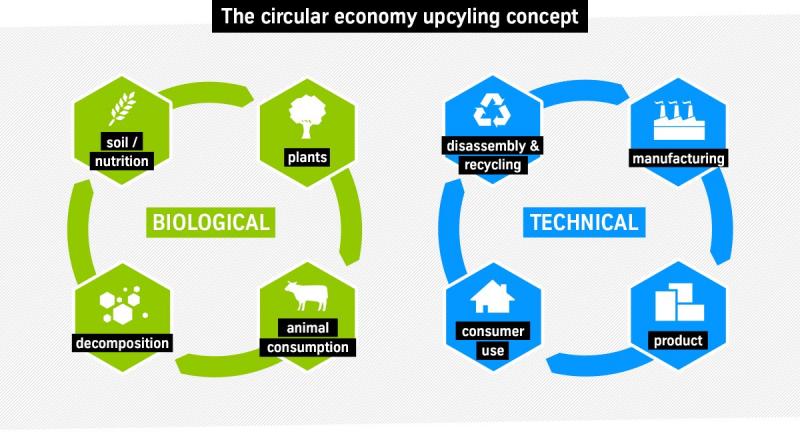 Image 1: “The concept of a circular economy”

To many, waste is not viewed in a positive way. If anything, it is rarely even considered. People use products and dispose of them when they break or no longer have any 'value'. Every day, items are thrown away into our rubbish bins, where the term 'out of sight, out of mind' is appropriate. However, the reality of the situation is that one man's waste, is another man's gold. In fact to many people, waste is a valuable resource. In Chennai, like many other cities around the world, this waste has formed its own economy. It involves a range of people, across different levels of the waste hierarchy, co-existing with one another in order to sustain a livelihood. These informal workers are often marginalised by society, judged by the nature of their work and prejudiced against due to their caste and status. The lowest rank of informal workers are the waste pickers. These workers search through waste, either at dump yards, or in the streets to extract recyclable materials such as plastics, paper, glass and metals. These 'goods' are then segregated and sold onto kabadiwalas or scrap dealers, and other buyers before being sold back to recycling plants, where they are eventually reintroduced back into the economy as new products. Systems like these are essential for a sustainable economy to exist. It is estimated that informal workers are responsible for recycling 20% of the waste that enters the Kodungaiyur dump yard located in North Chennai. Without these waste pickers, the material would enter the landfill and could quite likely remain forever. Furthermore, the burning of this waste continues to impact the communities who live and work around the dump yard, externalising the cost of the waste disposal. Therefore, the impact these waste-pickers have on society should be celebrated, not condemned. Unfortunately, waste pickers continue to be excluded from national labour laws, social protection and government benefits, where healthcare provision and fair wages continue to elude them. 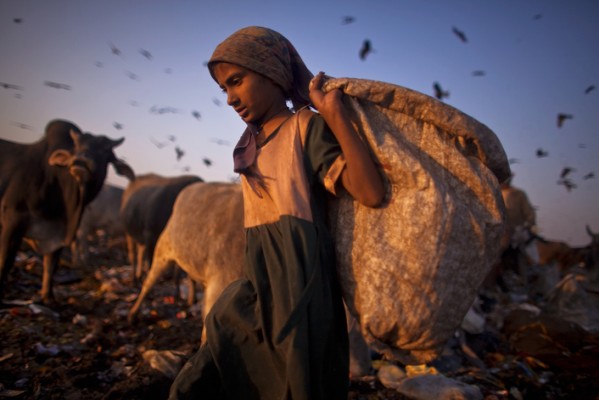 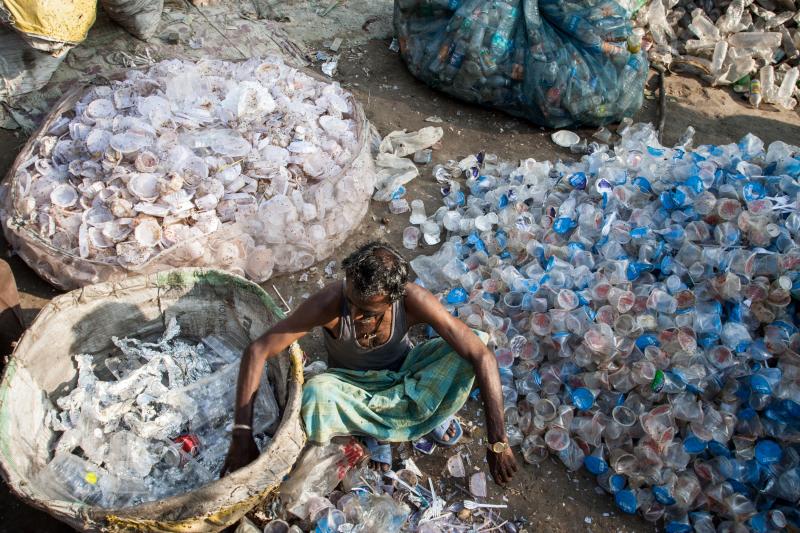 Image 3: “An informal worker sorting through and separating his recyclables”

During my first week of work, I accompanied my colleague, Sharanya Thanapathy, on a visit to the Kodungaiyur waste yard to get a feel for how these workers spend their days. The site is surrounded by a tall wall, which prevents the surrounding neighbourhoods from seeing the 230 acres of built up waste but which cannot keep the smell from telling the real story. The site was a maze; roads branching off and signs erected to represent the different zones. We were heading to a zone where Sharanya had been before, and established some sort of relationship with the workers so that they would not be too off-put by our arrival. After 15 minutes of walking we approached the area where the informal workers were working. I was told they lived behind the expansive mound of rubbish within the dumpsite. I could not quite fathom how anyone could be here for a few hours, let alone sleep and exist here. As we approached, a few looked over to us briefly but other than that nobody seemed to be disturbed by our presence. Two ladies on my left sat amongst the waste, chatting whilst they shared a tin of food. The majority of people there seemed to be women. There were a few men and a handful of children. We watched one woman arrive, get changed into her 'work clothes' and head towards the ever growing pile of waste. Having been to Chennai multiple times, I have rarely seen an area where some sort of building or development is not happening. There is never much open space anywhere, besides the few designated parks. But here I was, surrounded in all directions by waste from the city. It seemed never ending, but I could see buildings in the distance and I wondered what would make anyone want live or work in the surrounding vicinity. But that is a part of the bigger problem. Of course nobody wants to be near Kodungaiyur, and its existence continues to break many of the Municipal Solid Wastes (Management and Handling) Rules, 2016.2 For example, under Schedule I, (A)(vii), it states that "the Landfill site shall not be permitted within the flood plains as recorded for the last 100 years, zone of coastal regulation, wetland, critical habitat areas, sensitive eco-fragile areas" - in fact Kodungaiyur is a marsh area, located ‘on the southern margins of flood prone alluvial lowlands of [the Kosasthalaiyar] River’,3 where many animals and organisms would have depended on its original existence.4

We were here to observe the worker’s behaviour, noting certain things such as: type of waste collected, safety barriers and materials used, key players in the process, patterns in their behaviour, threats, the segregation process and any interruptions. Given this was my second day at work, I was told I was here to get a feel for things today and to simply observe without intention. The informal workers here are illegal, and therefore rather suspicious of outsiders coming in and trying to talk to them. In the past, journalists have ventured into the site, taken photos and caused them grief with the government who seem to deny their existence until a problem springs up and they blame it on the 'waste-pickers'. For the next three hours we stood in the heat, watching truck after truck drive towards us and dump their loads. Workers eagerly awaiting what valuable items the residents of Chennai had so kindly gifted them. It was both surprising and worrying that many of the workers (often the men) literally stood under the falling rubbish - the prized spot to see the full array of the truck contents. These workers assessed the contents value as it poured out, noting the piles that they would later return to when the JCB would disperse and condense the materials.

After about 2 hours, I started to feel ill. I had only been in India for three days, and the combination of the new environment, smell and heat was getting to me. I think the workers could see I was struggling. One older lady seemed to keep an eye out for me. When the trucks and JCBs manoeuvred around, she would usher me in a safe direction before turning her attention back to the waste. There was a section on the left hand side of the road where the trucks did not dump the waste. It was the sorting area, where the workers separated their findings into categories; plastic tops, electrical, PET etc., anything that would fetch them a good price with their buyers. The workers ushered Sharanya and me to sit down. They made me a chair from their collected recycled plastics in a big bag and my protective lady handed me a square of polystyrene for a cushion. About five women sat around us and slowly began talking to my colleague. I was frustrated that I spoke no Tamil. For the last hour, Sharanya and I tried to get closer to the waste pickers as they worked. Whilst continuing to observe their behaviour, I noticed a pile of medical waste nearby. It contained syringes, needles and blood stained vials. Another rule that had been broken. Rule 1.4 of collection of municipal solid waste under Schedule II of Municipal Solid Waste Handling Rules, 2016 states that “Biomedical wastes and industrial wastes shall not be mixed with municipal solid wastes and such wastes shall follow the rules separately specified for the purpose”. 5

Having visited the site on a further two occasions after this, it is interesting to observe the dynamics of the waste pickers. Along with our questionnaires and in-depth interviews, it would be interesting to explore the informal hierarchy and social standing among these workers, and what effect gender has on their work. It is clear that the informal workers have one of the hardest jobs in the city. Not only in regards to the inhumane conditions, and health risks associated with their work, but also in relation to the discrimination they face from the community and the harassment they often receive from authoritative figures and the police. It is very easy for us to come in and assess these workers and draw up our own conclusions, but this would be counter-productive. We must make sure we find out the opinions and views of these workers and how they themselves want the processes within the informal sector to change. We need to enable them to have a voice. By understanding the challenges that these workers face, we can advocate certain policies and solutions that will not only support their human and labour rights, but also help to ensure environmental protection. Their current situation is enough to survive - it is not enough to live.