Child safety in cars: let us protect them with a Child Restraint System

There have been reports of high impact crashes after the first Covid-19 lockdown was lifted as people started moving again. High impact crashes bring into focus the minimum safety systems that one must use while travelling in a vehicle. It is the helmet in case of a two wheeler and seat belt in case of a car. However these safety equipment do not take into account the needs of children.

Lack of sensitivity towards child safety

When it comes to child safety, we cross our fingers and hope all will be well, without seriously considering if we’re doing enough to keep them safe . I asked several parents (I must have spoken to around 30) if they knew what the Child  Restraint System (CRS) was and if they had used it for their children. Just two people replied in the affirmative! One said they had used a CRS until their child was a year and a half old and the other person said he used it till his child was three. Another five people said they had seen people using them in their cars or they had seen people using them in movies.

Clearly, awareness about child safety in cars is not high. Certainly it is not seen as a priority.Most people take road safety seriously only when one of their loved ones is affected by it. Until then they believe that nothing untoward will happen to them, giving any number of excuses such as,  “We weren't going that far”, “I was in a hurry”, “The police don’t check for this”, and “It is used by elite people”. When it comes to using a CRS, there is the  feeling that driving in a car is safe enough and not much thought goes into how road crashes can put a child who is not properly fastened, in serious danger. This issue of child safety in cars also comes into sharp focus only once in a blue moon. For example in 2018 when a famous musician Balabhaskar and his child were killed in a road crash. This incident sparked an outrage over the road safety record of our country, especially the lack of rules governing child safety in cars and the need for strict enforcement of laws. But as typical, our outrage is quickly replaced by complacence and our false sense of security.

Passage of Motor Vehicles Amendment Act, 2019 and its impetus on child safety

Come 2019, things started looking up, the government passed the Motor Vehicles Amendment Act, 2019 (MVAA 2019). It introduced a new provision Section 194 B which mandated that every child should be secured by a seatbelt or a Child Restraint System (CRS). It also made sure that adults take responsibility for the safety of their child with a penalty of Rs. 1000. 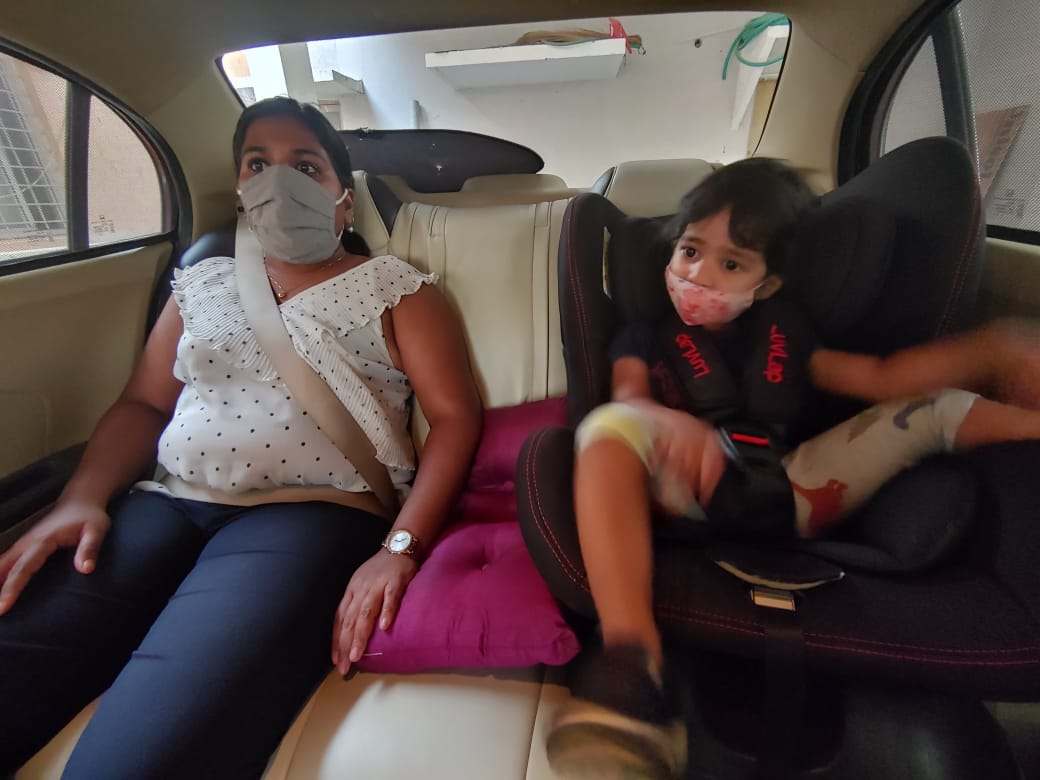 Image 1: A child is safe in a CRS just as an adult is safe wearing a seat belt (Source: Savind C)

How does a seatbelt work?

The car and its occupants travel at the same speed at which the vehicle is driven. When a mishap does happen the car comes to a stop due to the force of the object it crashes with. However the occupants who are also traveling at the same speed come to a halt by hitting the interiors of the vehicle. This sudden impact on the body causes injuries to vulnerable parts such as the head and neck. Seat belts when worn properly, i.e when the seat belt goes over the middle portion of the body and over the shoulder, spreads the force of impact to the stronger parts of the body (ribcage and pelvis) and for longer periods of time. This minimizes the impairment caused to the body.

Why should the child be fastened in a CRS? 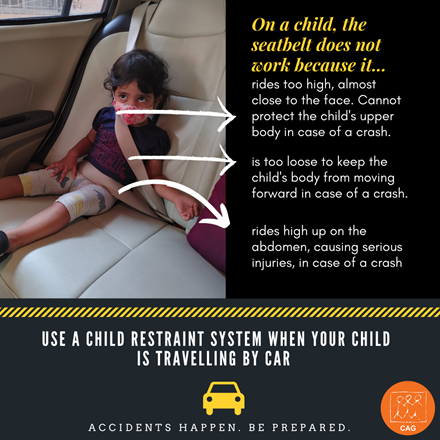 Image 2: A CRS would help children sit securely and comfortably

It is important to remember that the seatbelts are not designed for children. In case of a crash, the child can be thrown out of their seat and can be hit by the interiors of the vehicle causing injuries to the head and chest. CRS through a system of harnesses keeps the child firmly secured in their seats. This prevents the child from hurtling inside the car incase of a collision.

Selecting the right CRS for your child

Just like when buying a helmet, we consider the right size and fit, the CRS comes in different sizes based on the child’s height, weight, and age. As a parent/guardian looking to buy a CRS, the range of products available can be quite bewildering. There are CRS for infants, toddlers and children of varying ages. The most important basis of selection should be that the child's head is not higher than the back of the seat. This is because the neck muscles of children, especially babies, are not strong enough to support the head and a properly selected CRS provides them with the right support. Care should be taken to ensure that the child's weight is within what the seat is designed for.

CRS fits properly with an ISOFIX

The ISOFIX system is the International Organisation for Standardisation which standardises the  attachment points to be manufactured into cars. It enables CRS to be secured quickly and safely. The other main advantage is that it ensures proper installation of CRS thereby holding CRS firmly with the car seat. This system is an alternative to securing the CRS with the seat belts which do not provide enough protection. 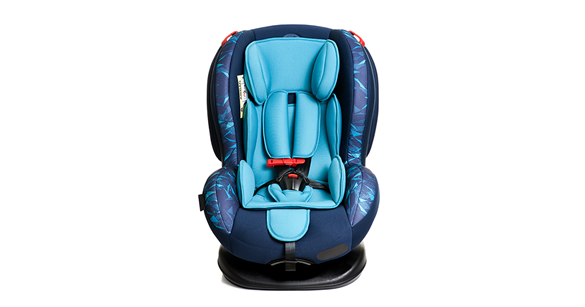 CRS come in different sizes and shapes based on the age, weight, and height of the child. The details are specified by the manufacturer. While all CRS are fixed in the rear seat of the car, some (typically for infants and toddlers) have to be fixed facing the rear while for older children, the CRS will be front facing.  Again such information is typically specified by the manufacturer. There are also booster seats which are useful when a child is a little too big for one CRS but a tad small for the next level.
It would be worthwhile for parents to do a little bit of reading to find a suitable CRS for their child.

Where should the child be seated and how?

Children less than 13 years of age or children small for their age should not sit in the front seats as they are more susceptible to injuries in case of a collision. Besides, they are also at risk due to front seat airbags (airbags can be deployed in even a relatively low speed crash, striking the child and causing serious injuries, even death) They should be seated at the back and properly restrained in a CRS. Since the rules that make it mandatory for citizens to buy a CRS are yet to be notified we have to wait and see until what age the law specifies a child should travel in rear seats and in what position. Until then, the rule of the thumb should be that children travel in the rear and as long as the seatbelt does not hold them in the way it should, they should be restrained in a car seat. Nonetheless, CRS compatible specifications for car manufacturers as given in Automotive Industry Standard (AIS)-072 have been rolled out in India and they follow certain international standards. Car manufacturers have to ensure their cars are compliant with these CRS standards

Image 5: A label on a CRS (Source: goodeggcarsafety.com-Graco)

Most of the CRS now are ISOFIX compatible. Looking at the online stores in India we find that most of the CRS comply with the ECE R44/03 or ECE R44/04 standard. ECE stands for the Economic Commission for Europe. It is a body which certifies that products comply with required standards just like the Bureau of Indian Standards in India. Also it would be useful to check at the CRS manufacturer's car fitting list to make sure that the CRS fits firmly with the seat of your car. In the label if it is specified as ``UNIVERSAL” then the CRS can be used in all cars having the ISO FIX anchorage points. In case it is mentioned as ‘SEMI-UNIVERSAL’ the CRS can fit in most of the cars and care should be taken to see if your car and the model is specified in the CRS manufacturer’s car fitting list.

The ECE R44/03 or ECE R44/04 standard classifies the CRS based on the weight of the child. Now we have a newer regulation i.e. UN R129 (i-Size) which is based on the child’s height. The letter ‘i’ in i-Size denotes ISOFIX. It is much safer as it is tested for side impact crashes. Another advantage is that i-Size CRS can fit in any i-Size vehicle whereas the ECE R 44 standard ISOFIX seats may not fit in certain vehicles. It should be noted that i-Size standard CRS are yet to be widely available in India.

Three reasons why you should buy a CRS

CRS, of course, does not prevent a crash from taking place. It does, however, play a crucial role in reducing the severity of injury to children involved in a crash much like how the seat belt protects adults. If you are looking to buy a car it would be prudent to see whether the car comes with the ISOFIX mounts. This is becoming a more easily available feature in Indian cars, in recent years. The good thing about ISOFIX compatible CRS is that once it's fixed it can be removed with ease and in case the child  travels frequently it can remain fixed in the car. With its relative ease of use there is nothing that is preventing any family from having a CRS for their children. An average CRS costs around Rs 10,000. This is an important expenditure to budget, especially when we’ve budgeted to buy a car that runs into several lakhs. It’s also important that a car owner does not consider a   CRS as an elitist object which only privileged people use. As long as all children are equal, they all equally deserve to be kept safe.

Rules concerning the use of CRS will be notified soon; but why wait for them as road crashes do not come with a forewarning.