Strap Your Safety Gear On! No Excuses Now.

A compliance audit conducted by CAG recently in two districts of Tamil Nadu, (i.e. Thiruvarur and Tirunelveli) revealed that more than 50% of vehicle drivers did not comply with the usage of helmets and seatbelts. The compliance levels of pillion riders in two-wheelers and passengers in cars were acutely low. While this finding does not come as a surprise, it certainly creates an increased sense of worry,  given the fact that Tamil Nadu has been registering the highest number of road crashes for five years consecutively until 2020. 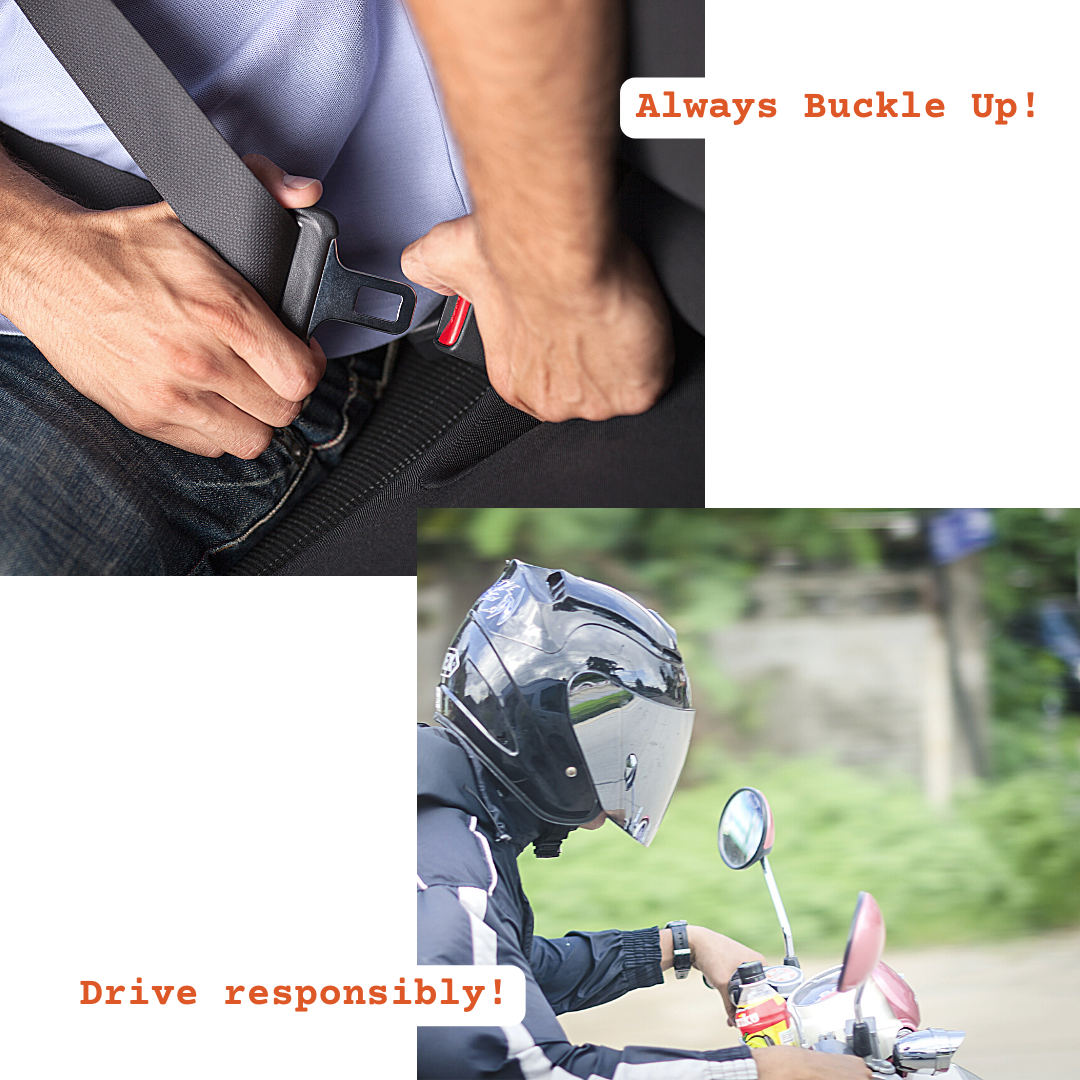 Global data-driven evidence by the World Health Organisation reveals that wearing a helmet reduces the risk of a fatality by 40% and serious injury by 70% in the event of a crash. It also points out that wearing a seat belt reduces the risk of a fatal injury by up to 50% in case of front seat occupants and by up to 75% in case of rear seat occupants. This emphasises the importance of helmet and seatbelt laws covering two wheeler riders, and both, front and rear occupants of a car.

Simply put, wearing safety gear saves lives. Yet a majority of road users ignore the use of safety gear, despite knowing  that they are vital to road safety. Wondering why?

“My hair gets sweaty”

“It’s just a short distance; what could possibly happen?”

“I am a good driver; I will drive slow so I don’t need them”

“I have no storage space for helmets”

These are nothing but a bunch of bad excuses and myths surrounding the non-usage of helmets and seatbelts. Some common observations also include people wearing safety gear only when they are under the monitoring radar of the police or when they witness any police presence on roads; a majority of road users wearing helmets do not strap them on firmly; car drivers and passengers buckle the seat belts across the seat rather than on themselves just to avoid the pain of the warning alarms in cars. These practices are not funny any more. Such ingrained negligence will pinch road users with its serious consequences - it’s only a matter of time; and maybe, of luck running out.

Compliance levels in Tirunelveli and Thiruvarur

A quick look into the Government of Tamil Nadu’s data on the road fatality statistics of the two districts shows that 13.9% of total fatalities in Tirunelveli and 28% of total fatalities in Thiruvarur were attributed to  non-wearing of helmets in 2019. Although the vehicle population characteristics of the two districts are starkly different, the number of fatal crashes that could have been avoided by wearing a helmet remains significant. Lack of data on road crashes and fatalities at the district level due to non-wearing of seat belts also underlines the need to assess the compliance levels in wearing safety gear at regular intervals. Therefore, as a first step, the existing trends in complying to helmet and seatbelt laws were assessed through observational audits conducted by CAG across 10 different intersections each, during the morning and evening peak hours in the two districts. A balanced mix of different categories of roads such as arterials, sub-arterials, collectors, State Highways and rural roads were studied.

In Thiruvarur, the average compliance levels among two wheeler drivers stand at 20% and among pillion riders it hit a seriously low level of 7.3%. In general, seatbelt compliance is low in Indian cities. On an average only 28% drivers comply with wearing seatbelts in the district. Among front seat passengers, only 16% comply and an absolute lack of compliance was observed among rear seat passengers.

These numbers emphasise the need to review existing road safety management measures. Though the district authorities of Tirunelveli and Thiruvarur have been undertaking a handful of measures to instill awareness and education on road rules among the varied road users, there are other allied aspects to road safety that require increased focus.

Awareness and education on the usage of safety gears and their laws only motivate a few to actually abide by them. Enforcement is the key to bridging this gap. Therefore, it is important to assess the impact of existing enforcement types that are practiced so that resources, technical capacity and manpower can be optimally channelised to reap visible results and increased compliance.

The following three focus areas should be prioritised in order to increase compliance levels and pave the way for reduction of road crash injuries and fatalities,

The findings from the two  districts in terms of compliance in wearing safety gear can be considered typical of  Tamil Nadu;  it’s therefore important that all districts take these statistics to mind and  strengthen their road safety management practices. The detailed report on the study along with a set of actionable recommendations to be adopted by the districts will be published shortly on CAG’s website. Low hanging fruits such as collecting steep fines as per the MVAA 2019 should be notified to enable road users to think and drive responsibly. Without a doubt effective enforcement practices will help road users take ownership of individual road discipline and save lives on road.