Let us know the fact of FoPL ! 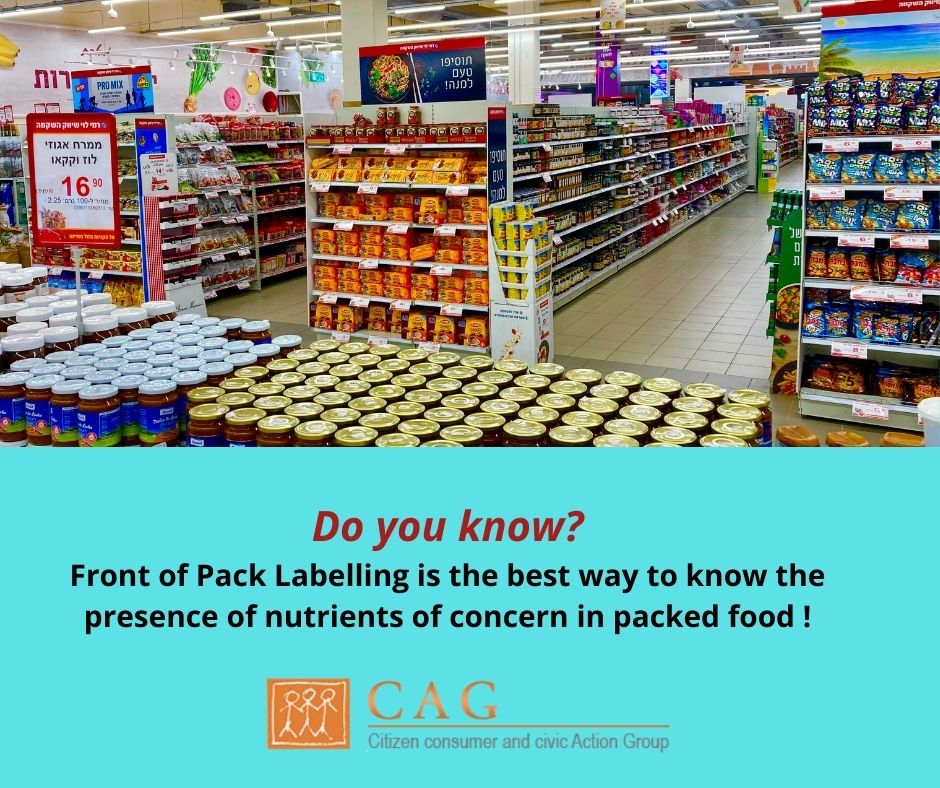 Front of Pack Labels help us to make healthy food choices to keep ourselves and our families away from non-communicable diseases. 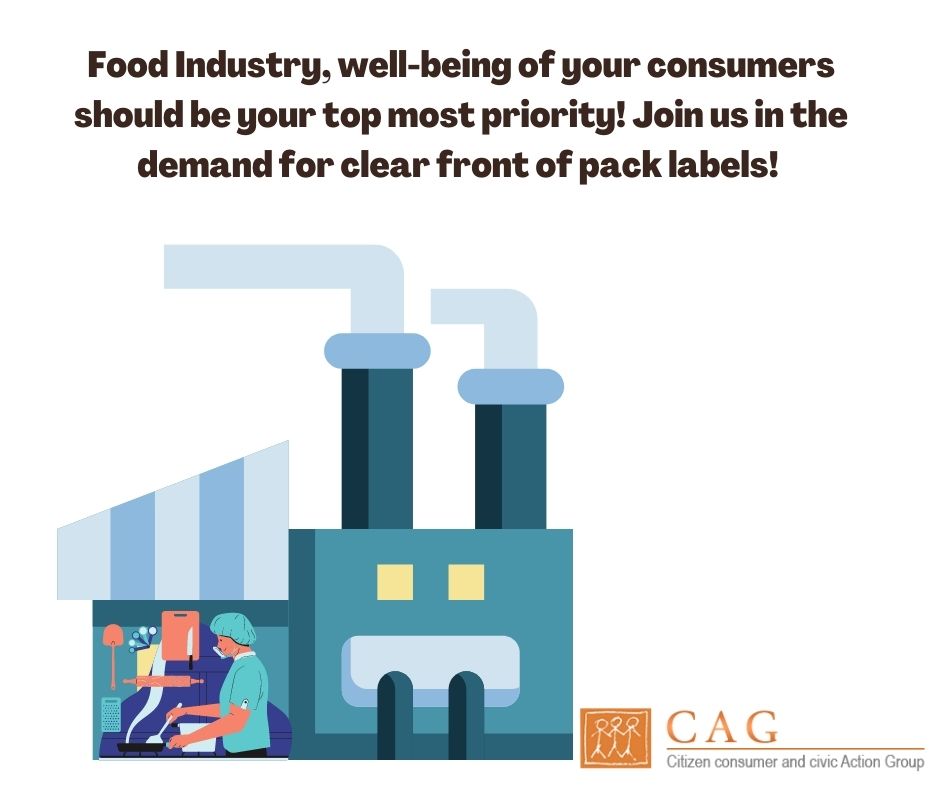 The labels of ultra-processed foods should be clear and easy to understand about their nutritional information, which makes it easier for consumers to know the actual amount of sugar,fat and salt. 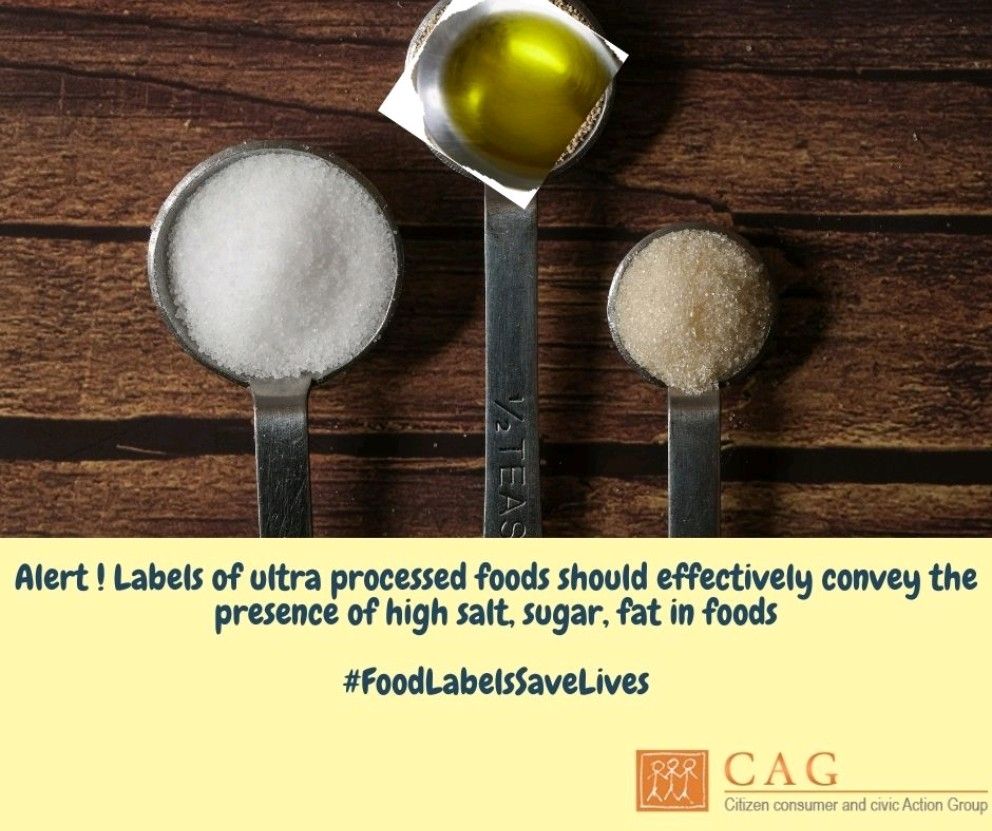 We demand healthy food policies to alert consumers on high fat, salt and sugar via Front of Pack Labels (FoPL) in packed foods. 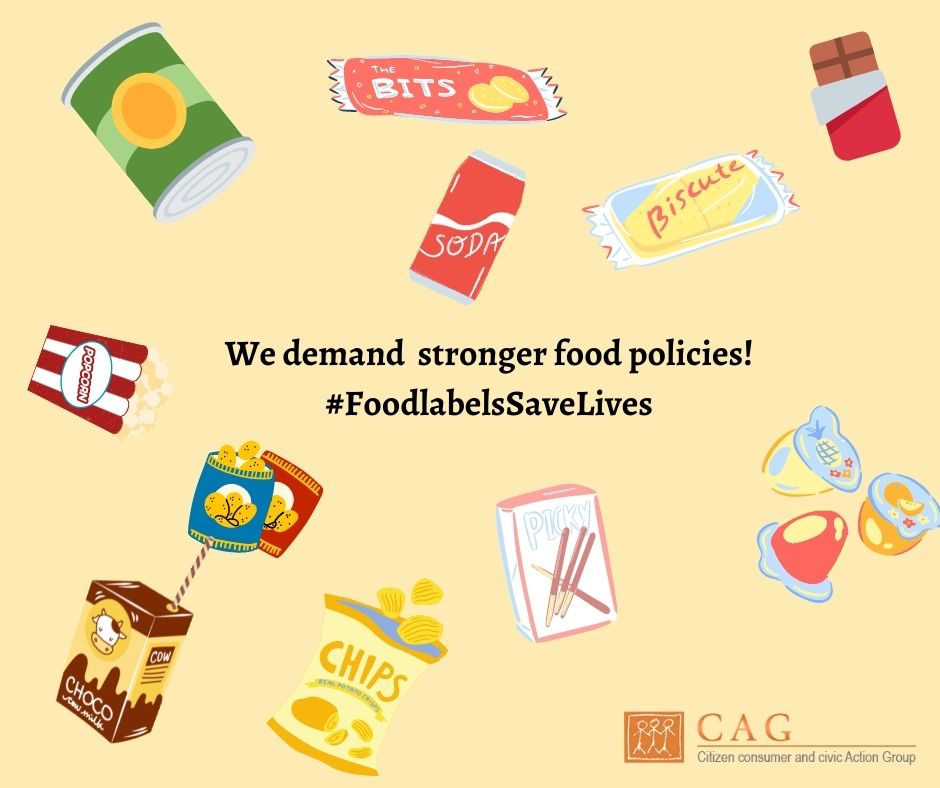 According to the International Diabetes Federation’s (IDF) Diabetes Atlas, one in six people with diabetes in the world are in India and according to the 2019 census, 1.6 million deaths were directly caused by diabetes.

In India, the burden of obesity and diet-related non-communicable diseases (NCDs) such as diabetes, hypertension, and heart disease continues to rapidly grow across all parts of the country.

Front of Pack Labels (FoPL) are simplified, decipherable information of certain nutrients of concern like fat, salt and sugar on pre-packed or processed foods. FoPL is designed to help consumers identify and compare between products at the point of purchase. The information on FoPL therefore needs to be placed in such a manner that  the information is noticeable and easily understandable.

World Health Organisation (WHO) states that the Front of Pack Labelling (FoPL) is a crucial policy tool for nations to provide healthier food options for citizens, and provides guiding principles and framework manual on FoPL for various regions, including the Nutrient Profile Model (NPM) for the South East Asia region. NPMs define whether a food product has excessive levels of sugar, salt and fats and state what the threshold is for each nutrient of concern. NPMs can either follow a regional WHO format or be decided by experts (who are free of conflicts of interest) in the country, based on the country’s nutrition guidelines/diet. The Food Safety and Standards Authority of India (FSSAI) proposed draft Food Safety and Standards (Labelling and Display) Regulations, 2018 introducing the FoPL for packed food in India. FSSAI adopted the scientific, evidence-based WHO SEARO NPM, which was not accepted by the industry. Later, in 2019, FSSAI developed a modified set of thresholds – a study done and validated based on the Indian context and environment. This was also more in line with the WHO SEARO model. However, the industry was reluctant to consider this as their argument was that Indian consumers preferred food high on sugar, salt and fat and they would lose business if the thresholds were low. FSSAI has referred this to a Working group.

Healthy food and nourishment are key for a healthy life. However, changing lifestyles has modified the dietary patterns with an increase in the consumption of processed and ultra processed food that are high on sugar, salt and fats. This in turn has led to an alarming increase in non - communicable diseases (NCD), resulting in thousands of people losing their lives every year. Considering the seriousness of the issue, the World Health Organisation (WHO), has suggested reduction in the daily intake of fats, sugar and salt - reducing saturated fats to less than 10% of total energy intake; reducing trans-fats to less than 1% of total energy intake; reducing salt intake to less than 5 g per day ( could prevent 1.7 million deaths each year) and; reducing sugar intake to 5% of total energy intake (will protect humans from NCDs like stroke, heart attacks and hypertension). The FSSAI campaign “ Aaj se thoda cum” is also aimed at educating consumers on the importance of reducing intake of sugar, salt and fats.

Watch out for foods that go through different stages of processing. They contain more sugars than the recommended level.  #transfat #foodsafety #StayHealthy #nutrition 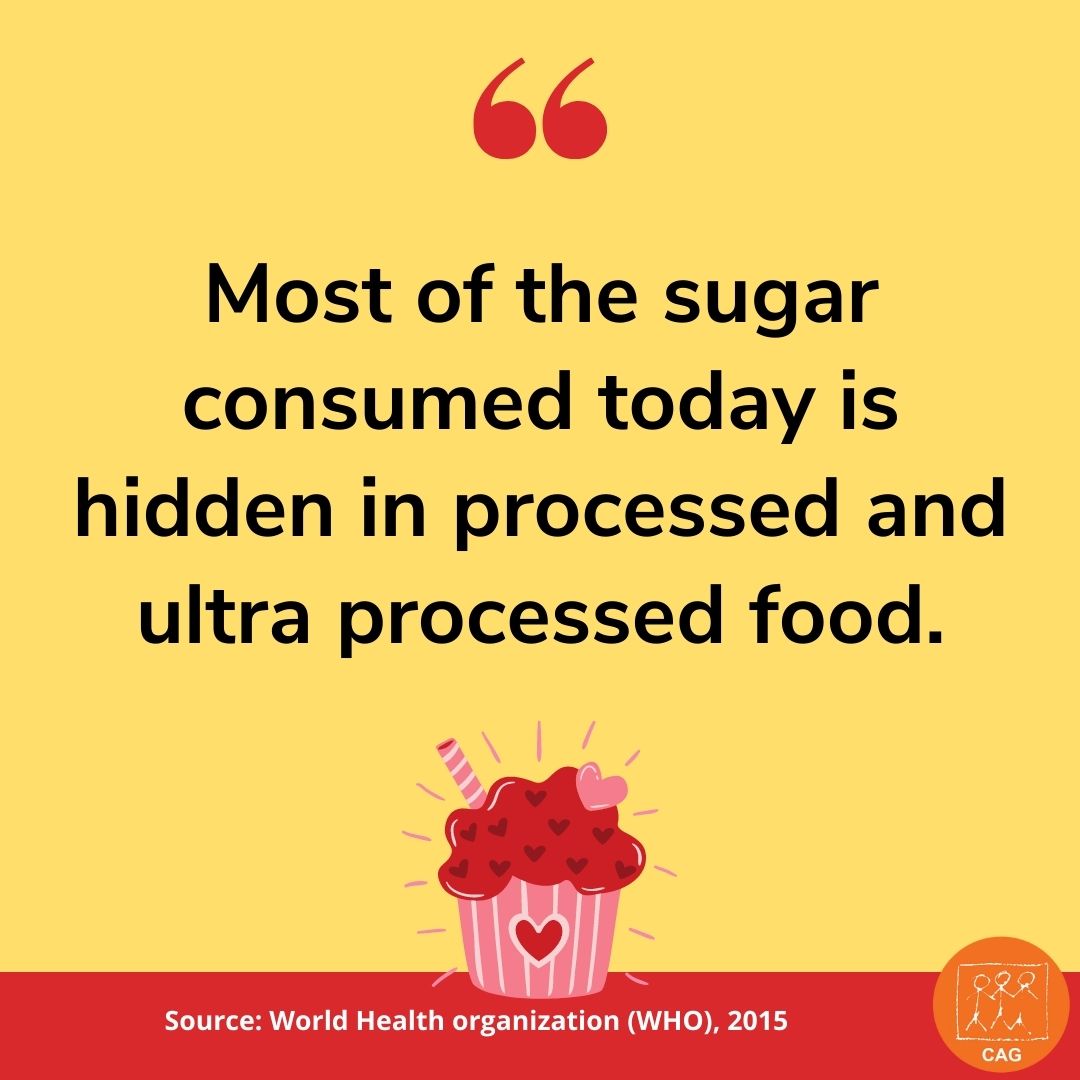