Description: To discuss about the progress of the ECCs and understand the various challenges faced by the ECCs. The discussion led to some possible solutions to address these challenges 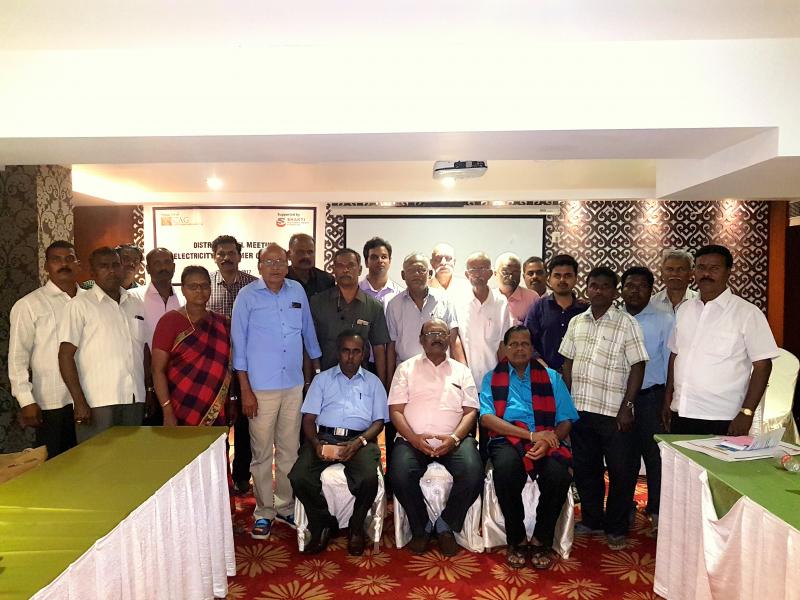 The district level meeting was mainly organized to review and understand the different challenges faced by the ECCs since its inception in addressing the broader objectives of the initiative. The purpose of the meeting was to make clear of the roles and responsibilities of the ECC experts and coordinators. 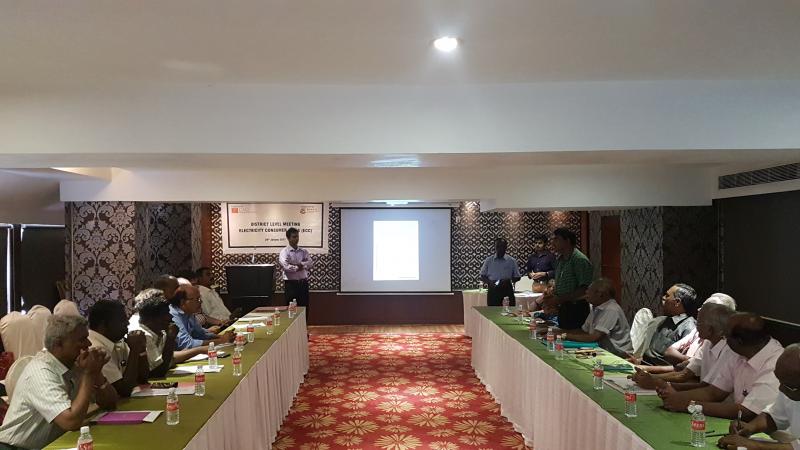 Mr Vishnu briefed upon the progress of the ECCs since November and emphasized on the primary aim of ECCs in educating and advising electricity consumers. The basic rationale for forming the ECC is to completely transfer and share the knowledge and capacity of CAG to the ECCs. The awareness materials and initial round of promoting the Cells were successfully carried out. It is good to see positive feedback from both the consumers and local EB officials about ECCs. Statistic pertaining to the electricity complaints received was also presented so as to encourage the ECCs to further extend the work to a wider group of consumers. A majority of the complaints received as of now is primarily from domestic but since Cuddalore and Tirunelveli are agriculture area, it is felt that there needs a push to receive complaints from the agriculture category as well.

ECC state level experts Mr Gunasekaran and Mr Sivakumar spoke about the role of Tamil Nadu Electricity Regulatory Commission (TNERC) and management of finances by Tamil Nadu Generation and Distribution Corporation (TANGEDCO). The discussion interestingly led to engaging discussions about various administrative issues. They also expressed their confidence and goodwill that ECCs would serve as a very good platform to address the various institutional gap in the electricity sector. 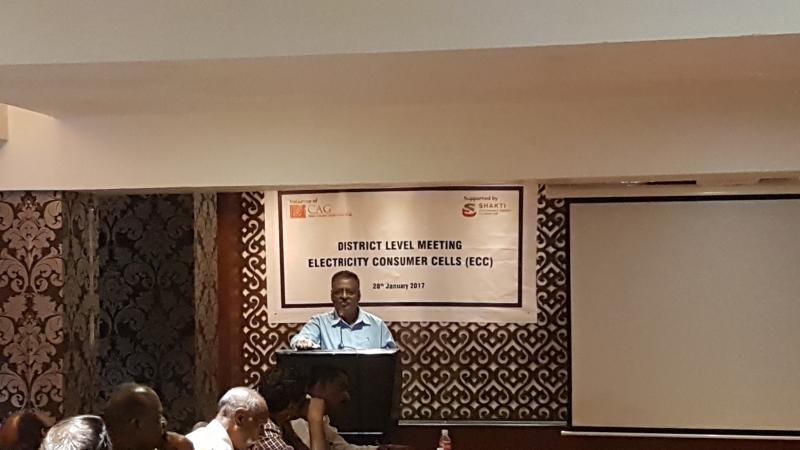 All the ECC experts shared their specific views about the ECCs. Since they have wide experiences about the sector and as well engaging with the communities they shared their perspectives about how ECC can efficiently act a mediator between the consumers and the utility. The cooperation of both the consumers and the utility is important for the ECC to function smoothly. 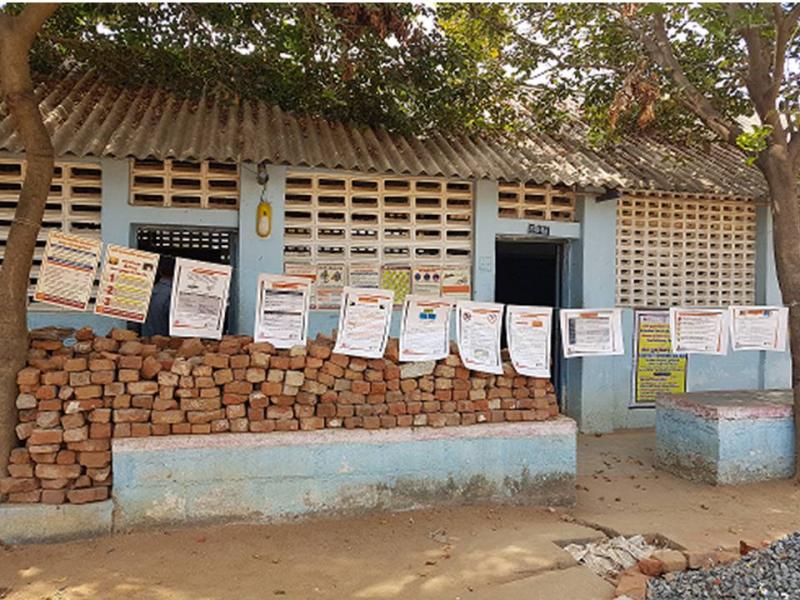 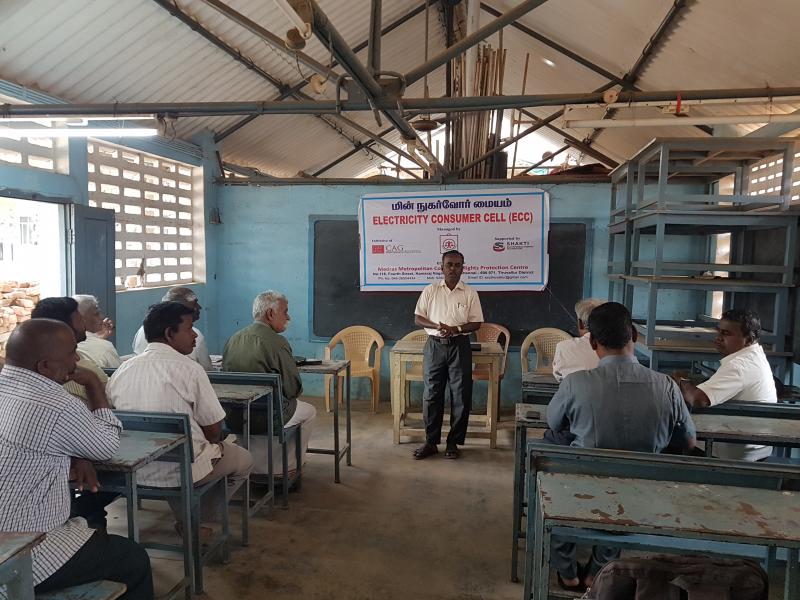 The meeting was to raise awareness among consumers on ECC related work and to discuss electricity matters. ECC Tiruvallur Expert Mr. Ashokan educated consumers on solar energy, power deficit in the state of Tamil Nadu, generation challenges, poor financial position of TNEB etc. He emphasized on the importance of ECC in helping consumers and also shared the vision of educated and well informed consumers being able to resolve complaints on their own without any assistance. During the discussion, a majority of the people was of the opinion that it is the responsibility of the service provider to take care of its consumer; however, there is a failure to do so. Consumers are unaware of the sector and should develop the curiosity to learn and ask questions on various aspects of electricity on their own. This will enable consumers to know their rights and responsibilities and they themselves can demand for better and quality services without any assistance. 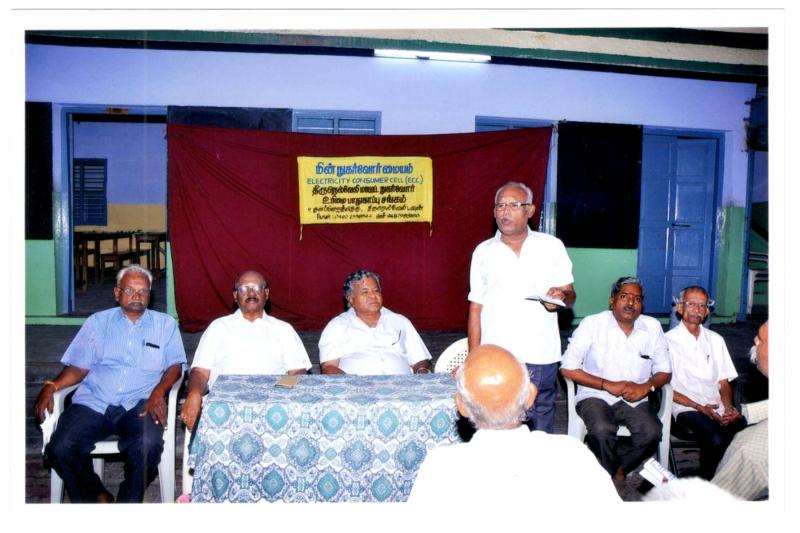 ECC Tirunelveli conducted its first outreach meeting at Little Flower Higher Secondary School in Tirunelveli as part of a monthly programme named ‘Naam Arinthukolvom’ conducted by the school. The school conducts this program during every month to discuss about various public issues. The event was inaugurated by the school chairman Mr Mariya Susie and gave an introduction about the need to create awareness about the electricity services particularly to the rural consumers. 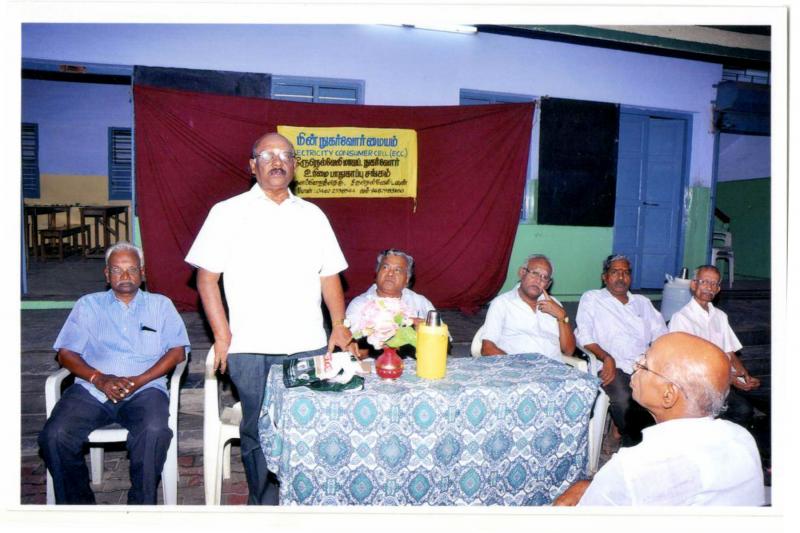 Since a lot of school children actually expressed interest in the topic the ECC and the management of the school agreed to conduct frequent training sessions to educate them about the electricity sector.

Description: To create awareness about key issues of electricity regulation and governance. Demonstration on energy efficiency and advantages of on grid solar energy for household sector

ECC state level experts Mr Gunasekaran and Mr Sivakumar presented a talk on the regulatory commission, implications of the recent ARR tariff petition and some financial aspects of TNEB. Renewable Purchase Obligation (RPO), the mandated share by TANGEDCO to purchase power from renewable sources of energy, needs some clarity as there is general ambiguity in distinguishing between solar and non-solar RPO. RPO needs to be strictly mandated and overlooked to achieve the yearly targets.

Tamil Nadu, Uttar Pradesh and Rajasthan are financially the worst performing states. The Transmission and Distribution (T&D) losses figures are dubious and should be estimated correctly for better forecasting of demand and supply. The awareness about the sector is not only low among the consumers but also among the officials. Despite increasing capacity additions, some places in rural and semi urban areas still face frequent power cuts and this is primarily attributed to the lack of human resources and purely giving importance to technology.  Another important reason for the deterioration of the utility is the lack of coordination among the officials in implementing policies and attending consumer complaints.

The speakers jointly stated that it was truly interesting to see strong support and interest of the local EB officials in creating awareness to the consumers. A resource person from the TNEB briefed upon energy efficiency and demonstrated consumers about reducing electricity charges by switching from incandescent bulb to energy efficient LED bulbs.

They also took initiatives to distribute pamphlets on energy efficiency in the local language and set up a stall that sold fans, LED bulbs ad tube lights promoted by the Energy Efficiency Services Limited (EESL), a central government body. The consumers got brief understanding about energy efficiency and how one can reduce carbon footprint and at the same time pay less for the electricity used. A solar energy entrepreneur demonstrated on the advantages of grid connected solar rooftops and how exactly solar panel works.

ECC Tirunelveli expert Mr Shanmugam raised his concerns about the differences in the functioning of the EB in the rural and urban areas. He made it a point that the services in the rural areas need to be rendered in the same way as it is in urban areas and requested the officials not to misuse the weakness of the rural population. The local EB officials also directly interacted with consumers and requested the consumers to cooperate with them during critical times in order to handle their complaints efficiently.

During the discussion on queries related to tariff, the experts stated that the political scenario is very sensitive in Tamil Nadu and unfortunately the government intervention in policy matters is high and there is little say by the TNERC in key matters relating to subsidies and tariff. The amendments relating to cross subsidy in the Electricity Act 2003 can easily be changed as per interests of the government and utility. This needs immediate attention. Tamil Nadu is one of the few states that is very much reluctant to increase tariff and keeps the rates mostly in status quo. The government keeps tariff for the domestic sector at very low and charges relatively high price for commercial and industrial sector i.e. cross subsidy. This cross subsidy seems to be high in Tamil Nadu and hence lot of industries is going out.

Managed by: Southern Consumer Organization for Protection and Empowerment (SCOPE)

Description: ECC Cuddalore carried out intensive outreach activities by distributing over 800 ECC pamphlets to college students at Shree Raghavendra Arts and Science College in Keezhamoongiladi and also to the general public. This was basically to promote the work of the ECCs to people in Cuddalore. The members of the ECC Cuddalore distributed these pamphlets to the public in the busy main town area at places such as market and bus stands. They also interacted with some people about the initiative and how they can be approached. The pamphlets were also given to few shopkeepers on request. 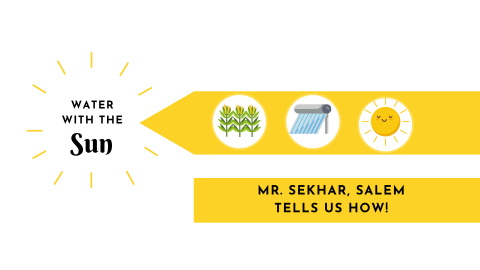 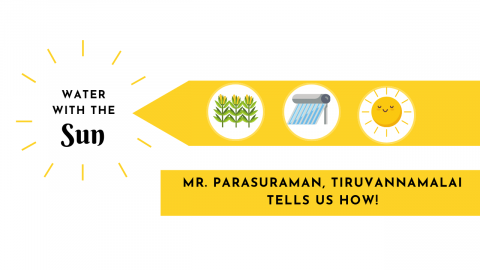 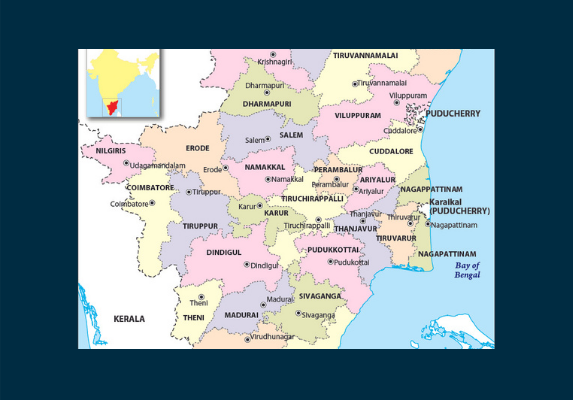 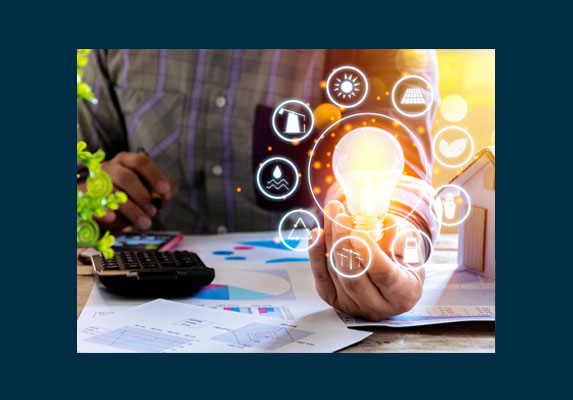